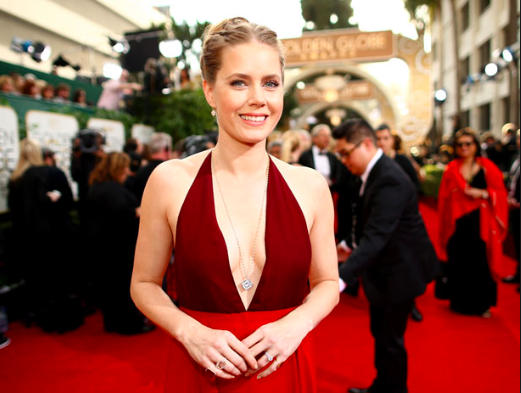 Leonardo di Caprio finally got a Best Actor award, Jennifer Lawrence and Amy Adams won for their performances in American Hustle, and Breaking Bad was recognized for its television genius.

The actual Golden Globes 2014 award show didn’t go off quite as well. Despite Tina Fey and Amy Poehler’s hilarious hosting, terribly botched, painful acceptance speeches and awkwardly long walks to the microphone slowed the pace to a crawl. Jennifer Lawrence spoke without a shred of elegance. The lovely Jacqueline Bisset appeared to be either drunk or stoned.

Thus, we’ll turn now to the fun part of the night—red carpet fashion.

Here is DOWNTOWN’s definitive list of the best dressed gals of the evening.

Kate Mara went va-va-voom in a silver J.Mendel dress. She looked fresh, seductive, and almost other-worldly thanks to her shocking blonde hair.

Jessica Chastain updated old Hollywood style in a black Givenchy dress. It was flawless, classic, elegant, but far from minimal.

Amy Adams channeled her American Hustle character and wore a gorgeous red Valentino with a ’70s vibe. Like her, it exuded easy, retro elegance.

Cate Blanchett dazzled in Armani Prive, a favorite of the star, and looked timeless. Black lace and diamonds are always a good choice.

Emma Watson took an original approach to Golden Globes dressing and it paid off. Her Christian Dior pant and dress combo proved she’s all grown up.

Zoe Saldana wore a funky girly dress by Prabal Gurung. She kept the rest of her look minimal and let the dress do the talking.