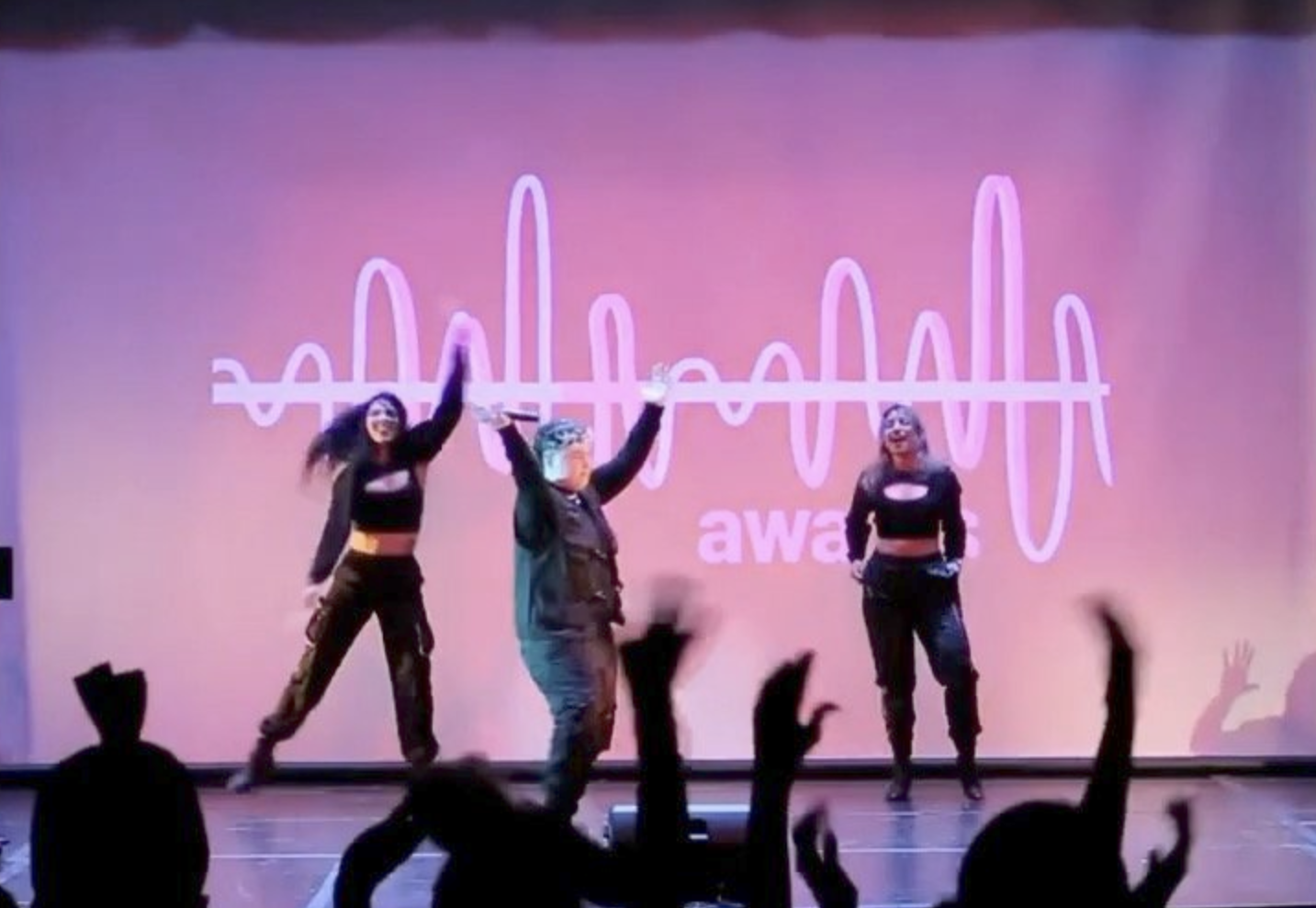 OCTOBER 23RD, 2021 MARKED THE FIRST EVER WAVY AWARDS SHOW, the name making  a play on digital audio WAV files. The show is  a celebration of “historically excluded talent,”  including musicians that are women, members  of the LGBTQ+ community, and persons with  disabilities. As each presenter took the stage at  Abrons Arts Center, they leaned into the mic and  described themselves — their hair color, outfit, or  personal aesthetic — for blind audience members  and nominees. The awards also featured two  American Sign Language interpreters who  took turns interpreting the speeches and  performances. For the brainchild of Blonde Records Founder Rebecca Autumn Sansom, The  Wavy Awards marked an ending, as well as a new  beginning, in her career.

Sansom never intended to get into the music  industry. She considers herself a “filmmaker  trapped in an artist’s body.” She was at Stanford  doing performance and theater when she met  “M the Myth,” an artist, collaborator, and then undergrad. “I’m a filmmaker, so I’m drawn to  captivating subjects. So really, I would just film  these people. And then I realized after helping  M with their music video campaign for ‘Let’s Get  Drunk Anyway,’ that cheerleading artists, filming  them, and encouraging their careers is a job  called management.” She formed Blonde Artist  Management in New York City, named after  Marilyn Monroe, with whom she identifies and  felt might have lived with different support and  management.

For five years, Sansom ran Blonde Artist Management. This past year she also founded  and ran Blonde Records and Blonde Music News, a weekly NYC music podcast. The Wavys were a big step for Blonde and its mission, but  also for Sansom, who is the first to recognize her  own privileges and those whose lack of privilege  often leaves them out of the spotlight.

The Wavy Awards was always going to be a pivot point for Sansom. “The Wavys was going to be my last grand gesture,” says Sansom, “and then I was going to gather information and see what the next steps were for Blonde.” 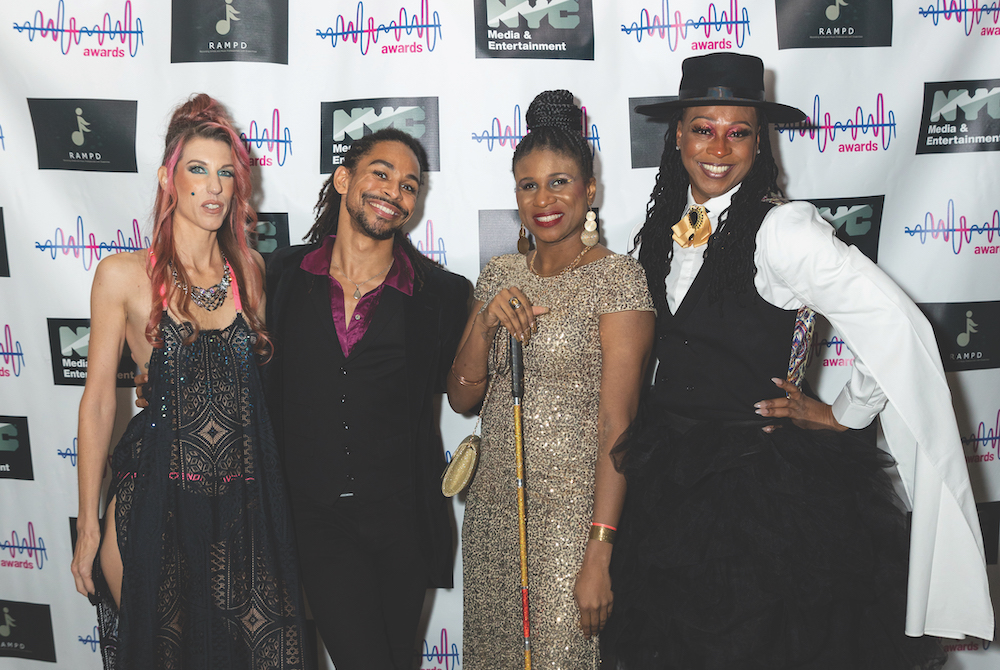 The ball started rolling in December 2020,  after a year of weekly Blonde Music News episodes. “I told (my team) about this idea and how we have enough people, enough artists to have a pretty robust pool to glean  from.”  There were eleven people at the first meeting. Then the team started expanding, with partnerships with organizations like Rampd  (Recording Artists and Music Professionals with Disabilities), local news website Scenes from the Underground, and Shira Gans from the NYC Mayor’s Office of Media and Entertainment. By the time the event actually happened, Sansom and partners were staring down a full house.

The response was overwhelming. The Wavys have gone from a one-off event, into an annual awards show. It helped Sansom find a new direction; she will continue to support her coterie of artists, but the Wavy Awards has become her flagship effort. Blonde Music News, for example, has rebranded as Wavy Music News. “New York is the creative capital of the world and draws a lot of diversity,” says Sansom, “I think creating accessible spaces is the most important thing we can do right now, with the momentum that we have.”

In addition to the Wavys, Sansom has a film, Reckoning with the Primal Wound, coming out in 2022. It has already been accepted into seven film festivals. DT

For more information on The Wavy Awards, visit thewavys.org.