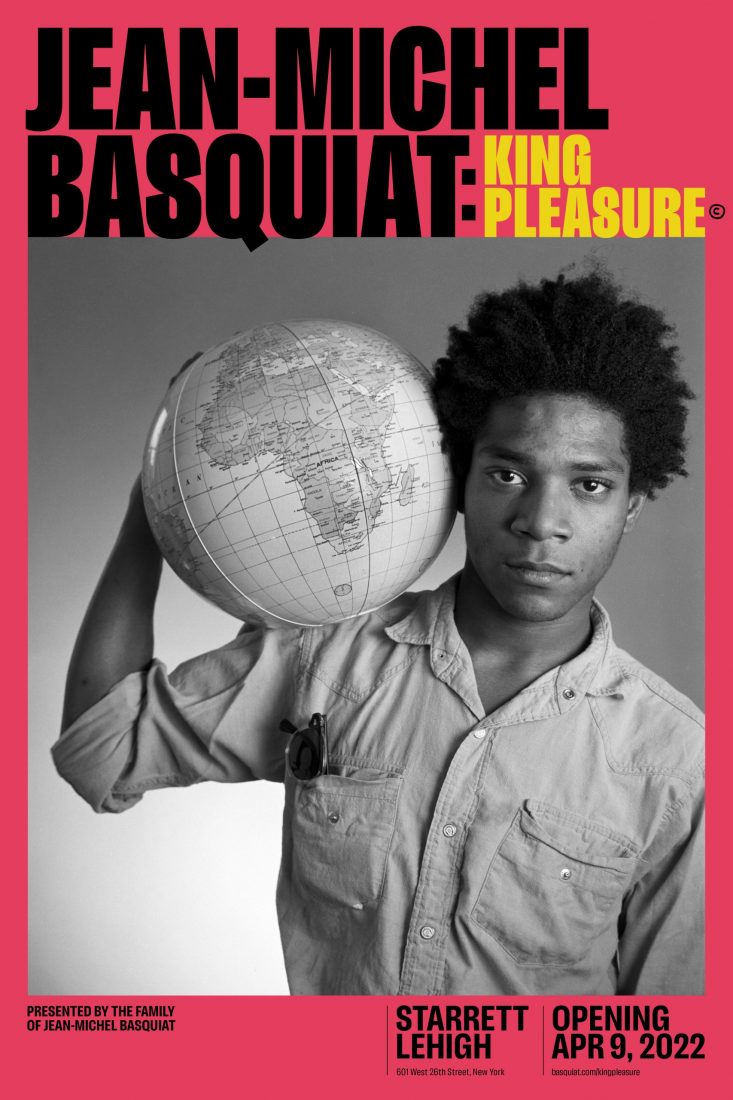 Tickets are on sale now for the much anticipated Jean-Michel Basquiat: King Pleasure exhibit, opening April 9, at RXR’s Starrett-Lehigh Building in West Chelsea.

The exhibit, which will span over 15,000 square feet, will feature over 200 never before and rarely seen paintings, drawings, ephemera and artifacts. All of the work comes from the family’s collection. Jean-Michel Basquiat: King Pleasure© will also feature recreations of his NYC artist studio on Great Jones St. and the Michael Todd VIP Room of NYC’s iconic Palladium nightclub for which Jean-Michel created two paintings.

Charles the First, 1982, The Estate of Jean-Michel Basquiat, Licensed by Artestar, New York

The family commissioned internationally acclaimed architect David Adjaye to be the exhibition’s designer. He is the founder of Adjaye Associates, which operates globally, and designed The National Museum of African American History & Culture in Washington, DC. The exhibition’s identity has been created by Abbott Miller of visionary design firm Pentagram. He has previously collaborated with cultural clients including the Guggenheim Museum, the Art Institute of Chicago, and the Metropolitan Museum. Rizzoli Electa will release the accompanying book, also titled Jean-Michel Basquiat: King Pleasure©, to coincide with the exhibition. The book was authored by Jean-Michel’s sisters Lisane Basquiat and Jeanine Heriveaux and his stepmother Nora Fitzpatrick.

The address of Starrett-Lehigh Building is 601 W. 26th Street. Tickets can be purchased at kingpleasure.basquiat.com Follow on the exhibit’s Instagram page for more.