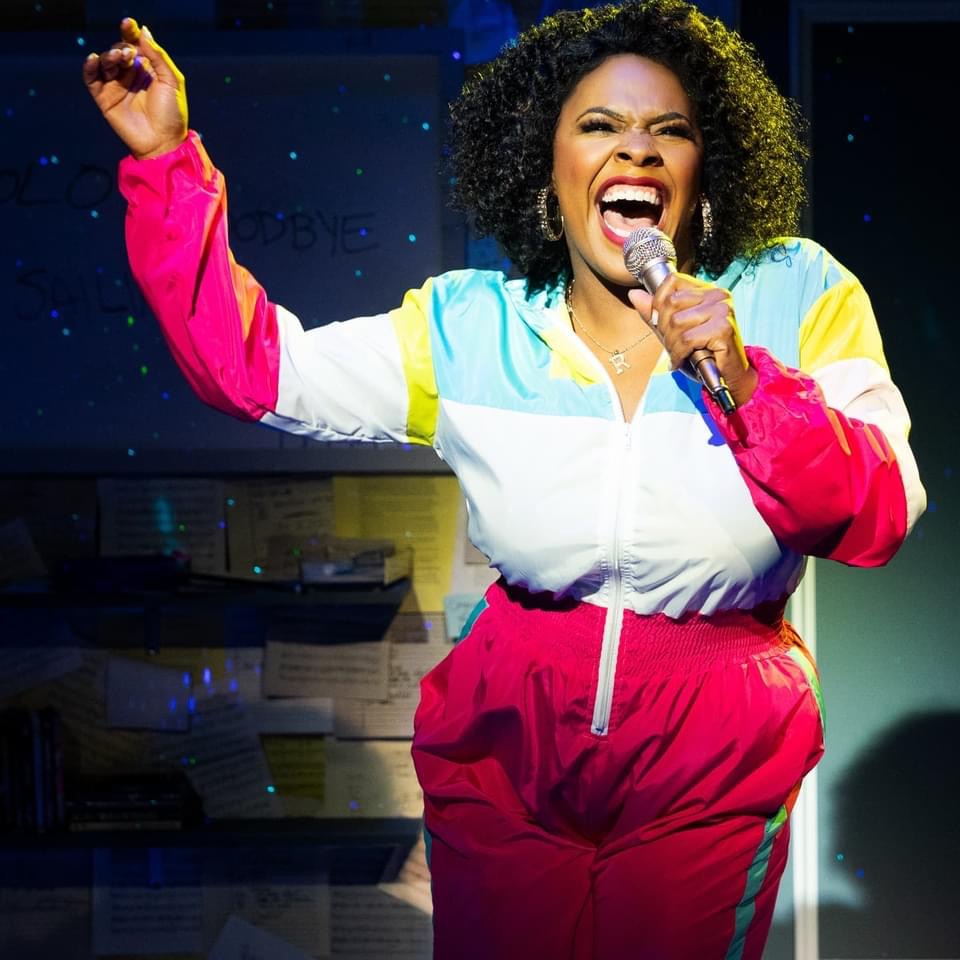 `What would you do if you finally got your chance to shine? Maybe it’s your first chance. Maybe it’s your last. In A Commercial Jingle for Regina Comet, two writers and a diva get that chance when the diva, Regina Comet, hires two jingle writers to create a song for her upcoming fragrance release, Relevance. The musical is goofy, charming, and tons of fun in a joke-a-minute journey through the emotions behind the creative process.

Regina is a star in decline. In an age of Instagram, she’s lost too many of the nuances of the 13-18 demographic that used to be her fanbase. Audiences don’t get an exact age, but we get the feeling the new tween fanbase is made up of the kids or even grandkids of the fans who once flocked to Comet’s concerts. Desperate to draw the spotlight again, her managers convince her that her best shot at teens catching her scent is through a fragrance, which she names Relevance. But all is not well: her commercial efforts have fallen short and, in a last bid to make things happen, she hires out a songwriting pair— the cheapest option available— to pen a jingle that will blast Regina’s career back into outer space. The show follows the efforts of the two songwriters— never named but billed as Man 2 and Other Man— and Comet as the three claw desperately at the promise of relevance and success. 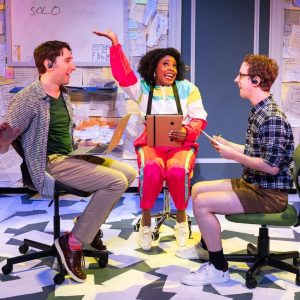 The characters put their heads together to create One Hit Song

At the heart of the show beats Ben Fankhauser and Alex Wyse, who play Man 2 and Other Man and co-wrote the music, book, and lyrics for the show. Inspired by their real-life friendship and a desire to carve out their place in New York City theatre, the show is a comedy-of-errors reflection of the pair’s real search for musical success. And it is clear that the pair are in on the joke. When Fankhauser’s Man 2 is struck by musical inspiration, he pushes aside the show’s music director and keyboardist Alex Goldie Golden and takes over the music mid-song. To play bumbling, struggling versions of themselves in a musical with hit after hit is, to borrow a modern phrase, quite the flex.

Bryonha Marie Parham likewise shines as Regina Comet, commanding her scenes in a role she fills with perfection and enthusiasm that perfectly matches the show’s sometimes serious, sometimes absurd tone. Comet, who could be a plot device with a solo, comes alive under Parham’s stewardship, aided by the actress’s input in the creative process. 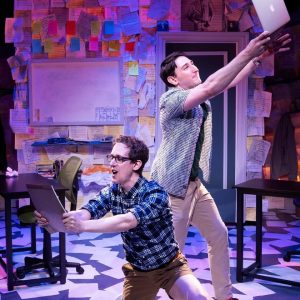 A Commerical Jingle for Regina Comet is a welcome return to live theater— light-hearted, fun, simple, and straightforward. It is the perfect way to venture back out into public, into theater, and head home laughing.

A Commerical Jingle for Regina Comet is playing at the DR2 Theatre. Learn more and get tickets at reginacomet.com