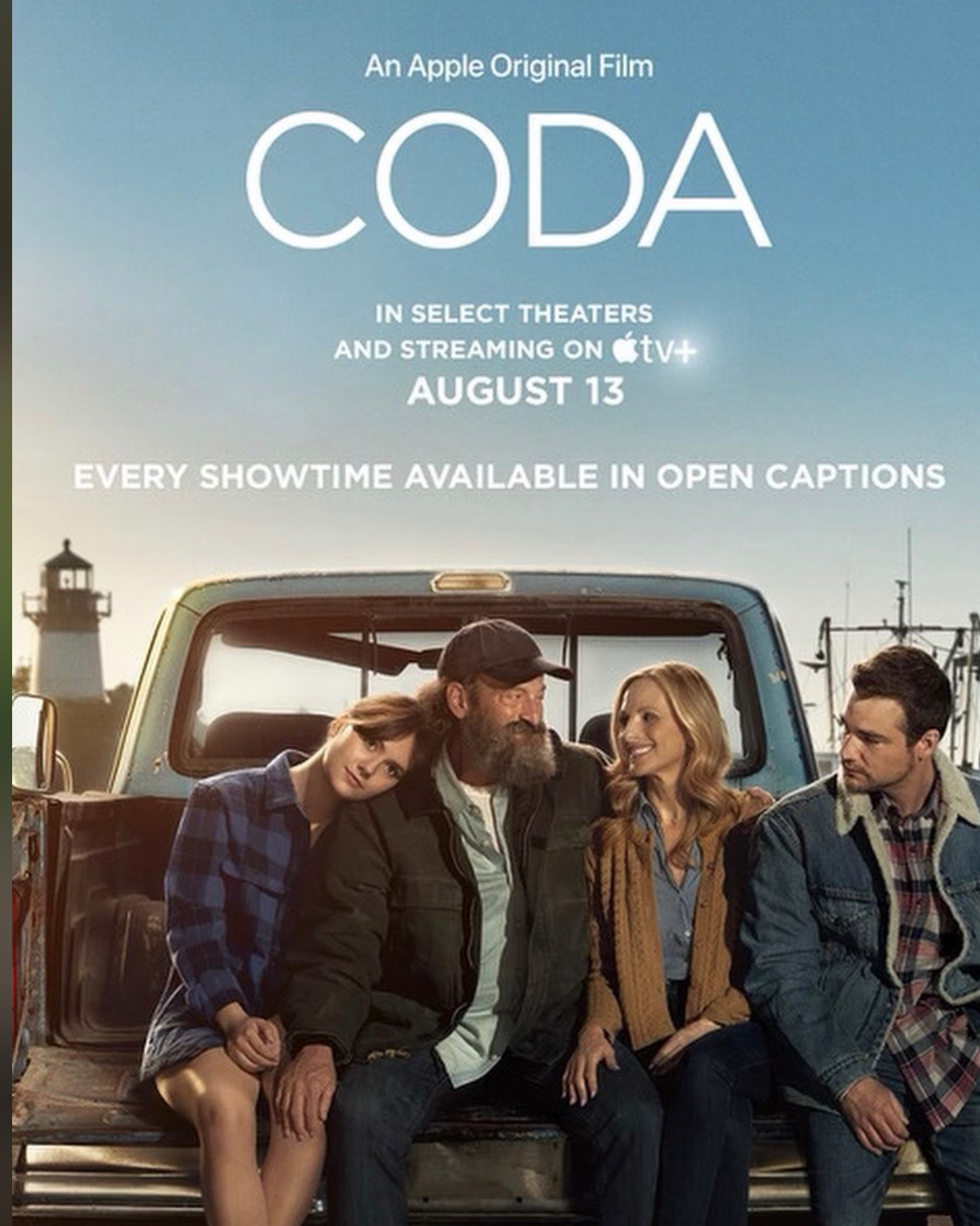 Communication between teens and parents is notoriously tough. It has been fodder for hundreds of coming-of-age stories. CODA (2021), whose title is an acronym for “Child of Deaf Adult,” tells the story of a teenager whose parents and older brother are all deaf and her struggle to find her voice and be seen through her love of singing. This simple premise alone breathes new life into a coming-of-age story and infuses every moment with detail and love.

Ruby Rossi grows up in Gloucester, MA, the only hearing member of her family. All her life, she has acted as the ears and as translator for her mother, father, and brother. When her senior year comes around, she picks choir, mostly to impress a boy. There, she finds her voice through song, a talent she had never been able to share or express with her family. As Ruby starts to move toward her dream of attending a university of the arts, her family moves toward their dream, one that relies heavily on Ruby as their translator. The plot follows the tension between the two as life forces Ruby to choose between expressing her family’s voice or her own.

CODA is a remake of a 2014 French film, La Famille Bélier, which it sometimes mirrors shot for shot. It is one of those examples of what I consider to be a justified remake. They took a look at the movie and said to themselves, “No, we can do better.” The original was a comedy, played much more for laughs, with most Deaf characters played by hearing actors. Much of the humor is at the expense of the Deaf characters. The emphasis on comedy takes the impact away from some of the strongest scenes in the story. 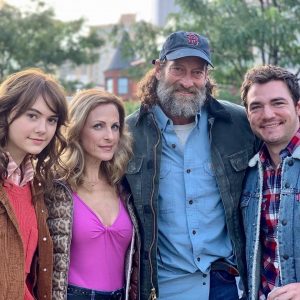 The core story is a simple one: a family trying to get by and a girl expressing herself and getting the boy. What sets it apart, what forms its soul, is outside of language. There are two moments in this movie that, I believe, describe the experience of music better than anything else I’ve seen. The first is when Ruby’s choir teacher, Bernardo Villalobos, asks her what it feels like to sing. Unable to describe it aloud (before joining choir, nobody outside of her family had been around while she sang, so no one had ever heard it), she expresses herself through ASL. It is a moving moment, something that cannot be said out loud. The second example, equally if not more moving, is much deeper into the story, but I think you will know it when you get there.

There is something in CODA, a certain je ne sais quoi (if we want to, like CODA, borrow from the French) that transcends language. Like music, it is something that you have to feel to understand. It demonstrates a deep understanding of its subject matter, displays stunning performances throughout, complete with great chemistry in the cast, especially the Rossi family. But that doesn’t entirely cover it.

There is only one real way to understand the heart of CODA and those making it: watch it. Please. Go to a theater if it’s showing there. Hop on Apple TV, or head to your friend’s house if they have it. Watch this movie.