by Marley Gifford | Aug 10, 2021 | Culture, Entertainment, Featured, Featured, Out On The Town 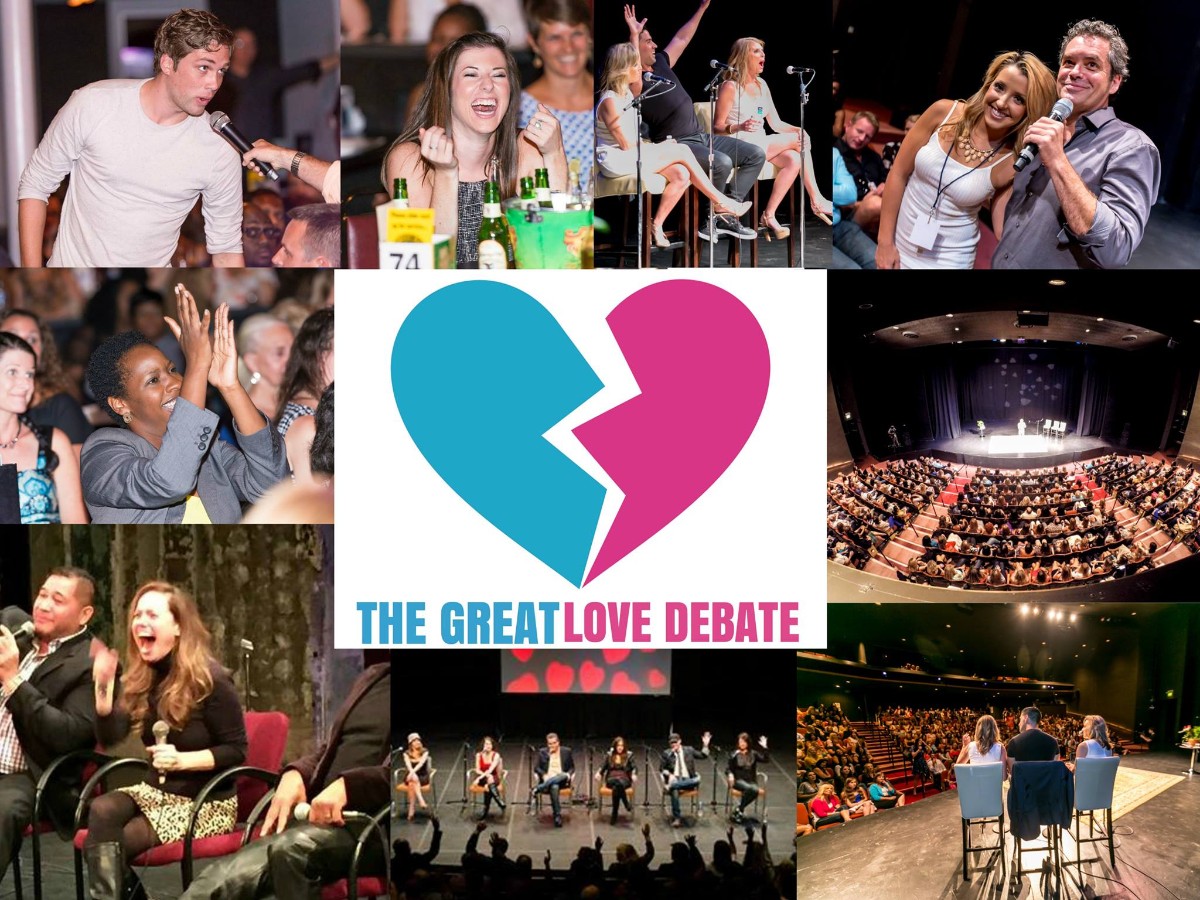 Back in the day, it was “When do I call them back?” “What kind of flowers should I bring?”. Those questions have turned into “Which emoji do I send back?” “Should I swipe left or right?”, and so layers become added onto the already-complicated of being single in today’s world. “The Great Love Debate” explores the trials tribulations and triumphs of the dating scene nowadays, and dissects the “dating disconnect” that plagues each major U.S. city, one show at a time. We chatted with the show’s host and NYC native, Brian Howie, to put our finger on the pulse of today’s dating scene. He tells us that your love life might not be as tricky as you may think, all with the help of the show. 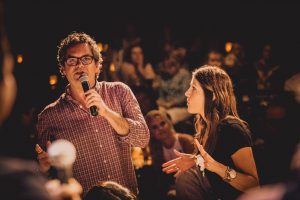 DTM: Can you tell us a little about the history of “The Great Love Debate“, and how it came to fruition?

Brian Howie: In late 2013, I wrote a book called “How To Find Love in 60 Seconds”, which was a semi-satirical look at Hollywood dating, and what I thought the issues were.  My manager suggested that rather than do a traditional bookstore promotional appearance, why not raise some of the questions that the book raised in a Town Hall-style, theater setting, and we decided to do a one-off in Santa Barbara, CA in Jan 2014, and that one-off has turned into more than 400 shows in over 120 cities and 11 countries.

DTM: How does the show work? What does it entail?

BH: Every show is different, but the common thread is that we are trying to get to the root of the dating disconnect in that particular city.  So I am out in the crowd, trying to pull complaints, hopes, problems, pressures, anecdotes, dating disasters, etc, and by the end of the night hundreds of people have been heard from…and they discover that their love lives really aren’t that far away from being absolutely fine!  We have an on-stage lineup of celebrities and local personalities who react to and comment on, the proceedings.

It is wild, it is feisty, it is hilarious, and most of all, it is honest.

DT: What makes “The Great Love Debate” different from other shows like it?

BH: Most “live dating shows” are fairly scripted, we totally wing it every night, which adds to the excitement, and makes every show a unique experience. Many people come over and over, they always learn something new, and always meet someone interesting!

DTM: One of the show’s taglines is “Get your head out of your apps.” We think that’s great. Does the show’s motive draw audiences away from dating apps? What is your personal stance on those apps?

BH: We can’t pretend apps don’t exist, or won’t exist, people just need to know how to use them, and why, and understand that they are a means to an end.  I always get asked, “what’s the best dating site?” And my answer is simple. EARTH. This means there are opportunities and possibilities all around us every single day to find love, you just know how to recognize those opportunities, act on them, and most importantly, don’t reject them. The apps, when used correctly, can increase the opportunities to connect, what you do to build upon those opportunities is the key to using the apps.

DTM: Do you think dating will ever revert back to what it used to be before dating apps?

BH: The upside of the lockdowns was that people realized that technology isn’t a satisfying substitute, that people really want and need to connect in person.  So apps will always be around, but people will use them more to get to the actual date. People probably complained that the telephone was ruining dating back, in the 1930s. They got used to it. 🙂

DTM: Have you seen or heard of any success stories that have come from “The Great Love Debate”?

BH: 48 couples (that we know of!) are now engaged or married after first meeting at one of our shows. The effect of getting a couple of hundred people in a room, making them think, hearing them laugh, adding a few drinks, brings down so many walls that literally hundreds of dates have come out of the experience, not to mention the positive changes in dating, habits.

BH: We have had dozens of reality stars, award-winning actors, top comedians, best-selling authors, and just about every Bachelor and Bachelorette winner on our stage at least once, and the thing about love is that it’s the one thing that everyone – regardless of fame or background – has experience with, heartbreak to share, hope to build on, and opinions worth listening to. 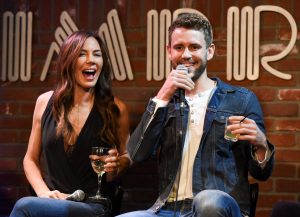 DTM: What is unique about singles and show contestants in New York City?

DTM: What do you enjoy most about doing the show in NYC?

BH: The energy, the frustration, the stories, and the possibilities. The dating culture is really a microcosm of the city itself – sure it’s hard here sometimes…but it’s worth it!

DTM: Where is your favorite spot in NYC to perform or simply visit, particularly in the Downtown area?

BH: We have done shows here more than anywhere else, I am an NYC native and love to come back to the city. We have done theaters, comedy clubs, live music venues, but our experiences at City Winery have always been fantastic – spectacular venue, great crowds…and plenty of wine!