New at the Met: The Roof Garden Commission: Dan Graham with Günther Vogt 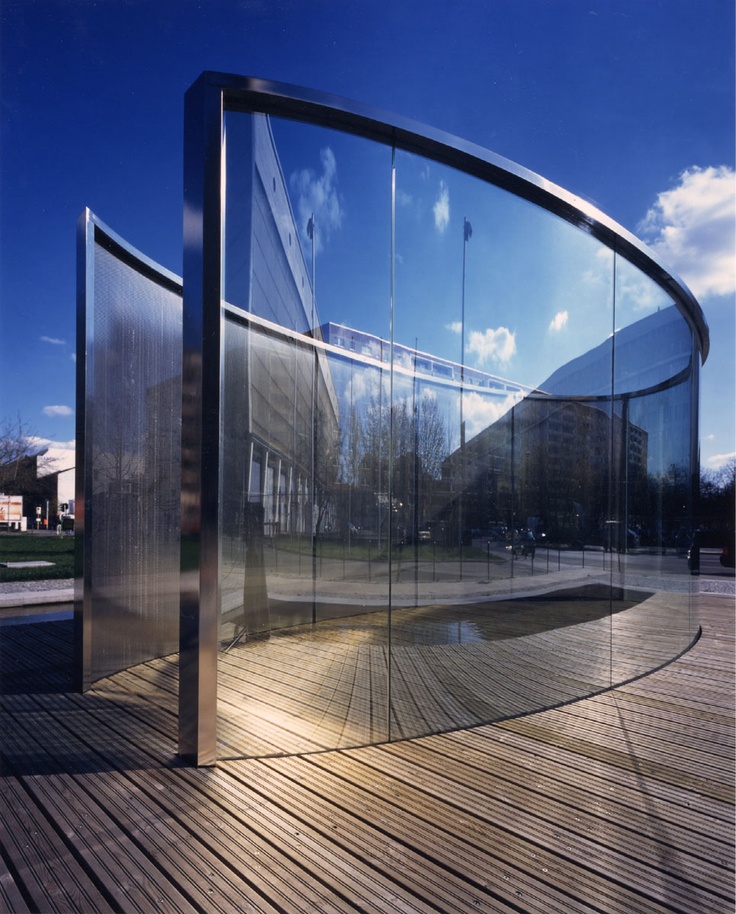 One of Graham’s pavilions in Berlin, Germany.

American artist Dan Graham was selected by The Metropolitan Museum of Art as the featured artist for its rooftop exhibit, coming this April. Dan Graham will work in collaboration with Swiss landscape architect Gunther Vogt for the exhibit, which will feature a unique steel and glass pavilion installed atop of the museum’s Iris B. and Gerald Canto Roof Garden. The Roof Garden Commission: Dan Graham with Günther Vogt will be on view from April 29 through November 2, 2014.

The focus of the exhibit is one of Graham’s masterfully designed pavilions, which are a unique blend of glass and steel, constructed of hedge rows and curves of two-way mirrored glass. The pavilion will be both transparent and reflective, offerring a changing and visually complex environment for visitors.

“We are thrilled to present this extraordinary new commission,” stated Thomas P. Campbell, Director and CEO of the Met. “For decades, Dan Graham has created work that challenges viewers to think in new and thought-provoking ways about the streets and cities they traverse every day. In his reimagining of the Met’s roof, visitors will discover a picturesque landscape that is at once unexpected and familiar.”

Graham rose as a prominent figure as head of John Daniel’s Gallery in New York back in the 1960’s, and curating Solomon “Sol” LeWitt’s first one man show back in 1965. His work designing pavilions has garnered him high praise since the 1980’s.

In 1966, Graham released his groundbreaking landmark photo-essay Homes for America, which dealt with issues of urbanity, public space, and the viewer’s own experience of it, through a multidisciplinary practice that includes writing, photography, video, performance, and the creation of sculptural environments of mirrored glass and metal.

Graham’s site-specific pavilions of the years that followed built on the artist’s interest in engaging the public with the space and structures that surround them. With its spectacular views of the city skyline and Central Park, the Museum’s Roof Garden presents a unique environment for Graham to further engage with notions of the city, its landscape and architecture, and the role of the public within its spaces.

Sandwiches, snacks, desserts, and beverage service—including espresso, cappuccino, iced tea, soft drinks, wine, and beer—will be available at the Roof Garden Café daily from 10:00 a.m. until closing, as weather permits. A martini bar will also be open on the Roof Garden on Friday and Saturday evenings (5:30–8:00 p.m.).