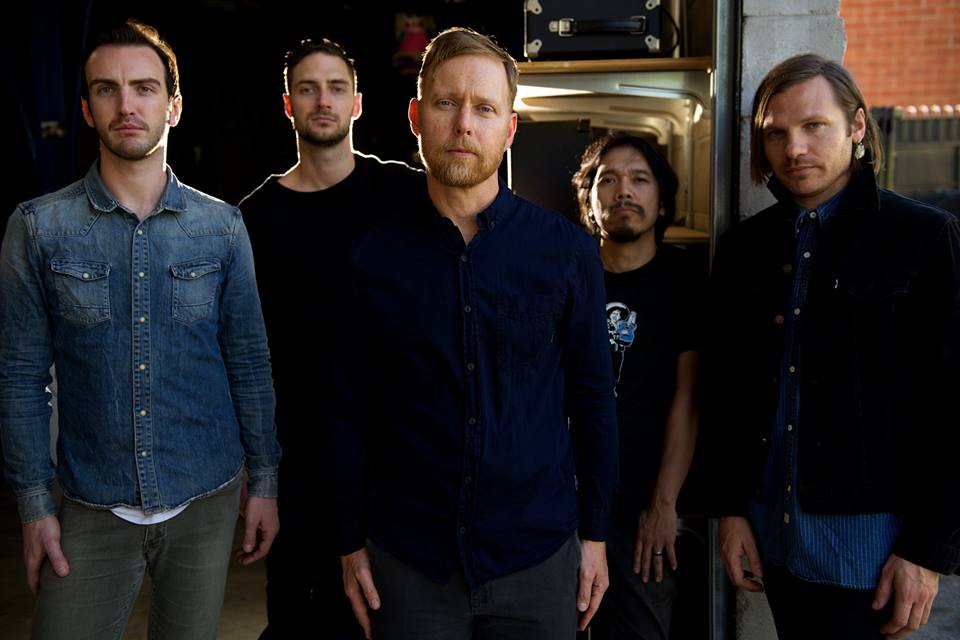 My favorite member of Foo Fighters, you ask? It has always been Nate Mendel.

Besides being a member of the group for over 20 years – he joined in 1994 and is the only other constant member besides Dave Grohl – Nate was a founding member of the very influential Sunny Day Real Estate. He also played with some of his former SDRE bandmates in The Fire Theft in 2003.

2015 brought the first-ever solo release from Nate, although under the name Lieutenant. Lieutenant’s debut release “If I Kill This Thing We’re All Going To Eat For A Week” features Nate on lead vocals –something he had never done previously – alongside playing from members of Helmet (Page Hamilton), The Head And The Heart (Josiah Johnson) and Modest Mouse (Joe Plumber). At no point does “If I Kill…” sound like a self-indulgent side-project, as it lies sonically somewhere between the Foos (whose Chris Shiflett contributes), SDRE (whose frontman Jeremy Enigk participates) and The Shins. Meanwhile, their video for “Believe The Squalor” provides a refreshing dose of ironic humor.

Nate, who will be playing two (!) shows with Foo Fighters at Citi Field on July 15th and 16th, took some time to talk to Downtown. If things proceed the way that Nate hopes they will, Lieutenant’s album is not a one-off, nor is his stint as a lead vocalist.

For someone only familiar with your work in Sunny Day Real Estate and Foo Fighters, who hasn’t yet picked up the “If I Kill…” album, how would you describe Lieutenant?

Nate Mendel: It’s rock music, there’s no getting around that; it’s what I know, and what I like. The songs don’t have the directness and polish of a Foo Fighters record, but there’s of course an influence there because I’ve learned a lot from Dave through the years. I didn’t realize it until this record came out, but there’s a type of melody and chord structure that was predominant for a while after the mid 90’s — that says “I want this moment to be poignant and powerful” — and as much as I was striving for originality, the Lieutenant record is guilty of having some of that, as well as the lack of artifice that music from that period had. Guitars sound like guitars and drums like drums.

Is Lieutenant intended to be a one-off, or might there be a second album somewhere down the line?

N: The timing of this record wasn’t perfect — it came out in the middle of a year of Foo Fighters touring — so I didn’t really get much time to tour or work with the live band on writing songs and becoming a band, rather than a collection of musicians. And the result is that the record is kind of an orphan. It’s out there, but there’s not much to support it right now. I’d like to give it a little baby brother or sister to keep it company.

What are the odds of you rollerblading in an upcoming Lieutenant music video? Or are more videos with black metal bands the norm for Lieutenant?

N: Ha. Yeah, I’ve done a lot of goofball stuff in Foo Fighter videos over the years, so using them as an outlet to get silly comes pretty naturally to me now. Maybe “rollerblade guy” could play a cameo in a future Lieutenant video – like a recurring character? Or Lemmy?

Rarely are you seen singing in Foo Fighters, yet you took the lead on vocals for Lieutenant.  Might backing vocals become a more common part of your performance?

N: Backing vocals in Foo Fighters are not a calculation. It’s an ad-hoc thing. There’s a couple of guys singing now, and if we were to add another there might need to be discussions about stacking harmonies and things like that. Could get laborious. But who knows, I might just throw up a mic and see if anyone notices.

Back in March, Lieutenant played at Mercury Lounge, yet this summer, you’re playing 2 gigs with Foo Fighters at Citi Field.  Is one of those two scenarios more suitable for you?

N: I’ll take The Mercury Lounge with a microphone, and Citi Field with a bass! That’s the perfect scenario. Playing the enormous shows with the Foo Fighters is really, really fun, and it’s funny when you think about it, but I then put a lot of work into doing a solo record so that I can play shows to the tiniest fraction of those audiences. But that’s what we do in our band. Except for Pat [Smear], at least for now, we come together and play to one type of audience, and during breaks go out and get in a van or RV and do our own thing.

Given the SDRE release for Record Store Day this year, is there any possibility of another tour for the band?  Or even anything new from The Fire Theft?

N: For me personally, I’ve decided to concentrate on making my own records, but I wouldn’t rule out the other guys getting together again at some point. I know Jeremy is working on solo music right now.

Aside from the music, what do you wish more people knew about Nate Mendel?

Finally, Nate, any last words for the kids?

N: Oh hell, when we get out of the Q & A format, I just fall to pieces, but thanks for giving me a chance to talk about Lieutenant!