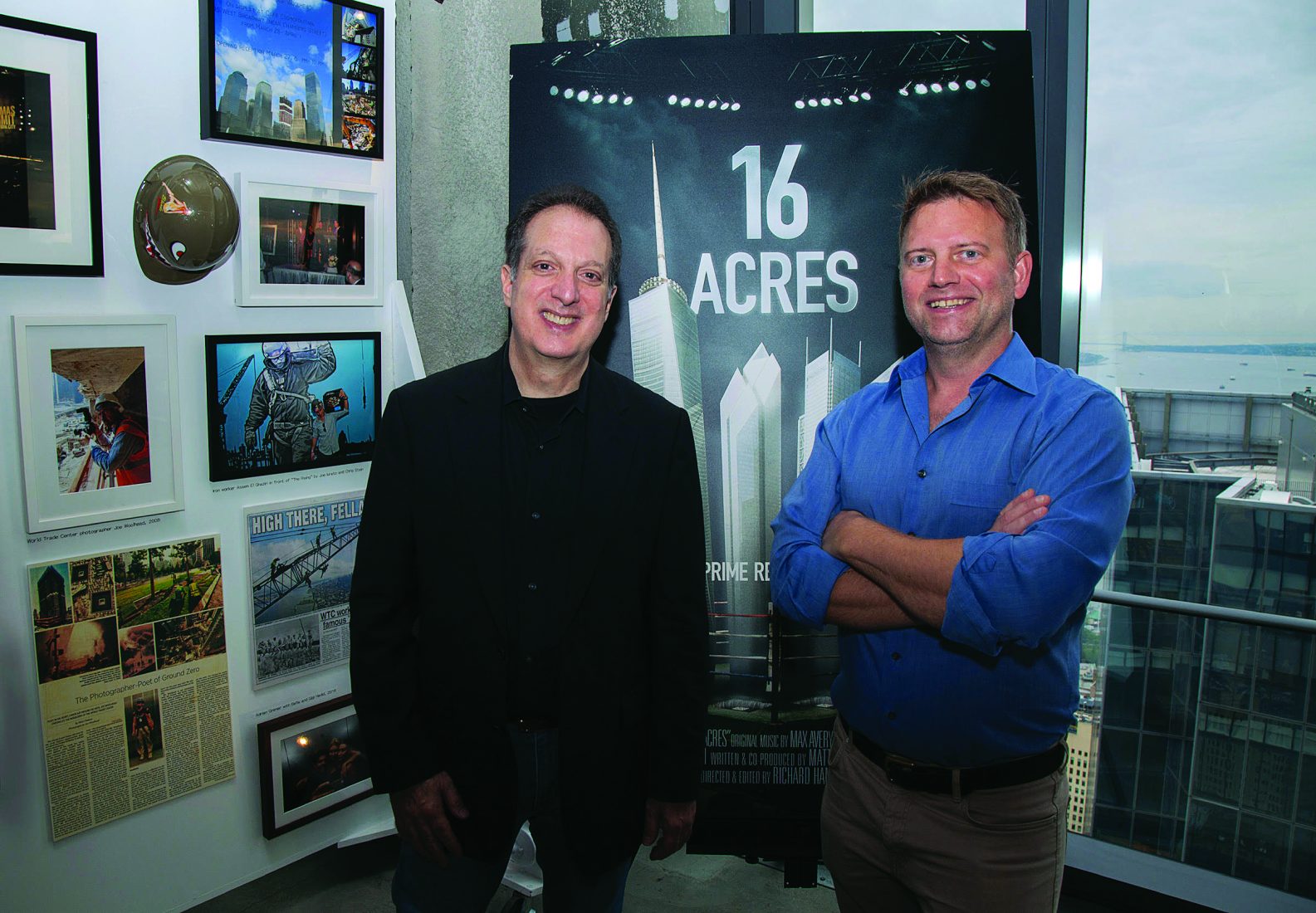 The production team behind 16 Acres, Mike Marcucci (left) and Matt Kapp, are working on a sequel documentary. Photo by Joe Woolhead.

THOUGH THE TWIN TOWERS COLLAPSED IN ONLY SECONDS, it took more than 10 years to rebuild One World Trade Center, once known as the Freedom Tower. Nearly another 10 years since the release of 16 Acres, a documentary directed by Richard Hankin and produced by Mike Marcucci and Matt Kapp, and the cityscape continues to evolve, with the team now working on a sequel film. 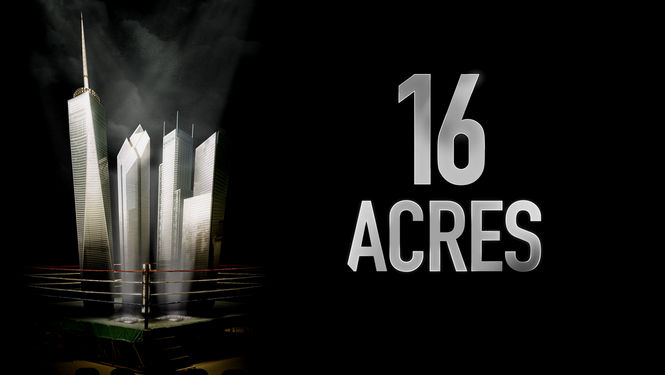 In those first years following 9/11, it was unclear whether another World Trade Center would ever be built in Lower Manhattan. Contentions rose as many residents, family members, and friends of victims advocated against rebuilding on what they viewed as sacred ground. Larry Silverstein, having purchased the Twin Towers only six weeks before the attack, became a focal point for rebuilding tensions, and yet his determination and investment to erect a new World Trade Center campus is now recognized as a catalyst of Lower Manhattan’s revitalization today. 16 Acres, released in 2012, detailed the events, discussions, and expectations at Ground Zero’s 16-acre campus in the first 10 years following 9/11. From the first town halls hosted in Lower Manhattan to receive stakeholder input on rebuilding plans, to the push-pull of the architectural design and build process that continues today, the film navigates the many dynamics that come with building on “the most famous construction site in the world,” as Marcucci calls it.

Though Larry Silverstein has served as a driving force in restoring Lower Manhattan these past 20 years, 16 Acres explores the considerable resistance he faced, both from the local community as well as heads of agencies. “A lot of New Yorkers really just tuned out. They weren’t returning, it wasn’t a very happy place. There was a lot of conflict, sadness,” Marcucci recalls, pointing to local reluctance to ever attempt revitalization following the aftermath of 9/11. As Kapp adds, “all you heard was bad news here.”

Yet the documentary highlighted a distinctly New York-type resiliency that manifested through the prolonged design and build process for the World Trade Center. From the give-and-take between competing visions by master planner Daniel Libeskind and lead designer David
Childs, to the extensive permitting and revisions mandated by the many agencies involved, the story behind Ground Zero is at once complex and yet steadfastly geared towards the ending we now know today: four World Trade Center towers, coupled with a 9/11 Museum and Memorial and a transportation hub built to draw people in. “If you’re a New Yorker, you can’t not want to be involved in the telling of this story,” Kapp emphasizes.

Today, Marcucci and Kapp are working together to film a sequel to 16 Acres, a documentary exploring downtown’s historic past and inevitably bright future. “We’re also going to look at the past and project the future a little bit, all based on what’s happening now. So, it’s the story of downtown, more than anything,” Marcucci says.

Starting with what was known as “Radio Row” in the 1920s, to the future of living and working with downtown’s changing demographics, the sequel sets out to offer a broad look at the history of Lower Manhattan while building on how recent events, such as 9/11, Hurricane Sandy, and COVID-19, will affect the culture here moving forward. Yet the two producers remain upbeat about downtown’s future. Marcucci notes, good or bad, “there’s always change. It seems downtown is destined for more of that.”