DOWNTOWN’s board member Elizabeth Velez was named to the board of MTA,  along with Janno Lieber as Chair and CEO of the MTA Board.

“We’ve been fortunate to work with both Elizabeth and Janno, a perfect pair to ensure the continued success for MTA, and we are excited to see what the future holds for our public transportation system. We wish them the best in their newly appointed positions,” says DOWNTOWN’s publisher and founder,  Grace A. Capobianco.,

“As Governor, my first duty to New Yorkers is to ensure that those who serve our state are experienced, committed, and ready to tackle the challenges we face,” Governor Hochul said. “Janno is leading the MTA forward with expert management and vision, and Elizabeth will bring a wealth of invaluable knowledge and expertise to our challenges together. These are strong, competent leaders who will help steer the MTA through this critical time. We will continue to make appointments that ensure our transit system delivers for riders.”

“I am honored and grateful to be nominated by Governor Hochul, who has been a supporter from day one of a smart transit system that serves all New Yorkers. I look forward to working with the governor, her team, and our partners in the legislature to ensure that subways, buses, and commuter railroads continue to be an engine fueling the region’s economic recovery,” Janno Lieber said. “Elizabeth Velez has a deep understanding of the value of transportation to New Yorkers, will be an excellent addition to the board and I’m eager to work with her on important issues facing the MTA, including a historic capital program that will modernize and expand the transit network and provide enhanced equity and accessibility to New Yorkers in the years ahead.”

“I am thrilled to be nominated by Governor Hochul to the MTA Board,”  Lieber said. “The MTA is a crucial connection point for New Yorkers throughout our city. With the impending influx of infrastructure dollars, the MTA is central to not only improving essential transportation but also to create opportunities both in workforce and procurement that affect our communities.”

Janno Lieber will be nominated to serve as Chair and CEO of the Metropolitan Transportation Authority Board. He has been Acting Chair and CEO since July 2021. 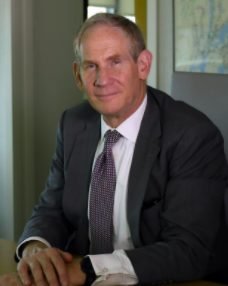 In his role at MTA Construction and Development, Mr. Lieber oversaw the agency’s $55 billion five-year capital program, including State of Good Repair investments in infrastructure and facilities of New York City Transit, Long Island Rail Road, Metro-North Railroad, and MTA Bridges and Tunnels. He is responsible for upgrades to signals and other major systems, system expansions, and mega-projects such as East Side Access, the second phase of the Second Avenue Subway, and the Third Track expansion of the Long Island Rail Road mainline. He is also responsible for upgrading and professionalizing the MTA’s project management capacity and for integrating real estate planning and economic development into MTA infrastructure projects.

From 2003 to 2017, Mr. Lieber served as President of World Trade Center Properties LLC, where he was responsible for managing all aspects of the Silverstein organization’s efforts to rebuild the World Trade Center site, including planning, design, and construction issues; business, financing, and legal matters; and public affairs, government, and community relations.

Earlier in his career, he held positions in the administrations of President Bill Clinton and NYC Mayor Ed Koch and worked as an attorney in private practice.

Elizabeth Velez will be nominated to serve on the MTA Board. She is currently the President of the Velez Organization, a second-generation construction firm started in1972 by her father, Andrew Velez. 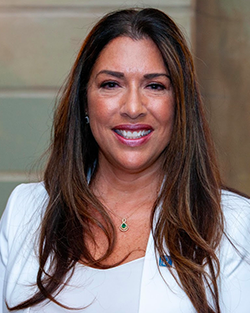 To her credit are hundreds of projects which have come to fruition under her direction, including over 600 units of housing made affordable by state and federal grants in the Bronx and Harlem, and over ten billion dollars of significant educational, healthcare, and large-scale projects throughout New York.

She is a Trustee of Boricua College; an accredited private institution serving primarily Latinas through three campuses in New York. She serves on the advisory boards of numerous New York City and New York State agencies, industry non-profits, and groups supporting mentorship and scholarships for youth. She is a member of the Board for Catholic Charities and the New York City Police Foundation. She is currently serving as a Commissioner of the New York City Property Tax Reform Commission. Following Hurricane Maria’s disastrous landfall, Elizabeth was appointed to the NY Stands with Puerto Rico Recovery & Rebuilding Committee, the NY Memorial Commission for Hurricane Maria, and has spearheaded numerous workforce and economic development programs – including a satellite corporate office in Ponce Puerto Rico. On the international front, Ms. Velez is Co-Chair of Iran 180 – an organization that advocates for human rights and the end to Iran’s nuclear threat. She is a contributor to media outlets such as Matter of Fact TV with Soledad O’Brien, Fox News Latino, The New York Daily News, The Wall Street Journal, El Diario, La Prensa, Hispanic Business, ENR, City & State, and Crain’s New York Business, and most recently, DOWNTOWN Magazine.

She is an outspoken advocate for diversity and empowerment of women and a sought-after speaker on women’s leadership and work/family balance issues. In addition to numerous awards and recognition, Ms. Velez was recognized by City & State as one of the “Manhattan Power 50“.

Help us in congratulating both Janno Lieber and Elizabeth Velez.