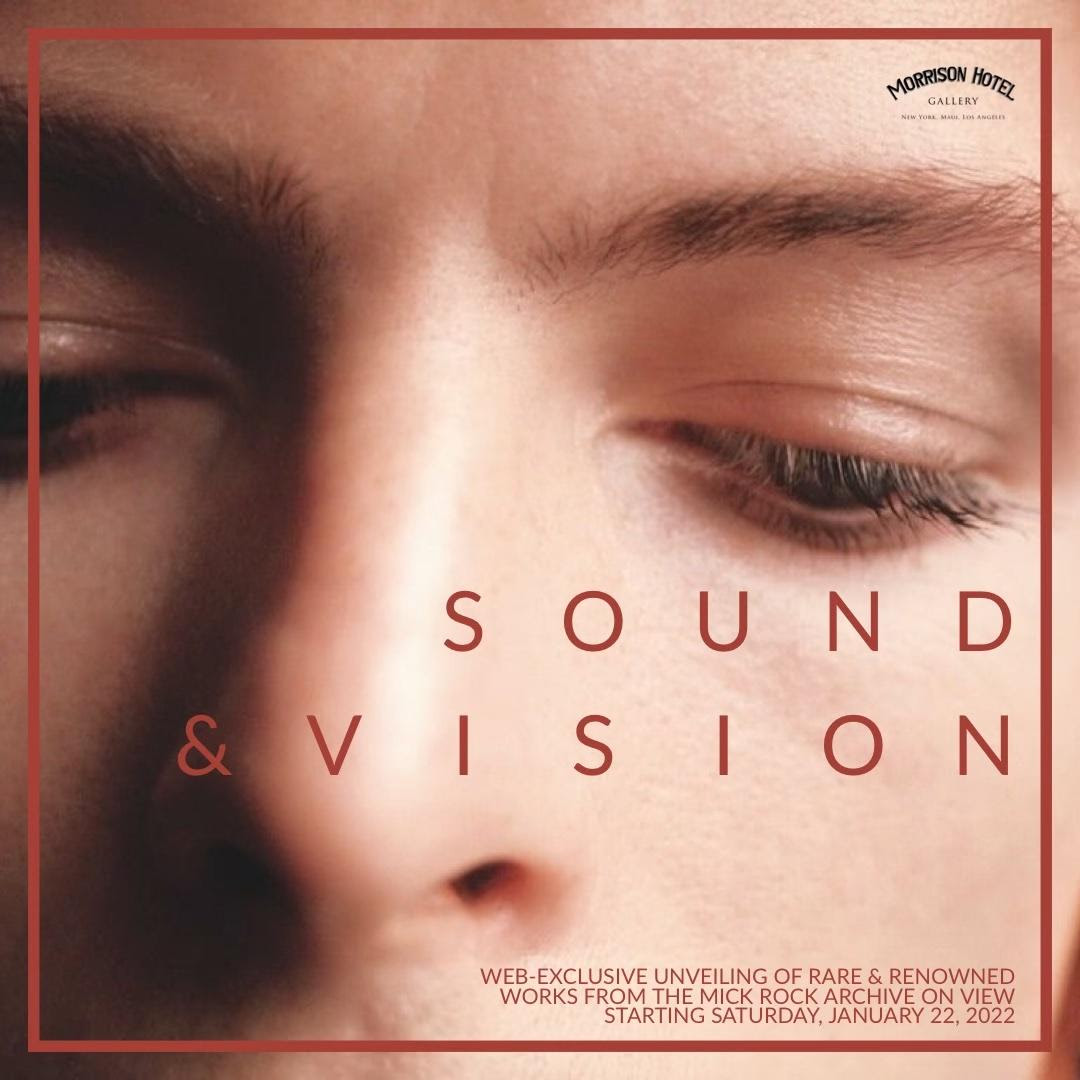 The work of visionary David Bowie is being celebrated at Morrison Hotel Gallery, with Sound & Vision, a web-exclusive Bowie retrospective as seen through the singular lens of Mick Rock. The exhibition goes live January 22nd at morrisonhotelgallery.com and select works from it will be on view at Morrison Hotel Gallery’s New York City location, at 116 Prince Street.

This online exhibition explores the enduring, collaborative masterworks of two prolific artists spanning more than 30 years. From Rock’s renowned imagery of a bombastic Bowie to rarely-seen moments of unmasked intimacy, Sound & Vision offers a captivating and comprehensive look into the proliferation of a beloved icon and the fundamental role photography plays in capturing the staying power of thin air.
Rock is often considered “The Man Who Shot the 1970s,” and the iconic lensmen had privileged access to Bowie. Rock met Bowie in 1972 and became his official photographer for a time, shooting some of the most defining images of Bowie in his Ziggy Stardust finery. Rock also produced and directed the music videos for Bowie’s “Space Oddity,” “Jean Genie” and “John, I’m Only Dancing.” Rock passed away on November 18, 2021, and this retrospective will unveil rare pictures and feature renowned works from the legendary British photographer’s archive.
Tags: Aladdin sane|david bowie|Downtown|Gallery|mick rock|Morrison Hotel Gallery|Photography|Sound and Vision|ziggy stardust