The OUT NYC Presents The Lady Gaga Gallery 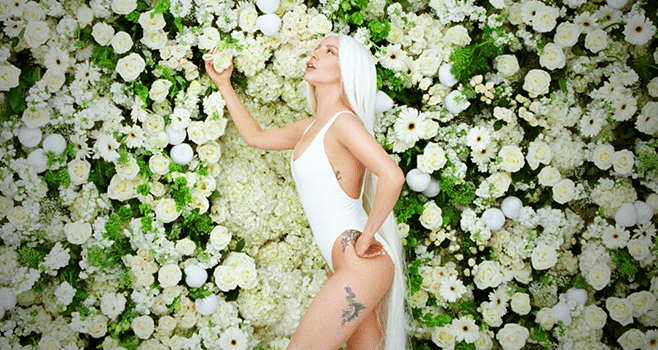 Starting today, the trendy hotel and “urban resort,” OUT NYC (510 W. 42nd Street) is transforming into the G.U.Y. Hotel, and unveiling the Lady Gaga Gallery.

The Gallery features costumes, props, art, and more from Lady Gaga’s latest music video, G.U.Y, and is open daily, free, until April 10th. The opening was timed with Lady Gaga’s 28th birthday, as well as her sold-out, seven-night run at Roseland Ballroom (the final performances before the Roseland closes its doors after nearly a century of business).

Next Friday, OUT NYC’s nightclub, BPM, and CLICK are hosting the singer’s official Roseland after-party. Her producer DJ White Shadow and Steven Redant of Bent Collective will play DJ for the soiree.

Until the close of the exhibition on April 10th, OUT NYC will also be offering a “Gaga Paparazzi Package” with deluxe rooms being offered for $249 a night, which include two complimentary “Poker Fizz” signature cocktails at KTCHN restaurant, two pairs of OUT sunglasses, and VIP access to the “Official Roseland After-Party” at BPM (Friday, April 4th ONLY).