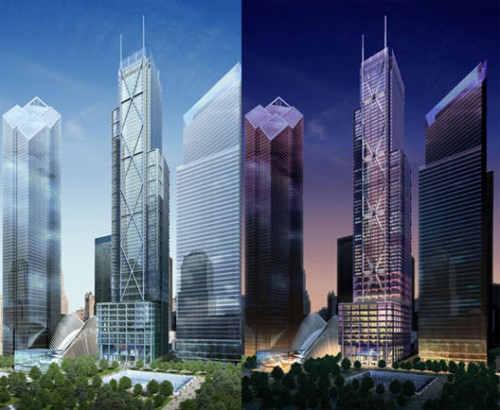 The building at 3 World Trade Center is just one of many attracting a wide array of businesses to Lower Manhattan.

The media company Group M will occupy 515,000 square feet, at 3 World Trade Center, a lease that made it possible for building to fill its 80 stories to capacity. The negotiator for Group M’s lease, Mary Ann Tighe, told the New York Post, “Interestingly, Group M did not start out looking for new construction. They tried very hard to find an existing building they could retrofit for their needs. But at the end of the day, they discovered nothing could support their operations as well as the high-ceilinged, column-free environment.” As Group M and Jones Day move Downtown, Citigroup is also moving its headquarters Downtown to Greenwich Street.

Ken McCarthy, economist and leasing-market analyst at Cushman & Wakefield, told Crain’s New York, “The deals show that downtown is getting interest from several sectors. There are also lots of tenants heading to lower Manhattan from midtown south because the rents are cheaper downtown and it is actually closer to the workforce in Brooklyn.”

Crain’s New York reports that the Downtown lease increase is the highest since 1999 and 2000 during the dot-com boom. Real estate companies SL Green and Vornado Realty Trust lead the way with the Citigroup, Metro North, and Macy’s deals.