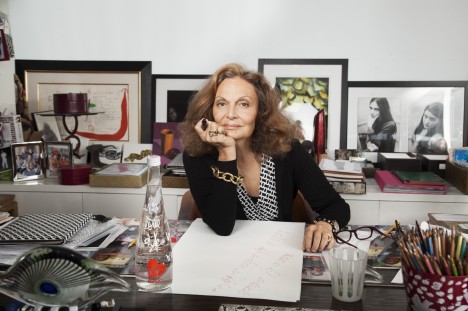 Luxury designer and  New York socialite Diane von Furstenberg will soon be targeting Brookfield Place as a new home to one of her boutiques.

The Brookfield  location will be home to  the third store for the designer in New York. The existing boutiques include her flagship store in he Meatpacking District and the SoHo location.

Von Furstenberg, has been a fashion figure in New York since the ’70s. She also enjoyed a major resurgence in the early ’90s with new confidence and new designs. The news of the new boutique comes on the 40th Anniversary of her iconic wrap dress that revolutionized the fashion world and took America by storm. The impact of this signature piece was so significant, that it hangs in the Smithsonian Museum today.

Not limited to just fashion retail, von Furstenberg created the DvF Awards in 2010, annually awarding $50,000 to each of four women who show passionate commitment to women’s causes. She and her husband, media mogul Barry Diller, are committed to a number of different philanthropic pursuits. The pair have contributed more than $35 million to the High Line, the largest single donation to a park in New York City’s history.

According to WWD  the 2,000 square-foot store will be located next to the Michael Kors store, and across from Theory. Von Furstenberg will be joining such other luxury designers at Brookfield  as Hermes, Burberry, Ferragamo, Michael Kors, Ermenegildo Zegna and Theory.

The brand’s arrival at Brookfield Valong with the other high-end designers is another signal that the Lower Manhattan area has become a preferred destination for luxury designers to find success.

This addition to the shopping center is part of the $250,000 million dollars development which is set to be completed in 2015.