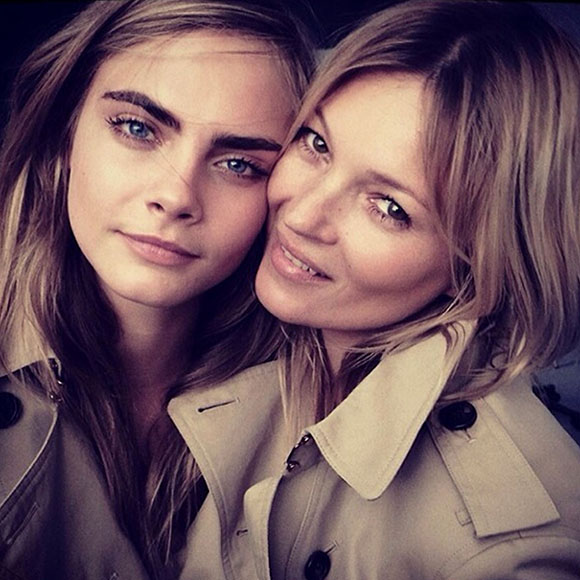 Cara Delevingne, 21, is currently the most requested model on the runway. Kate Moss is a modeling legend. Together they make up the faces of the powerful new fragrance campaign.

Delevinge has been featured by Chanel, Donna Karen, Burberry and Fendi where she took an infamous selfie that has now become the new symbol of cool. In fact, it was with an instagram selfie that Burberry announced that Cara Delevingne and Kate Moss, 40, will be featured in the new  campaign shot by Mario Testino.

This is the first time that the two super models have worked together, but both Cara and Kate are longstanding members of the Burberry family – Kate first appeared in a 1999  campaign and Cara was first featured by Burberry in 2010.

It was only a matter of time before they teamed up for a project also because Delevingne has been dubbed by the fashion media as “the new Kate Moss.”