Fashionable Football: The CFDA, NFL, and Bloomingdales Gear Up 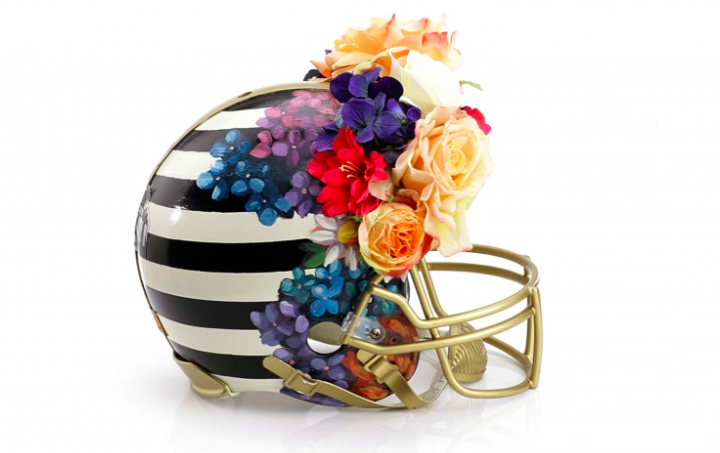 In preparation for Super Bowl XLVIII, the CFDA and the NFL foundation have joined forces. 48 different CFDA designers each created an original helmet.

The helmets will be unveiled today at 5 pm in Bloomingdale’s windows at its flagship location on 59th st. The windows even have interactive features built in that allow passerby to virtually try on the helmets. This is the first time the Super Bowl is being held in the NY-NJ area (the MetLife Stadium in Rutherford, NJ is hosting), and Bloomingdales is taking advantage of the opportunity to become more involved; the store is selling Super Bowl related clothing, accessories, and party supplies. Executive Vice President of Marketing for the store, Frank Berman, commented to WWD, “It’s one of the biggest cultural events in the U.S. It’s pop culture, and to be part of pop culture really is in our DNA.”

Similarly, the NFL is using the opportunity to tap into a larger, more luxurious fan base. Natara Holloway, Vice President of marketing at the NFL told WWD, “This will allow us to reach a whole new set of fans and see the Super Bowl from a totally different perspective.”

The 48 helmets for Super Bowl 48 are being auctioned off online beginning today until February 4th, starting at $248. 100% of the proceeds will go to the NFL Foundation, which focuses on community health, school sports programs, and football safety efforts.

Participating CFDA designers include Nicole Miller, Diane von Furstenberg, John Varvatos, Dennis Basso, Donna Karan, Marchesa, Betsy Johnson, and Narciso Rodriguez. Bloomingdales also designed its own helmet with a sparkling “b” on the side and a protruding Lady Liberty and Empire State building.

To see all the helmets and participate in the auction visit http://media.bloomingdales.com/fashion-touchdown/index.aspx