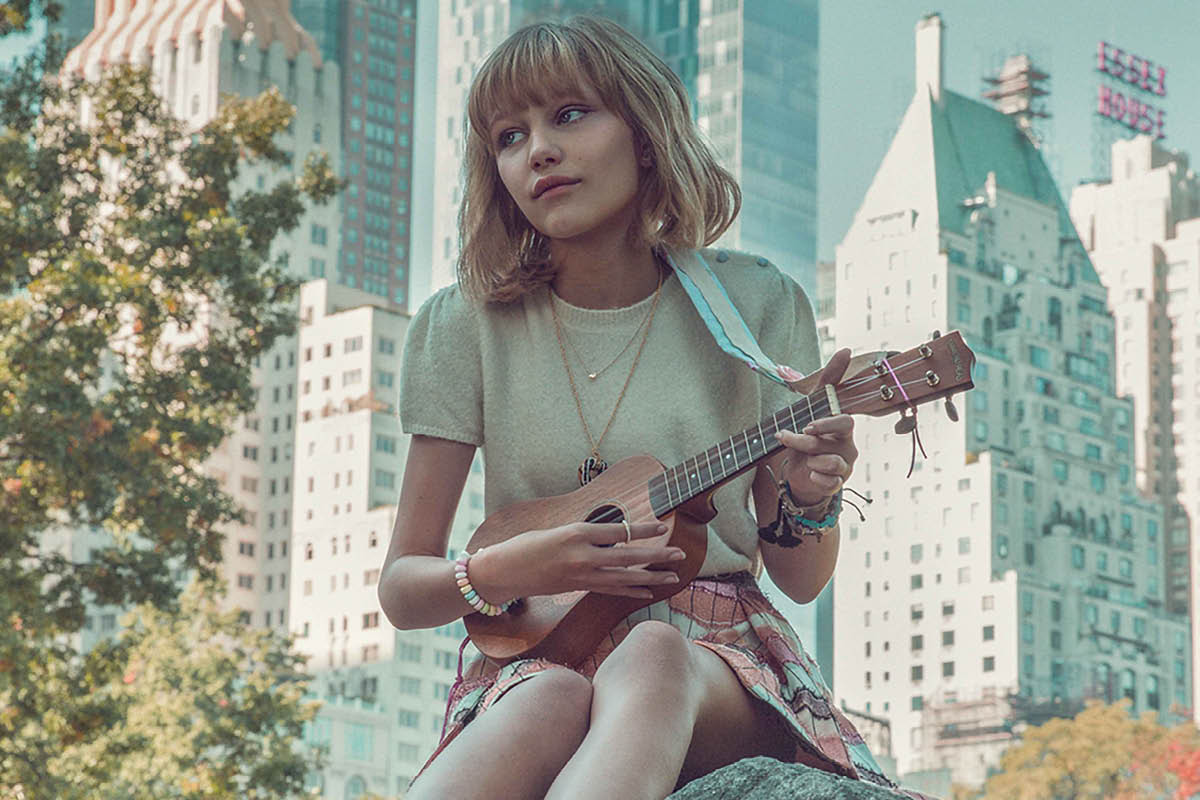 2016 has been a whirlwind year for singer/songwriter Grace VanderWaal. Nearly a year ago, Grace was auditioning for the NBC hit America’s Got Talent, of which she was the show’s Season 11 winner. Later this week, Grace will be releasing her debut EP, Perfectly Imperfect, through Columbia Records. And just a few days before that, Grace will be performing as part of the Seaport District’s 33rd annual Tree Lighting Ceremony on Nov. 29.

In addition to a performance by Grace, this year’s Tree Lighting Ceremony — which kicks off at 6:30 PM — also features music by Vy Higginsen’s Gospel Choir of Harlem. In addition to the lighting of 60-foot Norway Spruce tree from Hinsdale, Pennsylvania, there will also be a seven-foot Chanukah menorah on display. The event, as presented by the Hallmark Channel, coincides with Giving Tuesday; the Seaport District’s Howard Hughes Corporation will be making a donation to the Peck Slip School music program as part of Giving Tuesday. More info on all things Seaport and Howard Hughes-related can be found at www.seaportdistrict.nyc.

Grace — who Simon Cowell has called “the next Taylor Swift” — caught up with Downtown for some Q&A about what’s ahead for her, Seaport District appearance included. She can be followed on Twitter via @GraceVanderWaal and otherwise visited online at www.gracevanderwaalofficial.com.

Grace VanderWaal: Before I auditioned for America’s Got Talent I did performances at a few local coffee shops around my town.

Any idea what you’ll be performing at the Seaport District tree lighting?

Aside from the tree lighting event, what is coming up for you?

GVW: I’m so excited, my first EP is coming out this Friday, Dec. 2nd! And for the holidays. I am spending time with my family, which will be nice.

Do you have a favorite song on your new EP?

GVW: I LOVE “Gossip Girl!” I can’t wait for everyone to hear it.

A lot of people first learned about you from America’s Got Talent. Is there something you wish more people knew about you?

GVW: I have a brother! (laughs) Love you Jakob.

GVW: Playing with my new puppy Frankenstein — Frankie, for short.

Finally, Grace, any last words for the kids?

GVW: Even if people turn you down and tell you aren’t the best, keep at it and be patient. If it’s supposed to happen, it will.