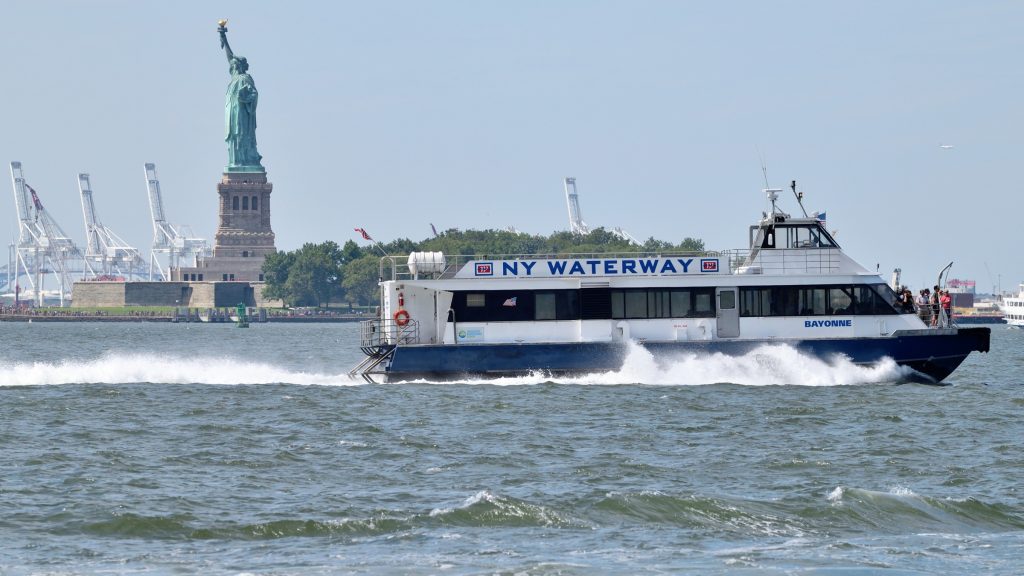 Reproduced with permission from the Downtown Alliance.

More than a decade ago, Mayor Michael Bloomberg called New York City’s waterways the “sixth borough.” While that certainly was less controversial than all the times Philadelphia was saddled with that moniker, the designation still seemed ambitious. Bloomberg was trying to bring attention to New York’s often-overlooked status as an archipelago, a city surrounded, and divided, by water — water, he said, that should be treated as part of the city, not just a boundary to cross.

Eleven years and two mayors later, the dream of the sixth borough is becoming a reality. As of February 2022, recent service expansions have made Lower Manhattan accessible via 18 different ferry routes. Waterfront access now outnumbers the area’s robust share of subway service, making it the most-connected neighborhood by ferry in the city. The following is a list of all the ferry services you can take to and from Lower Manhattan, whether you’re going to the Bronx, the Rockaways, New Jersey or just a little bit uptown.

The big ferry stop at Wall Street Pier 11 on the east side of the neighborhood is a hub for most ferry routes, meaning you can get just about anywhere along the East River and beyond, from as far north as Throgs Neck in the Bronx all the way out to the Rockaways; and from Bay Ridge in Brooklyn up to Astoria in Queens.

Governors Island is open year-round for the first time this year, and the NYC Ferry launched long-awaited, year-round service there in January.

On the West side of the neighborhood, the Battery Park City stop will get you to Staten Island, or up W. 39th Street. See the full routes and schedules here.

The biggest passenger boat in the waters of New York City is also one of the city’s finest free attractions. Regular service resumed in summer 2021, which means you can catch the free ride from Whitehall Terminal about every 30 minutes (or faster during rush hour), all day and night long. You’ll get a great view of the Statue of Liberty too, and you can always hit up the onboard bar to help pass the 25-minute journey. See the full schedule here.

The neighborhood’s multiverse of ferry options serve those coming from outside the city too. NY Waterway operates routes to Pier 11 from points in New Jersey, including Belford, Hoboken, Liberty Harbor, Jersey City, Weehawken and Edgewater; some of those routes go up the Hudson to Brookfield Place too. See the full schedule and routes here.

The Seastreak is an express boat to and from parts of New Jersey not easily serviced by NJ Transit or the PATH train. The ferry travels from Highlands and Atlantic Highlands to the Battery Maritime Building and E. 35th Street. See the full fares and schedules here.

No longer just a summer treat, Governors Island and its ferry are now operating all year long! Boats operate out of the Battery Maritime Building (10 South Street) from 7 a.m. to 4:15 p.m. Monday to Sunday; the last boat off the island leaves at 6 p.m. Tickets cost $3, see the full schedule here.

In addition, the newly added South Brooklyn route is now a permanent stop in between Sunset Park/Brooklyn Army Terminal and Red Hook/Atlantic Basin. Check out ferry.nyc for a full list of ferry schedules, and start planning your wintry Lower Manhattan skyline selfies.