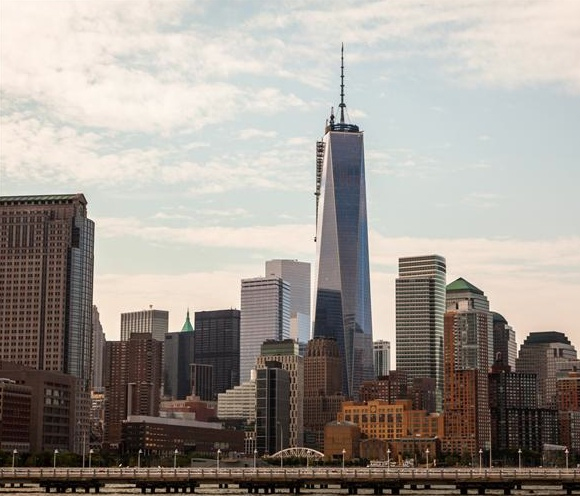 The opening of 1 World Trade Center later this year is becoming one of the most anticipated events of our lifetime.

In the latest news, KiDS Creative, a premier Advertising agency, has signed a one-floor lease with the tower, and will be calling the 87th floor home for the next 15 years.

The company boasts a robust clientele that includes Alexander McQueen and Balenciaga, and is a division of Box Studios.

Despite the announcement, leasing space inside the 1,776-foot tower, has been a slow go. Recently, rent rates were reduced from $75 per square feet for the floors below the 65th to $69 per square feet. This 10-percent reduction is a direct response to the difficulty in attracting tenants to the building. To date, about 55 percent of the building has been leased.

The 104-story building, a joint venture between The Port Authority of New York and New Jersey and The Durst Organization, is designed to be the safest commercial structure in the world and the premier commercial business address in New York. It will feature 3 million square feet of office space on 71 office floors, a grand public lobby, and an observation deck offering unparalleled views of the region.

The most celebrated tenant so far has been the massive media giant Conde Nast, which has secured more than 1.05 million square feet at the Tower, making it the single largest renter in the building. On the other side of the coin, the first private-sector buyer at 1 WTC, The China Center, is reducing its lease space to 100,000 square feet. Despite halving its original floor space, the China Center is moving to floors 88, 89, and 90, from floors 64 to 69. The higher floors in the tower cost significantly more, which still guarantees a healthy lease value.