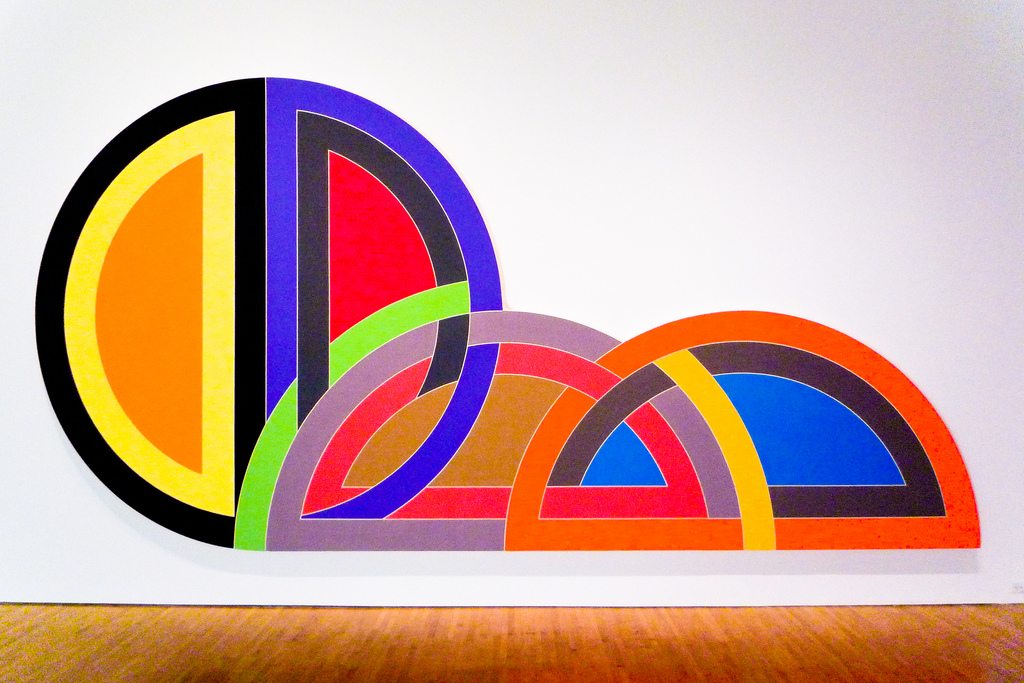 According to the New York Times, “Mr. Stella has done more than any other living artist to carry abstract art, the house style of modernism, into the postmodern era.”

Frank Stella, a minimalist painter and printmaker will feature his works in an exhibition called, A Retrospective, at the Whitney Museum from October 15th 2015-February 7th 2016.

The artist, a Massachusetts native and Princeton graduate, is revolutionary in his attempt to change the views of artists during the 1950s; a time period that favored Abstract Expressionism. His attempt was to move away from this style of painting while also expanding on the idea. Rather than try to evoke a particular emotion or meaning from his work, he focused more on the object itself. Many of his paintings are based on the experimental idea of working with the “flatness,” of the canvas.

One of his most praised works, Black Paintings (1960’s) is composed of  a black background and white lines in which Stella creates an, “illusionistic space out of the painting at a constant rate,” according to the MoMA. It first appeared at the MoMA in an exhibition called Sixteen Americans (1959).

Another well known piece of Stella’s is Harran II (1967). This contrasts Black Paintings in its use of vibrant colors, but follows closely the same theme which is to experiment with the canvas as a flat surface. The painting is composed of various connecting rectangles and circles.

The exhibition will showcase 120 of Stella’s works, which includes not only paintings but also various sculptures and drawings.

According to theartstory, Frank Stella states, “I like real art. It’s difficult to define ‘real’ but it is the best word for describing what I like to get out of art and what the best art has. It has the ability to convince you that it’s present – that it’s there. You could say it’s authentic… but real is actually a better word, broad as it may be.”

To learn more about Frank Stella and his work click here.