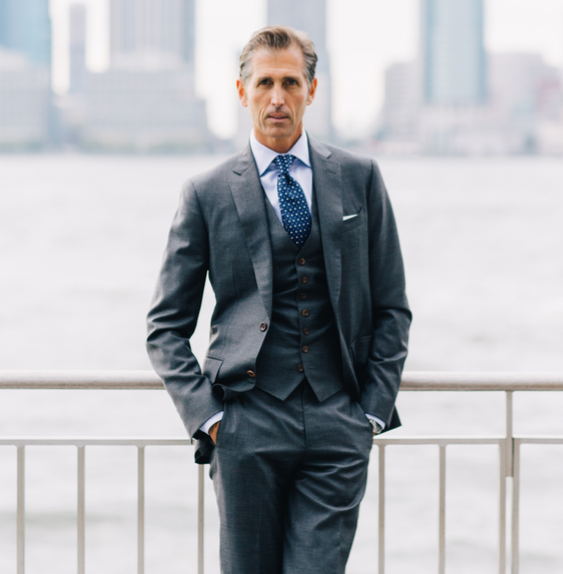 Before there was #MeToo, there was Bill Phillips.

THE FOUNDER AND MANAGING partner of Downtown’s pre-eminent employment discrimination law firm, William Phillips, of Phillips & Associates, has been fighting for harassed, beleaguered, and unfairly dismissed employees for nearly a decade. “People need to know that they are not alone in terribly unfair situations,” he said. “That’s where we come in.” Phillips has dedicated himself to representing working men and women against what continue to be insurmountable circumstances. “Outside of family, there is nothing more important in a person’s life than their jobs,” says Phillips. “To lose employment is hard enough. But to be harassed or discriminated against in the workplace makes the situation exponentially worse.”

Phillips points out that these kinds of situations have been a horrific reality for far too long. He is using his skills to champion employees who have been terrified to fight back against the powerful bosses and corporations that intimidate them. “People in power have always used their leverage to overpower and silence their victims,” he said. “I decided to get in the right on the side of those people who need it. We are dedicated to helping our clients achieve the justice they deserve and restore a sense of control over their lives.”

Phillips, who has been named one of the 10 Best Labor and Employment Attorneys in New York, gave up successful pursuits in the business world to apply his experience to the defense of victims in the workplace. His unique perspective allows him to have a better understanding of the industries in which his clients and their employers work.

“I come from an investment banking background, and now I’m in the business of helping people who need it most. To do so, I’ve hired a team of attorneys.” Phillips says, “I have no reservations about surrounding myself with the best employment lawyers in the field. It’s my job to make sure our team is available to clients who need representation unique to their individual situations.”

In fact, Phillips changed the business model to allow his firm’s services to be attainable for those who feel helpless. “We don’t charge a fee to our clients unless we are successful,” he explained. “That was very rare before we opened our doors. Most firms charge upfront fees which are often unaffordable for many victims—as much as $10,000. But if we know we have a good case, we front those costs and never cut any corners on our client’s behalf.” The efforts have produced results. “We recently had a $2.3 million verdict for one of our clients against the Port Authority of New York and New Jersey in a racial discrimination/national origin case,” he said.

And while the attention gained by the more notorious cases in the #MeToo movement has shed new light on the need for firms like Phillips & Associates, he believes his work is far from done. “People need to know that resources like ours are available to them,” he said. “They may be more comfortable about coming forward now, but they still need quality representation.”

That’s why he is expanding his team to include in Westchester, Long Island, Philadelphia and even as far away as the West Coast. “Downtown is still home base,” he said. “It’s accessible to people all over the city and though we have become the largest rm in our eld, we will continue to grow as long as there is a need for our services.” He continues, “We’re here to provide quality attorneys to protect and advocate for people who are being taken advantage in the workplace environment. Discrimination and sexual harassment in the workplace continue to be devastating. As long as they exist, we will continue to fight against them and promote an atmosphere of mutual respect.” DT newyorkcitydiscriminationlawyer.com