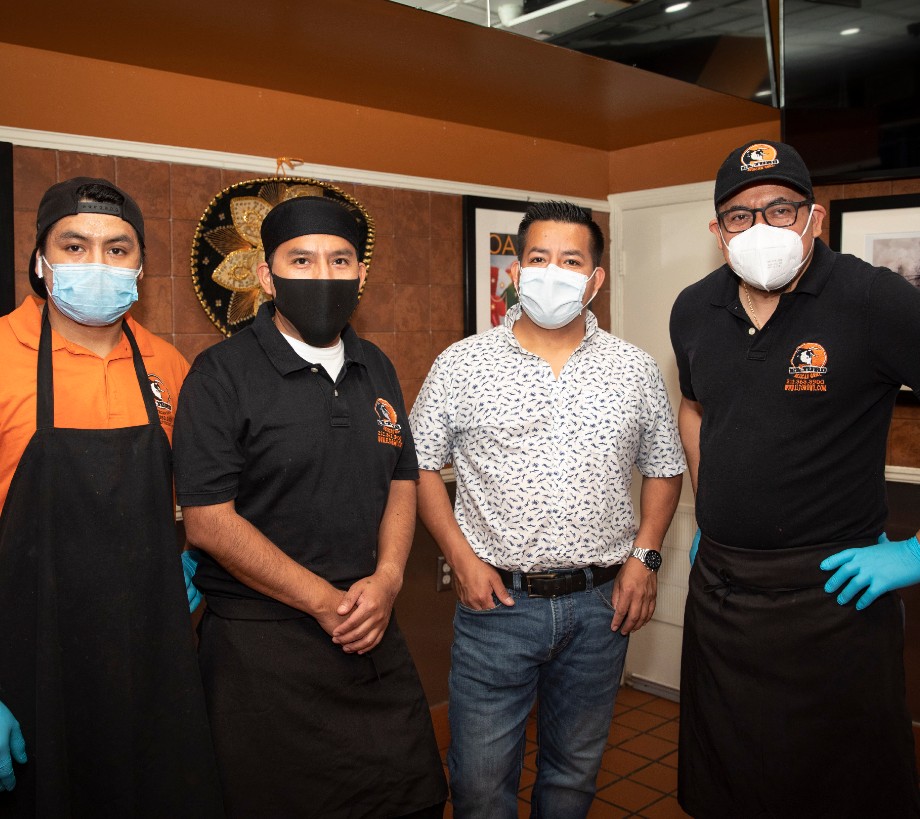 ‘I WANTED TO GET SOME BUSINESS, AND GET MY PEOPLE WORKING TOO’: CARLOS CORREA ON REOPENING EL TORO MEXICAN GRILL

When the pandemic hit New York in March, Carlos Correa shut down El Toro Mexican Grill, his popular restaurant at 69 New Street. Eventually, he decided to partially reopen so that neighbors could have his Milanesa sandwiches and chicken flautas brought directly to their doors. “We do a lot of deliveries,” he told the Downtown Alliance, even though “the street was dead — no traffic, nothing.”

With depleted sales figures, Correa had to let go of half his staff and rely on a skeleton crew. Thanks to expanded outdoor dining rules in the city’s phase II reopening, Correa was at least able to install tables on the sidewalk. “I’ve got a couple in front of my place,” he said. “I wanted to get some business, and get my people working too.” But even that hit a snag on account of construction work nearby. “We’ll have to put some signs all over the street. I’m completely hiding right here. There’s scaffolding for almost half a block.”

Despite the many setbacks –

Correa’s still chugging along. He’s rigged up his place for social distancing, with glass partitions separating the cashier from the diners, and staffers outfitted with masks and gloves. Every day, he and his remaining staff do temperature checks to ensure no one’s sick. “You never know,” he said. “It’s for our protection, and our customers, too.”

Speaking of customers, Correa says his regulars have been vocal about offering their thanks. “Everybody is calling me on the phone,” he said, “‘We miss you guys so much! We’re missing the food! Thank you for reopening!’ Things like that.” He’s hoping things pick up.