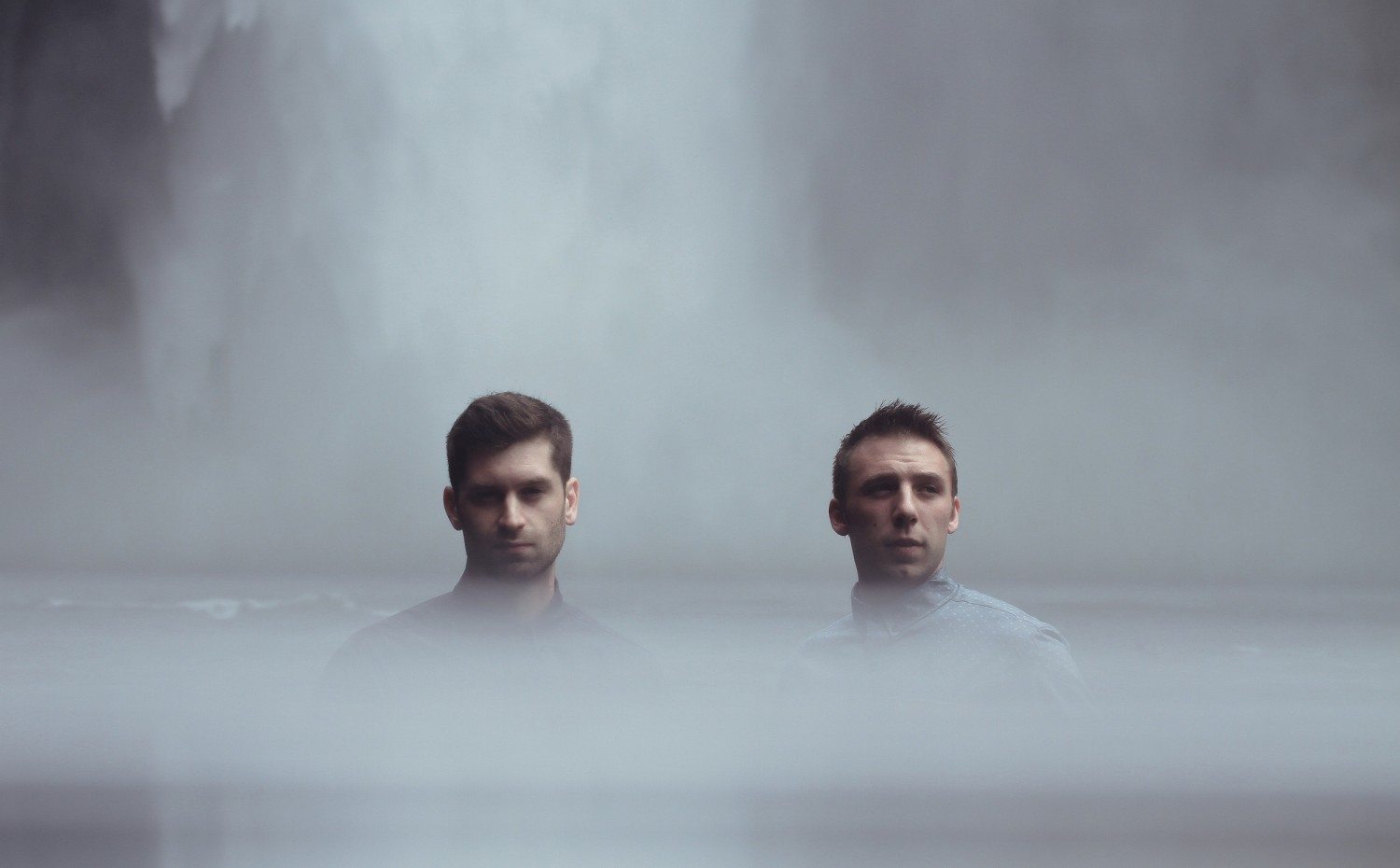 Since coming onto the scene in 2012, ODESZA has taken the electronic music scene by storm. Consisting of duo Harrison Mills (CatacombKid) and Clayton Knight (BeachesBeaches),  their sound is uniquely different, which Mills describes as “experimental pop with a hip-hop backbone.” The duo have played all over the U.S., including gigs at Coachella, Bonnaroo, Lollapalooza and Governors Ball. Their loyal fan base has grown astronomically since the release of their first album, Summer’s Gone in 2010, and the EP, My Friends Never Die in 2013, with 3 of their 5 tracks hitting #1 on Hype Machine.

In support of their summer tour in 2014, the duo released their sophomore album, In Return, further establishing ODESZA as a force to be reckoned with in the electronic music world with the infusing of dreamy indie and pop-electronic influences into their music.  In Return debuted at #1 on the Billboard Electronic chart with 13 weeks in the Top 10, #1 on the iTunes Electronic Chart where it spent 15 days in a row, cracked the iTunes Electronic Chart Top 10 in 7 other countries outside the U.S., and reached #20 on the iTunes Overall Albums chart.

In lieu of their (three!!) upcoming and sold out shows at Terminal 5 in November, Harrison took some time to answer a few questions for Downtown about the origin of the duo’s name, their upcoming music and tour and playing in New York.

It is also important to note that the duo was only originally scheduled to play on Nov. 13, but added two more shows, on Nov. 12 and Nov. 15, due to the overwhelming fan response.

Where did the name “Odesza” come from?

There’s several different stories that kind of float around, but the true story is that, um, at the time when we were forming, we were trying to think of a name, and we were listening to a lot of Caribou, and there’s that song “Odessa,” by Caribou, and we thought that it represented a lot of the sounds that we were going for when we first started kinda getting into instrumental music.

Huh, I think, I think there’s kind of a judgment that goes, that people that use laptops don’t know how to make music, and I think that’s untrue. There’s so much work that goes into production, a lot of the time we’re playing instruments on our own production, and I think, in general, people took the time to realize that. But I guess there’s just, you know, some stuff you can’t educate everyone, it’s just not unique.

Would you also say that is a common misconception people have of the EDM scene in general?

I mean, for me, I feel like EDM is a bit of a dirty word, it’s just so vague; it can really mean anything, and I think it means something different to every person. So when someone calls something “EDM,” another person might think dubstep, or someone else might just be ‘Oh, electronic music!’ So that one’s kind of too vague and hard to use.

How would your describe your music/sound to someone who has never heard you before?

That’s always tricky for us because I think we try to bridge the gap between lots of genres. But I would say it’s indie-electronic, experimental pop with a hip-hop backbone.

What’s it like going from playing huge festivals with other big names to headlining your own tour?

I think both, they’re both really different. They’re different beasts altogether because you can change so much depending on the setting there at a festival, and festivals can range from like, a giant, outside tent to like, a very more intimate place, but usually they’re outside, and it depends on if it’s sunny or dark, or all these different things. Whereas I think a show, your own show, people are there for you, they definitely know the music, people aren’t, you know, just wandering by, and like catching it too, and I think both have their pros and cons, but we definitely like them both. I wouldn’t say I favor one or the other too much, I definitely like when we get to do intimate settings.

What can be expected at the shows at Terminal 5 in NYC in November?

We’re definitely going to change some things. We’re going to build a lot of different pieces for the show that we haven’t done before. I think we’re always trying to work on a set, change it and let it evolve. And I think you don’t really know how things are going to go until you actually play in front of an audience. It’s always a different…the word is feeling? (laughs)

But I think that we’re going to be doing a lot more live tunes; we’ve been growing it more live each time. And so trying to create more of a theatrical production and just a real experience and just to immerse yourself in, instead of just being two guys with laptops, you know, we’re trying to push away from that as much as we can, but you know, keep our sound intact, and not sacrifice anything that is good about our sound.

Well, it’s amazing. I think you guys only originally had one show booked there, and now you have 3 shows there, and 2 are sold out, so I’m sure you’re really excited about that.

What is your favorite part about coming to NYC?

I have friends there, and it’s such an exciting city. There’s always something to do, and I don’t think there’s any other city like that. And I feel like from being all over the world, it’s a hard thing to accomplish, so New York is definitely its own beast, and I just really love the nightlife, its atmosphere, and how it always feels like it’s just moving.

It’s been almost a year since the release of your last EP. Can we expect to see any new music from you guys anytime soon?

If you could collaborate with any artist/producer right now, who would it be and why?

Ooh, that’s a really good question. I think, if I were to go with someone who I actually know personally, that I know would mesh well in the studio, it would be Hayden James, our old touring roommate and someone who we recently remixed, that should be out soon, but he just works really, really well with us, and we mesh on a lot of different levels. I also think his strengths can also be our weaknesses, and I think that we can probably make some really cool stuff together. But as far as someone I don’t know, someone I admire…I think someone really cool would be Mura Masa; I really like him. He’s a young kid from London.

What advice would you give to someone looking to break into this industry?

I think there’s two things: One I would say stay genuine to what you like to do, because if you start building an audience off of your own genuine sound, don’t change to a trend because you think that as you grow your audience, you need to change your sound that way. I think a lot of people fall to that, I mean, you’re there for a reason, if people are listening to you, and remembering you’re important. And another thing I would say is that make personal connections to people you want to work with, instead of trying to dismiss everyone. I think that kind of L.A. atmosphere, or, you know, everyone’s kind of duped each other, or give each other buzzwords so you work with them. And I don’t think that works very well, and I think the personal connections mean a lot and you’ll make better use because of it.

Check out the preview for their fall tour here: