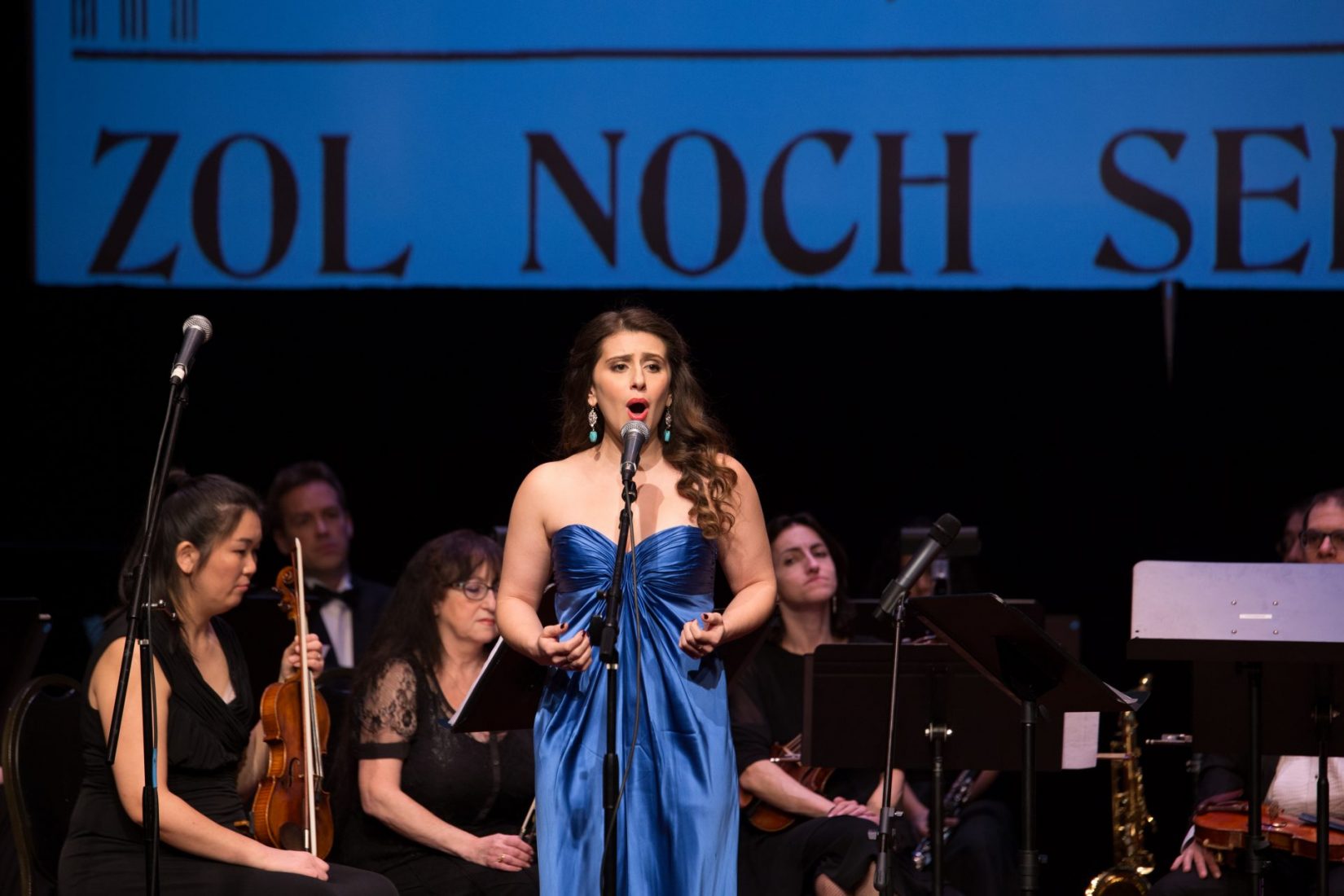 “Throughout our storied history, National Yiddish Theatre Folksbiene has created a living legacy through the arts, presenting a range of dynamic plays, musicals, concerts, educational programs and much more that engage and inspire people of all ages,” said NYTF’s Chief Executive Officer, Christopher Massimine. “In 2018, we continue this rich cultural heritage by bringing ‘the people’s stage’ to even more audiences.”

Headquartered in Downtown Manhattan’s Museum of Jewish Heritage, National Yiddish Theatre Folksbiene unveiled its Spring/Summer 2018 season this week. Anchoring the season is the Yiddish version of “Fiddler on the Roof,” which has not been staged since its world premiere production in Israel more than 50 years ago. Translated and adapted by Shraga Friedman, performances are set to begin July 4, in the Edmond J. Safra Theatre at the Museum of Jewish Heritage in Battery Park.

“Our version of Fiddler is set to design an accurate re-creation of how this musical might look and sound in its native Yiddish tongue,” stated Mr. Massimine. “The context of this production will be presented to provide a culturally historical retrospective. Concurrently, we are working with filmmaker Max Lewkowicz of Dog Green Productions, who is creating the official Fiddler documentary.”

NYTF will be actively consulting with Pulitzer Prize-, Grammy-, and four-time Tony Award-winning lyricist Sheldon Harnick, a member of NYTF’s newly formed Artistic Council, about the show’s development, and will work with The Jerome Robbins Foundation to honor his original choreography and his connection to Yiddish culture. 2018 is the 100th anniversary of Jerome Robbins’ birth and his centennial year will be celebrated with hundreds of programs around the world.

Fiddler on The Roof features music by Jerry Bock, lyrics by Sheldon Harnick, and book by Joseph Stein. The original Broadway production of the show, which opened in 1964, was the first musical theatre production in history to surpass 3,000 performances. The show won the 1965 Tony Award for Best Musical in addition to eight other Tony Awards that year.

The Yiddish translation was artfully crafted by noted Israeli actor/director Shraga Friedman in 1965, just one year after the Broadway debut of Fiddler on the Roof and deepens the connection of the work to the original stories of Sholom Aleichem. For an example, “If I Were a Rich Man” is translated into Yiddish as “If I Were a Rothschild”, referencing the title of another short story by the beloved author.

From February through the summer, the new season is filled with programs serving a diverse audience of performing arts patrons, cultural enthusiasts, Yiddish-language aficionados and the general public.

“This season, the National Yiddish Theatre Folksbiene will continue to offer enriching experiences showcasing both old and new traditions, and even seed some new ones,” said NYTF’s Artistic Director, Zalmen Mlotek. “Yiddish is the heart and soul of language and culture, and where better to experience this amazing language and create lasting memories than in our country’s longest-running Yiddish theatre company.”

On tap this season are signature events, most held at the Museum of Jewish Heritage, including these on the immediate horizon: “Vilnius”, a staged reading of a new play by Ira Fuchs on February 6;  Early Yiddish Theatre and Vaudeville on February 11; the immersive theatrical experience “House of Esther: Immersive Purim Event” on February 28; “King of the Jews”, a staged reading of a play by Leslie Epstein, on March 5; “From the Yiddish Rialto to the Silver Screen” on March 11; and, a holiday event for the whole family, Pop-Up Passover, on March 25.

Throughout its history, National Yiddish Theatre Folksbiene has created a living legacy through the arts, connecting generations and bridging communities, bringing history to life by reviving the lost and forgotten gems of the Yiddish stage through its global restoration project, commissioning new work, and adapting pre-existing work for the 21st Century.

“Fiddler on The Roof” performances will run from July 4 through August 12. NYTF members will have exclusive access to sales until February 12, when tickets will go on sale to the general public. For advance sales/membership/groups, call 212-213-2120 Ext. 204. For tickets after February 12 visit their website or call 866-811-4111.