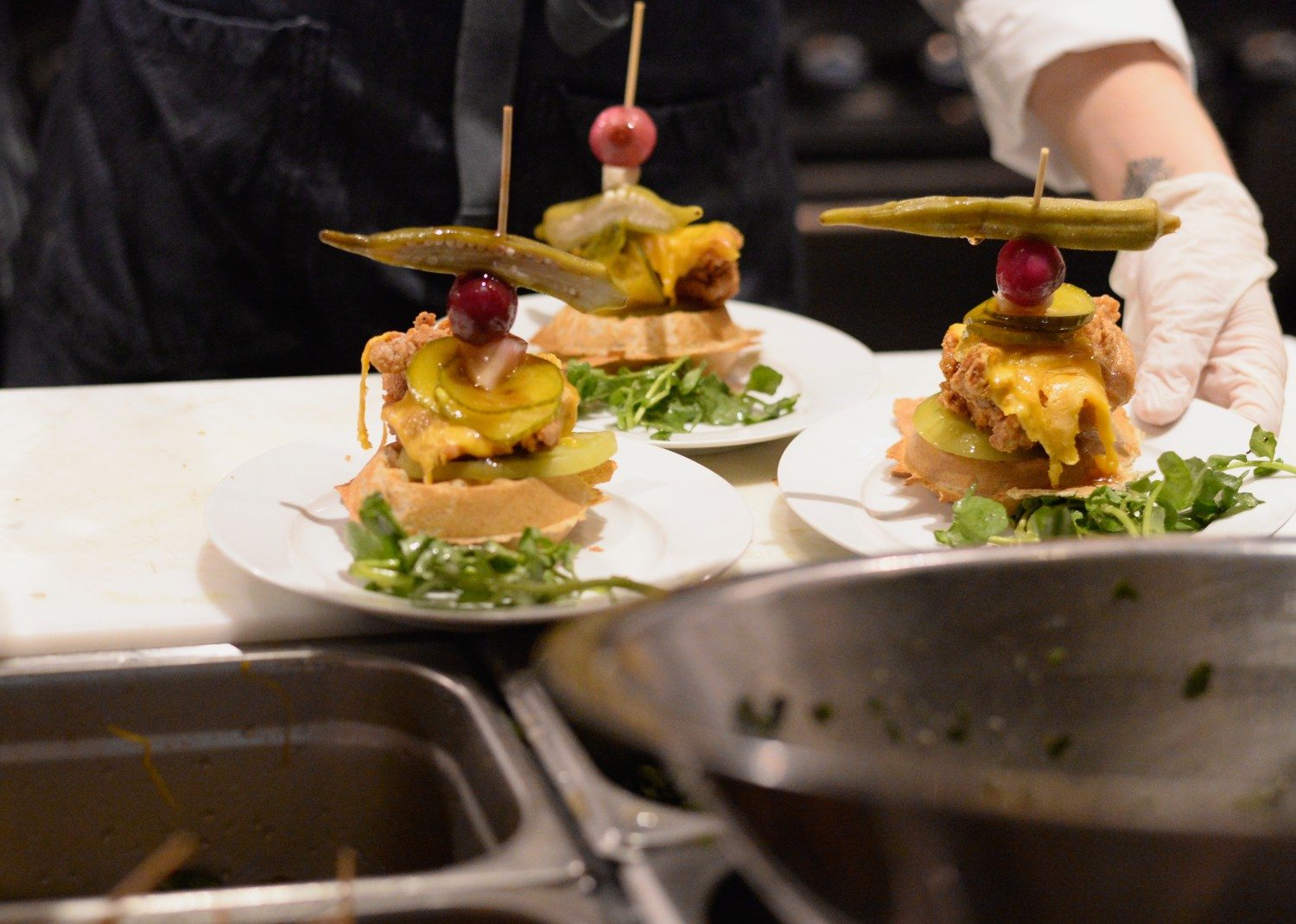 New York City Wine and Food Festival celebrates NYC for its tremendous and tasty dining scene. And with avenue after avenue of delicious, inventive cuisines from all over the world, there is a lot to celebrate. What makes this event even more appetizing for New York food-lovers? Revered television chefs from the Food Network and Cooking Channel help to host the affair. The cherry on top is that 100% of net proceeds go to Food Bank For New York City and the No Kid Hungry® Campaign. Festival Founder and Director Lee Schrager has helped grow the festival to mirror the success of sister festival SOBEWFF in Miami. Downtown asked Schrager about his inspiration behind the delicious affair and what prospective festival-goers can look forward to this year.

What was your inspiration for founding the New York City Wine and Food Festival?

The first NYCWFF took place in 2008 – six years after the launch of its sister SOBEWFF in Miami. New York City is one of the world’s greatest dining destinations and it made sense to take the success of SOBEWFF and expand upon it in such an established – and evolving – culinary destination to benefit two of the nation’s leading hunger-relief organizations.

How has the festival changed/ grown since its inception?

We started out centralized around the Meatpacking District – which is so charming and has a bustling restaurant scene.  While we still hold several events there, we had a need to centralize the locations of some of our more signature events.  We now refer to Piers 92 & 94 in Midtown West as our culinary campus for our signature events, though we still have things happening from Harlem to Wall Street.

What are you hopes for this festival and future festivals?

My hope is always to drive awareness and raise as much as possible for Food Bank For New York City and No Kid Hungry® at NYCWFF.  We try to showcase a wide variety of new talent each year and come up with great events that celebrate tried-and-true favorites as well as new trends.

Since the festival celebrates New York City as one of the world’s greatest culinary hubs, what are some of your favorite aspects of dining in NYC?

It’s accessibility. Admittedly, I have my favorite spots – but I love that as much as I’m here, or even if you live in the city full-time, you have the option to never eat at the same place twice!

What are some fun, potentially new aspects of the festival that people can look forward to this year?

In addition to bringing back everyone’s favorite events, we’ve got a great selection of new ones – like Veg Out: Stretch, Sip & Savor presented by Hungryroot hosted by Haylie Duff, Ramen Party hosted by The Fat Jew, Midnight Breakfast hosted by Rev Run and Justine Simmons, The Art of Tiki: A Cocktail Showdown presented by Cocktail Kingdom hosted by Emeril Lagasse and more.

What are some great resources for wine and spirits in New York? Will they have a presence at the festival?

Brands in the Southern Wine & Spirits of New York portfolio can be found at all 100+ events throughout the weekend.  The best place to catch a majority of them is at the Grand Tasting presented by ShopRite – where committed oenophiles can also choose to upgrade their experience to include the Wine GEMS Collection Room presented by Wine Spectator.

All of the money raised at the festival goes towards Food Bank For New York and No Kid Hungry®. What are some other ways that people can help out these organizations in addition to the festival?

September is nationally recognized as Hunger Action Month – consumers and restaurants can participate in Dine Out For No Kid Hungry™, host a virtual food drive with Food Bank For New York City or even simply wear orange on September 17 for Go Orange Awareness Day.

If you want to dine for valiant cause at this year’s festival, check out NYCWFF’s website to get more info and to purchase tickets for their many events. You can help support Food Bank For New York and No Kid Hungry® during Hunger Action Month prior to the festival in a number of ways, including the suggestions made by Schrager. You can also visit their respective websites to learn more.