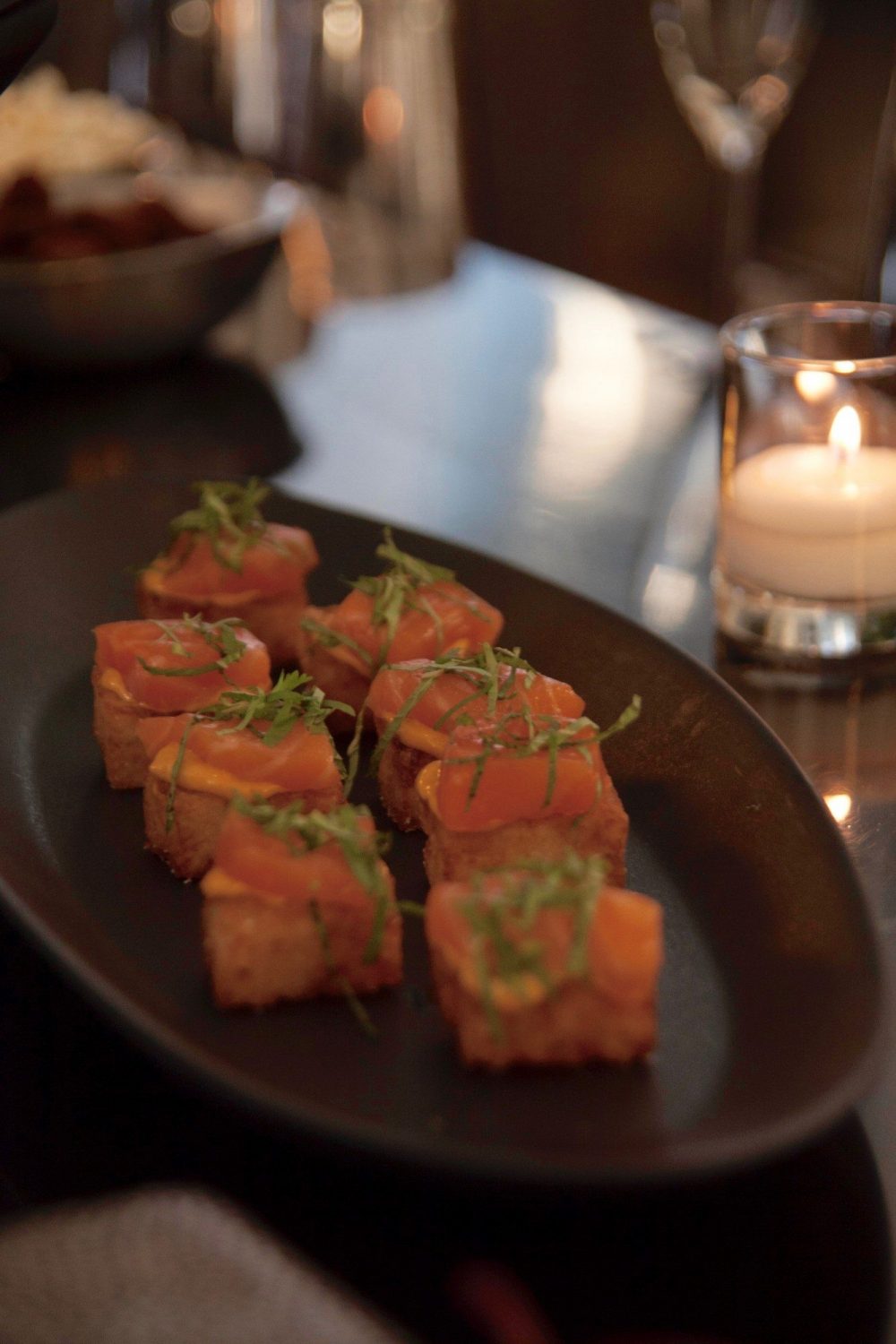 On Wednesday, Sept. 27, Jean-Georges launched its new foundation Food Dreams, a nonprofit organization dedicated to investing in culinary students and the community around them by bridging the gap between the two.

Jean-Georges has partnered with the Culinary Institute of America (CIA) to provide culinary students with education within CIA, training programs within Jean-Georges restaurants and job placement post-graduation.

“Family, education, philanthropy and dreams [were] our core values when we first decided to create the Food Dreams Foundation,” said Louise Vongerichten, who added: “We want to give back and help students to pursue their dreams in the culinary world, while being a family project and having fun with it.”

“It started with my father and I, driving to our family house upstate. We were joking about money that I had dropped in the car and I asked my father ‘where should I put this money?’ and he replied ‘To the JG Foundation’ and it clicked in my head. A few months later, the Food Dreams Foundation was up and running,” explained Louise Vongerichten about what spiked the idea of the organization.

“[I feel] very excited and proud to work for such a great cause and doing it with family and close friends,” noted Cédric Vongerichten.

The launch party was held at Jean-Georges restaurant on Perry St., owned by Cédric Vongerichten who had also prepared the menu for the night. The launch party had select attendees near and dear to the Jean-Georges family. Among others was CEO and Publisher of Downtown, Grace A. Capobianco.

“I was pleased to be invited to the launch of the Food Dreams foundation. It’s very rare to have a world renowned chef and two of his children reach success in the culinary industry. Not just a success for their individual talent, but success for their charitable contribution and work,” said Capobianco. She added: “The Vongerichtens is an undiminished force in the culinary industry.”

“I think it [the foundation] is spectacular. Not only does it give people lots of opportunities, it’s [also] just a very philanthropic [endeavor], it’s just a great thing,” said attendant Ian Schrager, founder of Ian Schrager Company.

“I think it’s fabulous, the family is so wonderful and for them to be honoring the legacy of Jean-Georges is just fantastic,” said attendant Jamie Singer, CEO of Ussie.

“When they first approached us with this idea, actually they were still formulating it and they said, ‘we know you and the CIA so well, Tim, help us think this through’, and together we collaborated on it,” explained Tim Ryan, President of CIA. “They’re just so smart, they’re such a pleasure to work with,” he added.

With Cédric Vongerichten and his wife Ochi Vongerichten, both being graduates of the CIA, it was no coincidence that they chose them as their partners, but they are open to expand and add on more partners as the foundation hopefully grows.

“We are partnering with the CIA, but open to partner with other schools and to work with other chefs. We are only in the beginning stage of the foundation,” explained Cédric Vongerichten.

“We are starting in the U.S., and we hope to expend around the world,” he added.

The donations to the foundation goes to supply students with a two-year associate degree at the CIA. They hope to support around 20 CIA-students this first year and then grow the number exponentially.

“Since I started working on the foundation in February of this year, there is not one day I have not been excited to wake up and work on the foundation, and see the progress of making it real. I can’t wait to raise more money and see smiles on students’ faces when we will give them scholarships and access to their dreams,” noted Louise Vongerichten.

“[The culinary industry] is an industry of passion, where dedication [and] hard work are important values to succeed. It is a beautiful industry that needs more talents,” said Louise.

“[I]f Food Dreams can help passionate students reach out to their dreams of accessing to an education and a job, it will be great and rewarding!” she finished.

Downtown was also able to catch up with Jean-Georges after the event to share his thoughts on the launch:

How do you think that your guests felt about the new foundation last night?

Jean-Georges Vongerichten: We chose to quietly introduce the foundation to people who are near and dear to my family and I. I wanted to celebrate the launch of the foundation with those people who have supported me throughout my career. I believe everyone who attended was excited and as enthusiastic about Food Dreams as we were. After the event, I received great feedback and guests also inquired about how they could get involved and contribute.

Having the culinary institute as partners what does this say for your long successful relationship with this organization?

J-GV: We have a history with the CIA being that Cédric and Ochi are both alumni and chose to launch the foundation with them as our exclusive partner. Dr. Tim Ryan and the CIA have always been very supportive of me and my business and I wanted to reciprocate the support.

Many people talk about your ingenious creativity, Dr. Tim Ryan last night is quoted for stating “Jean-Georges Vongerichten is one of the most creative and innovative chefs in history”, how does this make you feel? And other than hard work, how did you as a young Frenchman in the U.S. achieve such status?

J-GV: Through hard work and always striving to be the best I can be. I learned from my mentors and hope that with this foundation, we can offer the same to students and recipients of our Food Dreams scholarships.

You have so many projects going at once, how do you do it and what drives you to put your name behind it?

Working with your talented daughter Louise, did you envision this type of collaboration when she was just a little girl?

J-GV: I always knew that Louise would be this motivate and a self-starter. I tend to think that she gets it from me!

-Interviews by Grace A. Capobianco
-Photography by Sophie Kietzmannn