Guitar hero Andy Timmons to return to The Iridium on Oct. 23 & 24, talks New York and more 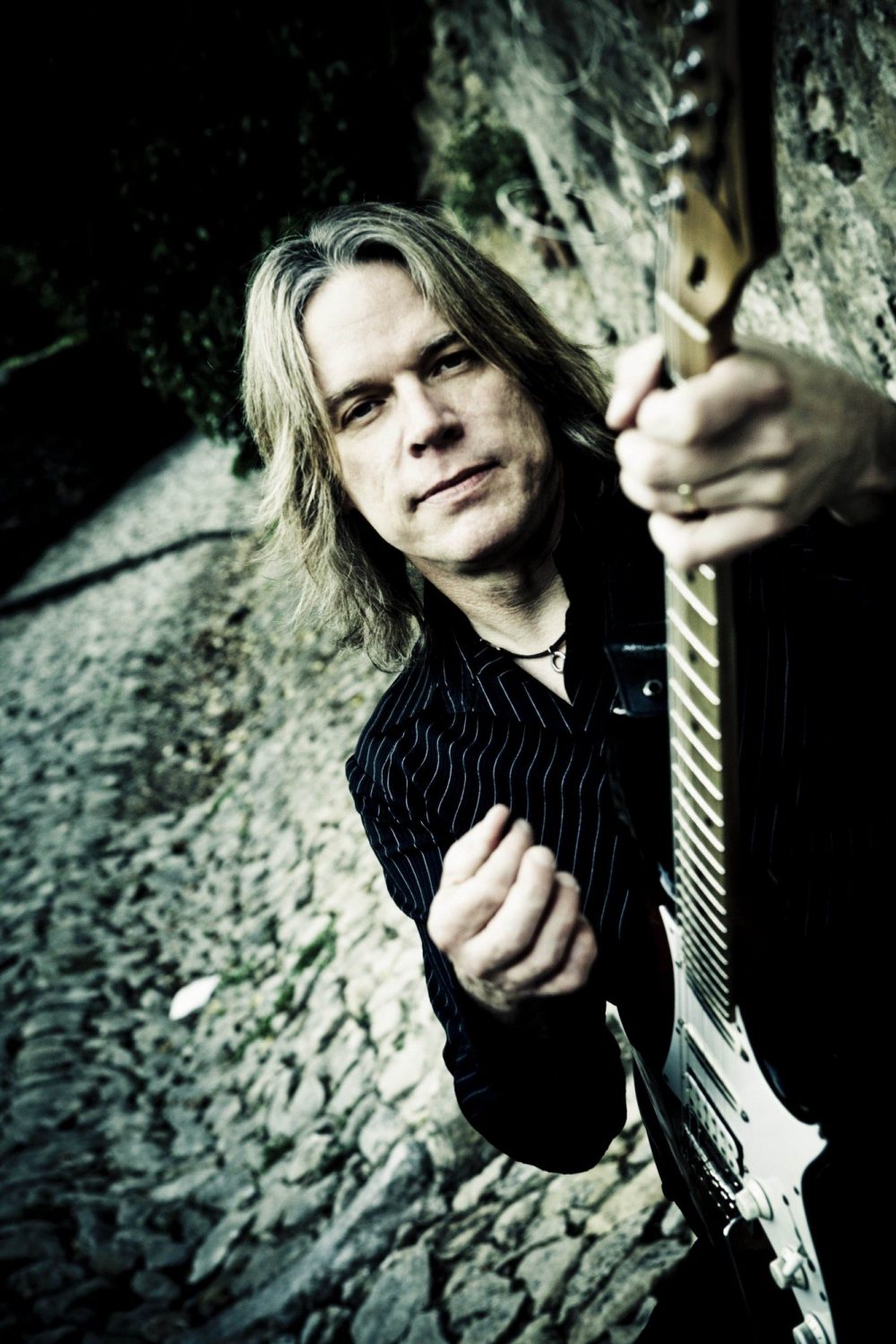 Andy Timmons has had a very unique career on several levels. One example is that he has been able to do so many different things successfully, from playing in a major label band, to being a multi-genre session player, to being an in-demand clinician. Another is the longevity of his career, which started nearly 30 years ago in the late 1980s. Furthermore, he is a bonafide guitar hero both here and abroad, having been voted a “Top 20 Favorite Guitarist” in Japanese magazine polls and also “Musician of the Year” four years in a row at the acclaimed Dallas Observer Music Awards.

The Evansville, Indiana native — now based in Texas — first made waves in music as a member of the New York band Danger Danger. During its Epic Records tenure, Danger Danger sold over a million albums and toured alongside KISS, Alice Cooper, Extreme and Warrant. After leaving Danger Danger, Andy transitioned into being more of a studio guitarist, having played on recordings by Paul Stanley, Kip Winger, Olivia Newton-John — for whom he also served as music director for several tours — and Paula Abdul. His solo career officially began with the release of 1994’s ear X-tacy and continues with this year’s Theme From A Perfect World.

In support of Theme From A Perfect World, The Andy Timmons Band — which also includes Mike Daane and Rob Avsharian — will be playing 8:00 PM and 10:00 PM shows on Oct. 23 and 24 at The Iridium. Andy caught up with Downtown about his love for New York and what else is coming up for him. His answer about recordings he may have played guitar on secretly is among my all-time favorite responses that anyone has ever contributed to Downtown.

Andy Timmons: I had formed The Andy Timmons Band in early 1988 in Denton, Texas, and we were primarily an instrumental guitar power trio. We quickly garnered a great following in the Dallas area and began recording some original material, which was very Joe Satriani, Steve Vai and Eric Johnson-influenced stylistically. One of the early demo tapes made it to the Danger Danger camp, who had already recorded their first record and were looking for a guitar player to join the band for videos and touring. They flew me to New York City to audition two different times and the rest is history. I immediately moved to the New York City area — first to Hackensack then eventually to Flushing, Queens. I’ve been in love with New York City ever since.

AT: I think it was Danger Danger’s first gig and it was a club called Reds somewhere in Long Island. Commack, possibly? The crowd was ALL young girls and I had never experienced anything like that.

Is there anything you miss from your time in New York?

AT: Everything! The people, the music, the food, the energy…but especially the friends I made while living there. Once you have a friend in New York, they are friends for life and they have your back. True blue to the core. Of course through music –and sometimes vacation — I make it to New York City at least 2 to 3 times a year. Shun Lee Palace here I come!

You’re set for two nights at The Iridium in October. What is it about The Iridium that keeps you coming back?

AT: They keep inviting me back! (laughs) It is actually the first place The Andy Timmons Band played in New York City — in 2011 — and I tend to be a very loyal person. I love the vibe there and the people that run the place always treat us well. I like having a “home” kind of gig.

When did things first take off for you in Japan? Had you toured Japan with Danger Danger?

AT: Yes, my first visit there was in 1990 with Danger Danger and I have now been there a total of 20 times in a variety of different contexts: The Andy Timmons Band, Olivia Newton-John, Simon Phillips/Protocol as well as guitar clinics for Ibanez and Mesa Boogie. The fans there are very loyal and life-long supporters.

Your large-scale success in Japan isn’t at all surprising to anyone who’s heard you play guitar, yet it’s comparable to what Marty Friedman and Paul Gilbert experience. Does that bother you? Or is it nice to not have as much pressure when you are home in Dallas?

AT: I’ve always been very thankful for any success that I’ve had around the world, but I’m also thankful that it’s not too much success. I think I would have a hard time with the issues that seem to come with large-scale stardom. It’s never been about being rich and famous for me, I just want to continue the path of personal and musical growth throughout my life. That makes me happy. Everything else is purely distraction from what is real and important.

Beyond your solo career and your work with Danger Danger, you have done a lot of session work. Is there a particular session that you’re most proud of?

AT: Easily the sessions I’ve done with Kip Winger come to mind, particularly This Conversation Seems Like A Dream record. It’s some of the best playing I’ve ever done and working with Kip is completely organic and inspiring. He’s truly one of the most talented people I’ve ever worked with. We will be collaborating more in the future. Also the two recent records I’ve done with Simon Phillips — Protocol II and Protocol III — are rock-jazz fusion records on a very high level. I love things that take me off my normal path and are a great challenge.

Are there any notable studio sessions that you had ghosted on and initially weren’t allowed to talk about?

AT: “She’ll Be Coming Around The Mountain” by Barney. Yes, THAT purple dinosaur. (laughs)

What’s coming up for you career-wise after your upcoming tour? Is there a follow-up to Sgt. Pepper in the works?

AT: The new Andy Timmons CD, Theme From A Perfect World, will be released Sept. 30 and the October U.S. tour dates will be a sort of CD release tour. We can’t wait to debut this record in New York City! We will then tour Southeast Asia in November and then more U.S. and European dates in 2017. I’m also traveling to Brazil to record a Bossa Nova record with Sydnei Carvalho and Roberto Menescal in September.

AT: Simply spending time with my wife and son. And LOTS of practicing. (laughs) I get asked that a lot, but music literally consumes and energizes my life. It’s my hobby as well as my profession.

Is there something you wish more people knew about Andy Timmons?

AT: That I’m an avid jazz enthusiast and plan to record some straight-ahead jazz in the near future.