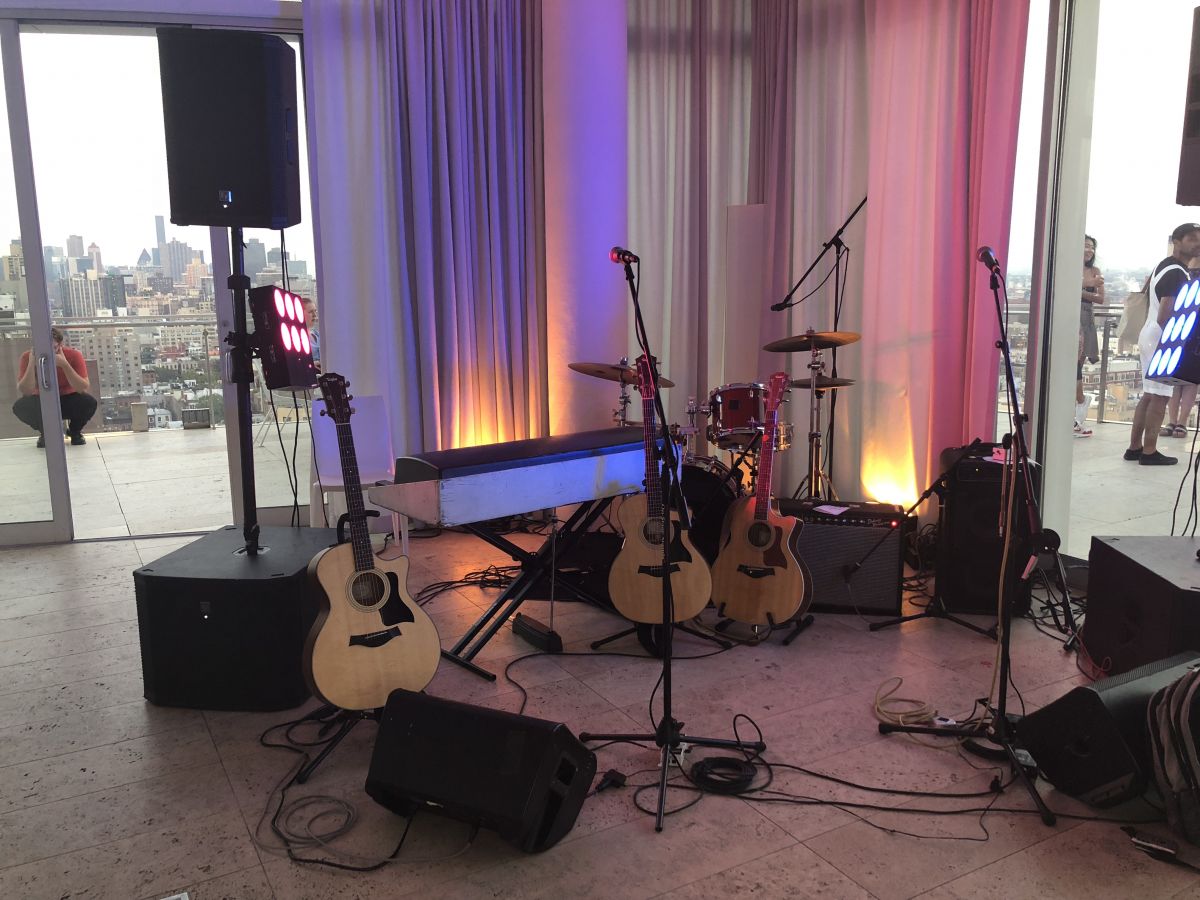 The Annie O Music Series invited Fionn and Henry Wolfe to the Standard on East Village as they wrap up the last Tuesday of August.

Only scheduling three performances a month, this series showcases emerging artists in the infamous rooftop Penthouse of The Standard at East Village. While enjoying a 360 view of lower Manhattan, New Yorkers also enjoy a night of music and entertainment.

This intimate concert was hosted in a room that eliminated the need for a stage, this let the performers be as close to the audience as possible. It allowed the audience to gather around and enjoy the performance with a more private feel.

Fionn’s set at the Penthouse at The Standard.

Hailing all the way from British Columbia, twins Alanna and Brianne Finn-Morris of Fionn kicked off the night. They began with their song “Sad Boys.”

Fionn is known for their folk-pop sound with lyrics that serve as social commentary, also reflecting on their own experiences.

Being their first time in the Big Apple, the twins described their experience as a movie.

The 30-minute set was followed by Los Angeles based artist Henry Wolfe. He made his mark as a musician as the lead vocals of Bravo Silva, a New York-based indie-pop band. Wolfe and his band produced an EP titled July and a full-length album titled Bravo Silva but soon evolved himself as a solo act.

Wolfe gained a strong following, as well as a strong fan base. He dubbed as an artist to watch out for in the Los Angeles Times.

This performance marked Wolfe’s first show in New York since 2016. He put on a 45-minute show for an intimate crowd as the sun set on the lower Manhattan skyline.

Henry Wolfe’s set at the Penthouse at The Standard.

The Annie O Music series hosts concerts such as this three times a month, allowing guests to have a private experience, as well as sharing the beauty of Downtown, New York. For more information, check out the Standard Hotel’s website!