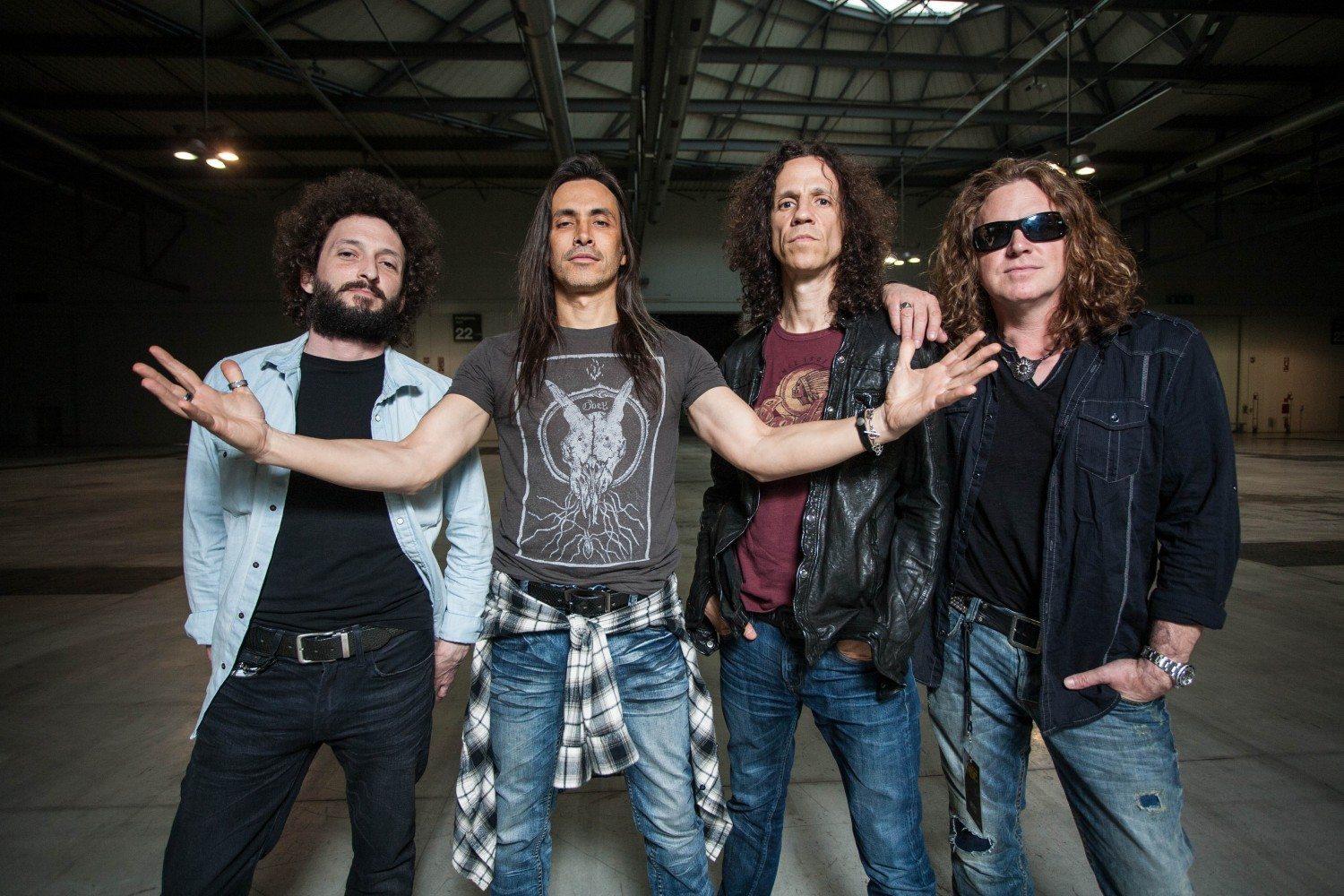 Having sold over 10 million albums, Extreme was one of the world’s most popular hard rock bands in the early 1990s. While many people first discovered Extreme through hit ballads like “More Than Words” and “Hole Hearted,” the Boston-based quartet had hard rock hits before and after that; “Kid Ego,” “Get The Funk Out” and “Rest In Peace” being three notable examples. Extreme went on hiatus in 1996, not regrouping again until 2004. The studio album Saudades De Rock followed in 2007 as did a live DVD in 2009, Take Us Alive. A follow-up to Saudades is currently in the works.

Lead singer Gary Cherone has stayed very busy since Extreme took its first break in 1996. He replaced Sammy Hagar in Van Halen, leading to 1998’s Van Halen III album. He has also released recordings as the frontman of Tribe Of Judah, Cherone, and Hurtsmile. Outside of the studio, for the sake of fun, he has been part of two Who tribute bands that have toured in our region. Meanwhile, Extreme guitarist Nuno Bettencourt has been playing guitar with Rihanna for the past seven years; more than 15 years earlier, he had notably collaborated with another top R&B singer when he played guitar on the Janet Jackson hit “Black Cat.”

In support of the forthcoming Pornograffiti Live 25 / Metal Meltdown DVD by Extreme — which also includes drummer Kevin “kFigg” Figueiredo and original bassist Pat Badger — Gary caught up with Downtown for some Q&A. The DVD, which hits stores on Sept. 23, was produced by the award-winning production company Rock Fuel Media in association with Loud & Proud Records. Extreme can be followed online at www.extreme-band.com, beyond keeping up Twitter and Facebook pages.

As someone that’s been around the world quite a few times, what is it that keeps you based in Boston all these years later?

Gary Cherone: First and foremost — family. Plus I was born and raised here, it’s got a certain rhythm, the four seasons, the “Baaston” accents, even the screwed-up roads are unique. I guess you have to live here to love it.

What do you remember about the first gig you ever played in New York City?

GC: I don’t remember if it was the first, but I do remember The Cat Club. Small, dirty, everything you’d expect. The crowd was great, the band had a good night and hung out with Ace Frehley after the show. It was a thrill!

Your new DVD includes a documentary called Rockshow, and the concert on there itself is a celebration of the Pornograffiti album. For you, is it fun to look back at the past?

GC: For us, it was something we’ve never done before — play the whole record top to bottom in chronological order. A bit challenging because some of the songs we never played or haven’t played for 20 years, but the band ended up having a blast. We also encored with quite a few songs from the catalog, so it ended up being one of our favorite shows we put together.

Do you look back at a particular era of your career as the most fun?

GC: I try to look forward and not back, but when I do, I always remember “the firsts.” First club, first record deal and record, first tour, first video, first girl…oh sorry, getting carried away! I guess the milestones in the band’s career as well as the highlights — touring with Aerosmith, Budokan, the Freddie Mercury Tribute. OK, enough.

Is a follow-up to Saudedes De Rock still in the works? I’d imagine that a lot of songs have been written for it.

GC: Yes, there are a lot of songs written and the band continues to record. We know we are overdue for new material, but we want to make it the best thing to date, and we will not disappoint.

Has Nuno’s playing with Rihanna for the past seven years or so at all influenced the kind of music he’s written for Extreme?

GC: We all bring in different influences when we get together. That’s what keeps it interesting, but it all ends up somehow sounding like Extreme, whatever that is!

Are there plans for another Hurtsmile album?

You’ve been the singer in two different tribute bands to The Who over the years, SlipKid and Amazing Journey. Is that your favorite band?

GC: Very difficult question to answer. I have a few “favorite bands” and they’re one of them and, certainly one of the most influential.

I’m sure you’re tired of talking about the Van Halen era of your career, but I personally thought you filled the role very well and did the best with what you could. More than a decade and a half later, is there anything you wish more people knew about your Van Halen tenure?

GC: I’ve said this before — if I were to do it all over again, I would have liked to tour with the band before we recorded the record. Looking back, I always thought there were some good songs on the record, but could have been more cohesive. We became more of a band when we were on tour.

Not a lot is known about you besides your musical career, do you have artistic aspirations beyond music?

GC: I’m a pretty reclusive sod, so yes and no.

GC: I’ve always said Extreme may not have as many fans as some of the other bands, but we do have the most loyal and loving. They have suffered long through the years patiently waiting for the band to reunite, and when we did, they were there to remind us of their love! I and we will never stop thanking you, we truly do love and appreciate you!