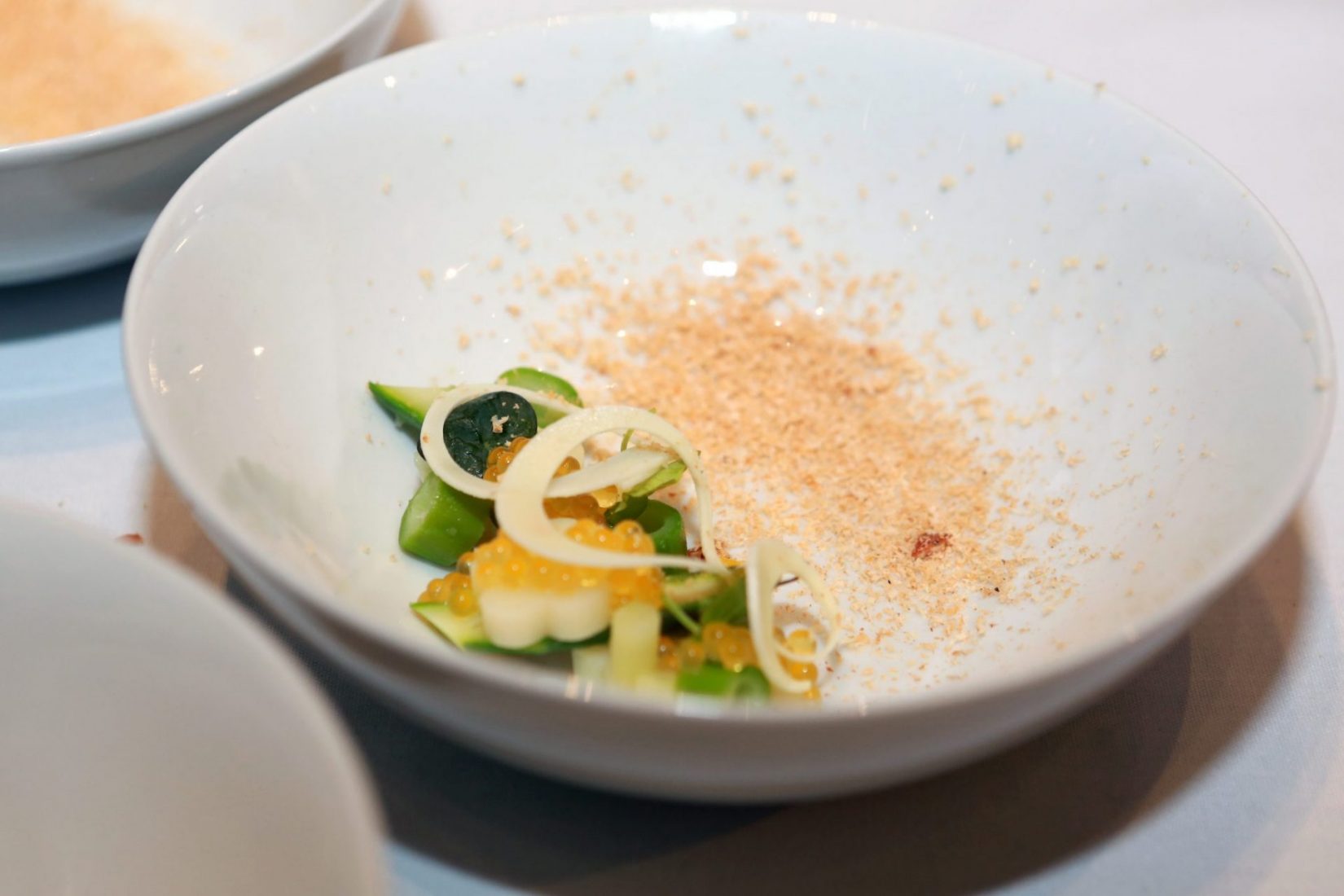 When it comes to children and good food, it’s a win-win. Edible Schoolyard makes connections between food, health, and environment come alive for their students. Edible Schoolyard partners with public schools to transform the hearts, minds, and eating habits of young New Yorkers through garden and kitchen classes integrated into the school day. Edible Schoolyard’s vision is that all children are educated and empowered to make healthy food choices for themselves, their communities, and their environment, actively achieving a just and sustainable food system for all.

This month Edible Schoolyard held it’s 6th annual spring benefit downtown at 180 Maiden Lane. It was nothing short of a whimsical evening. Notable guests from the world of food, fashion, art, finance attended, together they raised over $1 million for this non-for-profit.

David Chang who will soon open yet another fantastic restaurant right here in the Seaport acted as Culinary Chair. Curating an all-star lineup of 20+ chefs who each prepared a menu for individual tables of their guests. Chefs included Missy Robbins, Alex Stupak, Frank Castronovo & Frank Falcinelli,  Angie Mar, Greg Baxtrom, among others. Dishes were prepared in celebration of springtime, with an abundance of lamb, peas, ramps and more.

This year’s honorees included Questlove, Ruth Rogers of London’s iconic The River Cafe, and artist Jim Hodges, for their support of the organization and their commitments to creativity and food.

Questlove called ESYNYC’s mission ‘an important and urgent cause’ and championed the organization for fighting for students’ health and education. “Edible Schoolyard allows kids to fall in love with good food and to dream big, and we all know that every child in NYC deserves that,” he said.

Artist Jim Hodges, whose Bushwick studio is located near one of ESYNYC’s school gardens, said, “It’s an organization like Edible Schoolyard NYC that provides a model for the future and gives me hope for tomorrow. We need more schools in NYC like this.”

Chef Ruth Rogers said, “This organization is about investing in our teachers, knowing how important education is, fairness, honesty, empathy – these are values we need to cling to more now than ever.”

It was no surprise, however, that it was the middle school students from ESYNYC’s East Harlem and Bushwick schools who stole the show. In remarks to the room of 500+ 8th grader, Ana Grant explained, “We have something that not a lot of schools in NYC have, and it helps us relieve stress from school work but also teach us at the same time. Who knew? Seventh-grader Shomari Jackson an 8th grader commented, “Because of Edible Schoolyard NYC I can cook by myself at home. I feel responsible like I know exactly what to do in a kitchen. The Edible classroom is one of my favorite places in school. It is a place I can come to when I am having a bad day. It brings me lots of joy.”

Live auction lots, emceed by Jamie Niven offered the most exclusive culinary experiences money can buy, a “Date Night” package including dinners at the most sought-after restaurants in the world (Noma in Copenhagen, Maude in Los Angeles, Eleven Madison Park and The Grill in NYC, and more), “The Ultimate Dinner Party” cooked by David Chang and his chef friends in the comfort of your own home, which brought in the ultimate highest bid of the evening!