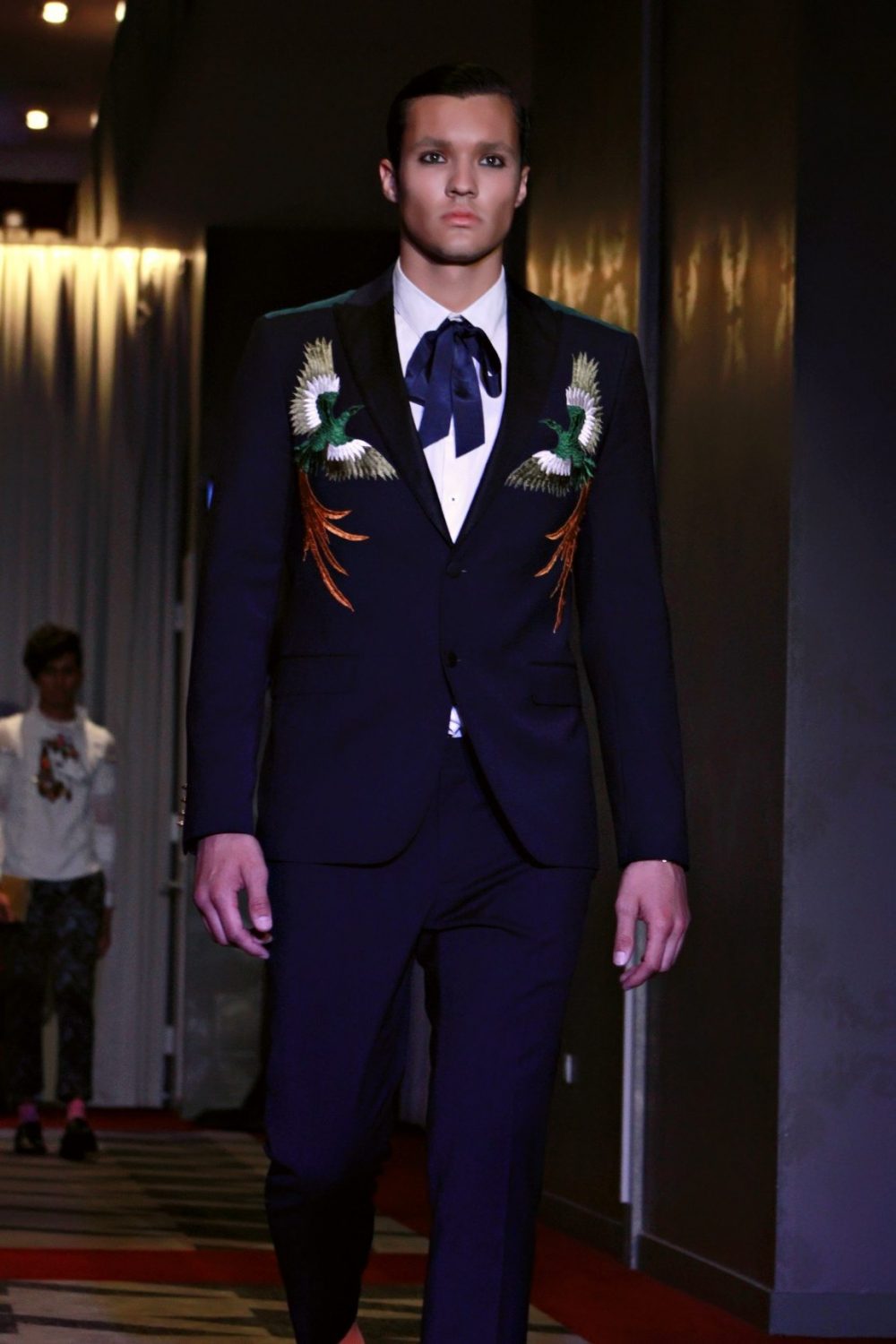 In his Spring / Summer 2017 “Believe In dE Impossible Collection,” Victor dE Souza ups the ante by merging traditional couture techniques with themes popular with the millennial generation. Gender and identity is deconstructed and fluid, as the Victor dE Souza client celebrates uniqueness and individuality. This collection focuses on how the new generation will modify classic couture, embracing folklore and floral themes in a sequin-covered Renaissance.

Since the label’s launch in 2009, Victor has been championed by many editors and celebrities alike. Such notables include Patty Wilson, Patricia Field, Michelle Harper, Katy Perry, Lupita Nyong’o, Rihanna, Lady Gaga and Cyndi Lauper for Mac Viva glam Campaign, as well as the appearance of Amanda Lepore, Japanese pop star Iris Chan, and son of Nikki Taylor, Hunter Taylor, in this year’s runway event. To expand upon his success, Victor recently announced a menswear and full beauty collection, which can be found online and in Osswald NYC, Switzerland, House of Larue NY, Provincetown and now the Surrey Hotel.

Said Victor dE Souza himself: “I am exploring the future of fashion through the eye’s of the millennials, in their strength to overcome the impossible and in having the courage to stand for what they believe in.”

To learn more about Victor dE Souza at www.victordesouzany.com.