Cymande to play Central Park on Jun. 11 and Brooklyn on Jun. 14 as part of its first U.S. tour in 40+ years; Q&A with Patrick Patterson & Steve Scipio 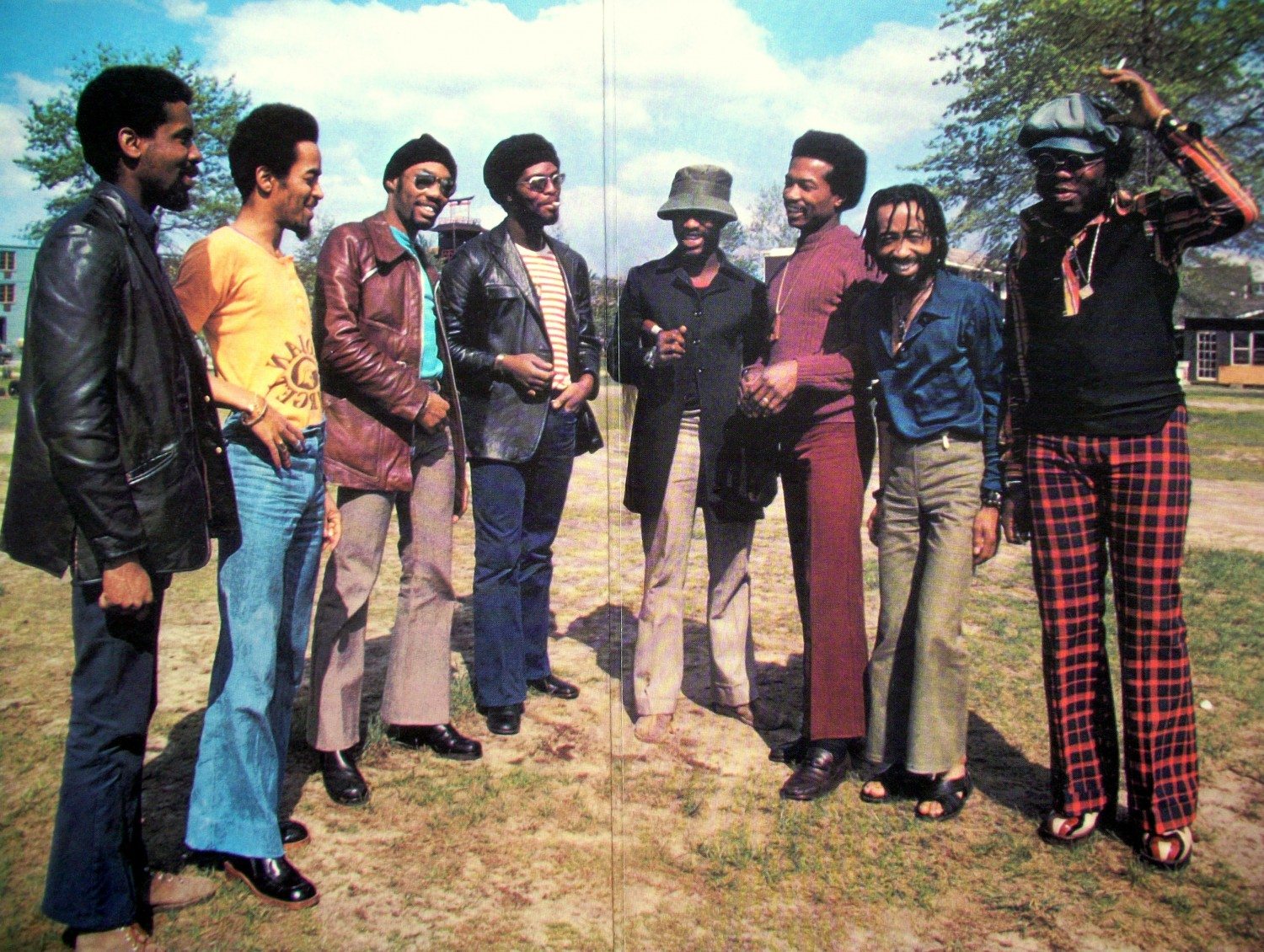 On the strength of its first single “The Message,” Cymande first toured the United States in the early 1970s alongside Al Green. That tour took the band through a show at Harlem’s Apollo Theater and an appearance on “Soul Train.” While Cymande recorded four albums — the last of which being 1981’s Arrival — that initial tour was the last time that Cymande toured the States. More 40 years later, Cymande has reunited and returns to our area for shows at Central Park (Jun. 11) and Brooklyn Bowl (Jun. 14).

While some members of Cymande — which includes principal members Patrick Patterson (guitar and vocals) and Steve Scipio (bass and vocals) alongside Sam Kelly (drums), Mike Rose (saxophone, flute, percussion), Pablo Gonsales (percussion and vocals) and Derrick Gibbs (alto saxophone) — first reunited for a performance in Brighton in 2006, 2014 is when the group’s official reunion properly kicked off. Shortly after in 2015, a fifth studio album was released, A Simple Act Of Faith. But strangely, the most attention that Cymande received was during its hiatus. Songs were sampled by The Fugees, De La Soul and MF Doom, in addition to Cymande tracks being placed in two Spike Lee movies (Crooklyn and 25th Hour), a John Leguizamo stage show (Sexaholix), and some video games (Grand Theft Auto: San Andreas, Tony Hawk’s Proving Ground).

Patrick and Steve did some Q&A with Downtown in advance of these New York City appearances. One great thing that came out of that was the promise of another Cymande studio release being in the planning stages. For more info on all things Cymande, click on over to www.cymandeofficial.com or follow the band on Twitter at @CymandeOfficial.

Your upcoming shows will be part of your first U.S. tour in over 40 years. In the years since your 1973 tour, did you ever come to the U.S. on holiday?

Patrick Patterson: Most of the members of the band have come to the U.S. many times since the 1970’s. It is one of our favorite places. We have a particular love for New York, Miami and Los Angeles.

What do you remember about playing in New York back in the 1970s?

Steve Scipio: I remember how exciting it was to be appearing in the U.S. on the first tour. We played at the Apollo with Jerry Butler and Tyrone Davis, and the Brooklyn Academy with Billy Preston and LaBelle. The reception we received from the New York crowd was really heartwarming.

Is there a venue that you’ve played anywhere else in the world that compares to the Apollo Theater in New York?

PP: Because of the cultural and historical significance of the Apollo, in terms of black music, there is nothing that I feel can be compared to it.

Cymande has recorded a new album, A Simple Act Of Faith. For someone who hasn’t heard it yet, how would you compare it to your self-titled album?

PP: A Simple Act Of Faith still retains the mix of the core elements of Cymande’s music, namely funk, jazz, Rasta rhythms and soul. But this album is probably more lyrical.

Did your band decide to reunite for shows and then make an album? Or did the idea for an album come up first?

SS: The project was planned to start with the production of a new album, using material that we had not recorded previously as well as newly written songs, which we hoped and expected would help to achieve the connection with the band’s work in the 70’s to the current material. We then planned to promote the album through short promotional tours, first in the U.K. and Europe, with the long-term intention of taking the music once again to the U.S.

How did the option to tour the United States come about? Was it that a booking agent had reached out? A promoter offered you multiple shows?

PP: The U.S. tour came about after the release of the album in the U.K., and word began to spread that the band was back on the road. From that point we started to receive offers to perform from agents, not only in the U.S. and Europe, but as far afield as Japan, New Zealand and India.

Are there plans for the band to record more? Or are you first waiting to see how this upcoming U.S. tour goes?

PP: We plan to do a further album, and in fact, we already have a lot of material put aside from which to choose.

Your band has been sampled by a number of major hip-hop artists. Is there a sample or usage you’re most proud of?

SS: The use of the band’s music in Spike Lee’s 25th Hour is probably my favorite usage. So far as the samples go, all of the uses that we have heard work well in our view.

Is there something you wish more people knew about Cymande?

SS: We would like people to know how proud we are of the fact that we are still able, after all of these years, to bear a torch on behalf of original British black music, which unfortunately hasn’t always received the recognition it deserves.

When do you like do you in free time, when not busy with music?

What was your favorite album of 2015?

PP: I don’t have a particular favorite album from 2015, however I think that Santana’s Corazon album, which was made in 2014 is a really strong album and like it very much.

SS: Try your best to follow your dreams and be responsible and compassionate.