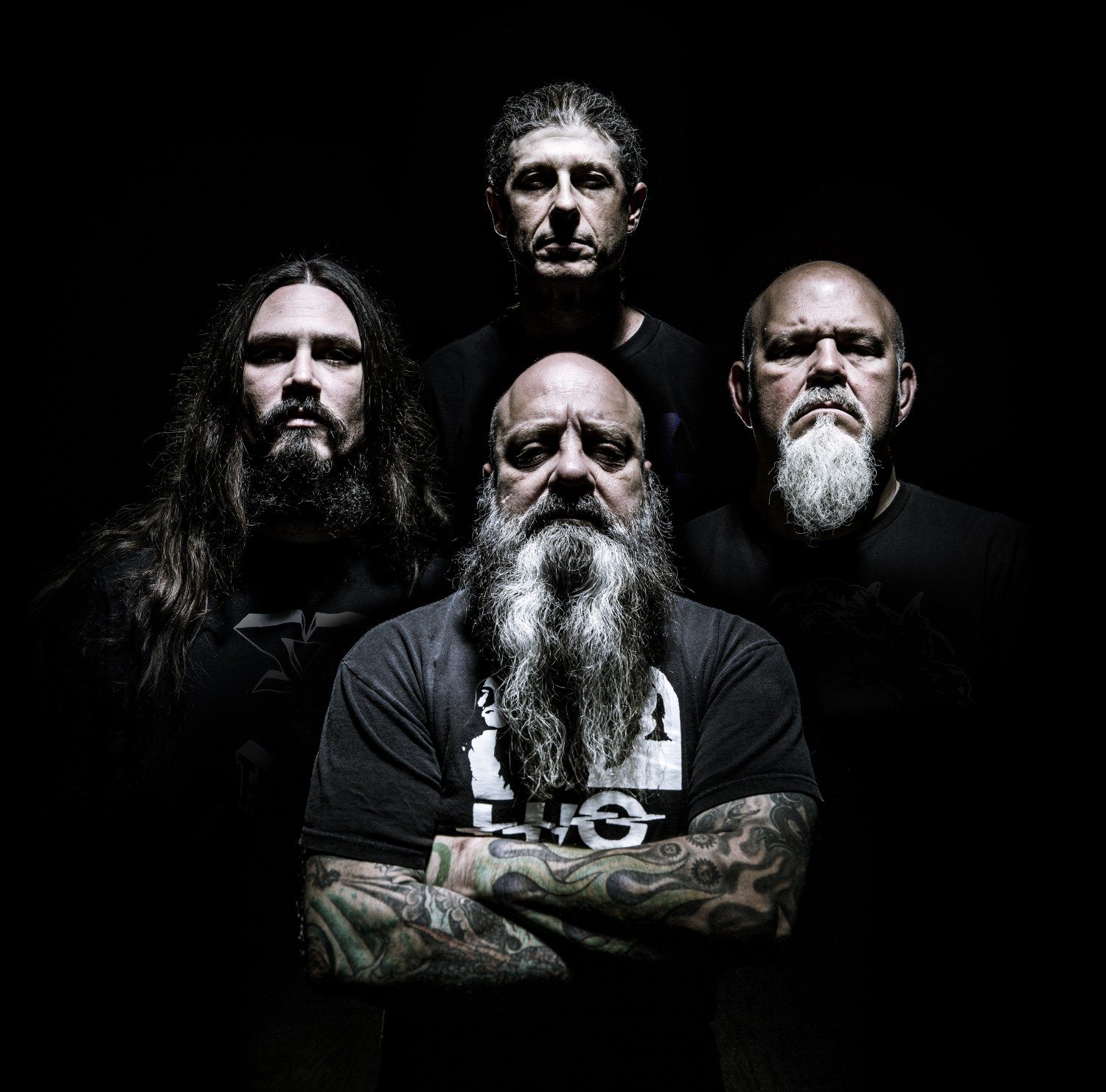 Having formed from the roots of the band Shell Shock, Crowbar debuted in 1991 with the album Obedience Thru Suffering. The New Orleans band’s 1993 self-titled album was produced by Pantera frontman Phil Anselmo and two of its videos achieved airplay via Beavis & Butthead. Crowbar has remained steadily active in the 23 years since its self-titled album, even though frontman Kirk Windstein had also participated in other bands of note, including Down, Valume Nob, and Kingdom Of Sorrow.

2016 brings the 11th full-length studio release from Crowbar, The Serpent Only Lies, which hits stores on Oct. 28. Prior to that, Crowbar — which also includes bassist Todd “Sexy T” Strange, guitarist Matthew Brunson and drummer Tommy Buckley — will play locally on Sept. 26 at Saint Vitus. Kirk spoke to Downtown about the past, present and future of Crowbar, as kindly arranged by Bill Meis at Entertainment One Music.

Crowbar can be visited online at www.crowbarnola.com. The quartet can also be followed on Twitter and Facebook.

Having been born in England, how did you wind up in Louisiana?

Kirk Windstein: My father was in the U.S. Air Force and I was born on the air force base in England. My parents were both from New Orleans so we came home.

At what point in your career was it apparent that Crowbar was going to be more than just a hobby?

KW: In the very beginning. I was very determined for it to be my livelihood. I had to put it on hold sometimes for Down but always came back to it. Now I’m totally focused on what I started.

Where was the first gig you ever played in New York?

What do you remember about it?

KW: Opening for Sacred Reich and it was such an accomplishment to be playing in NYC!

For your upcoming show at Saint Vitus, what should be expected?

KW: Well, first of all, expect nothing but a show that delivers 100%. I totally feel that we are finally complete as a band. I truly think that having Todd Strange — Sexy T — back was the missing link. He started this with me and I’m so happy that he came back!

That’s not your first gig in Brooklyn, right?

A lot of people describe Crowbar as “sludge metal.” Do you ever wish that you could play more mellow music?

KW: Not with Crowbar. But I will do something “mellow” as a side project pretty soon .

Crowbar is one of the rare bands to have more than one music video featured on Beavis & Butthead. Did that show impact your career at all?

KW: It was a very big impact. We were always big fans of the show and really thought it was cool that we could be a part of something that they made fun of. It brought a lot of attention to us. Fans always talk about seeing us on there.

Crowbar has been signed to eOne for six years now, in a day and age when most artists go from album to album. What is it that keeps you working with eOne?

KW: They are great people! They are not just a “record company” They are actual fans of the band that appreciate our work. They promote better than any label that we have been with by far!

Do you have a favorite song on your new album, The Serpent Only Lies?

KW: “Surviving The Abyss” is my favorite right now. It changes daily, though. I’m very proud of this album so it’s hard to pick a favorite song. They each have something special about them.

Have you ever encountered anyone from the Canadian band Crowbar? What about the professional wrestler Crowbar?

KW: No to both questions. It would be interesting to meet the Canadian band though, especially being such opposite styles of music.

Is there a professional accomplishment you’re most proud of?

KW: Still making music and making a living off of being a musician. It’s so difficult nowadays. I thank God everyday for this!

Do you have any projects coming up outside of Crowbar?

KW: Nothing set in stone as of now.

KW: I love to spend time with my family. A lot of my free time the band actually hangs out together too.

Finally, Kirk, any last words for the kids?

KW: Always reach out far to your dreams. Dreams come true if you work hard and really want something. I’m living proof of it!