Colin Stetson & Sarah Neufeld are bound for The Bowery Ballroom 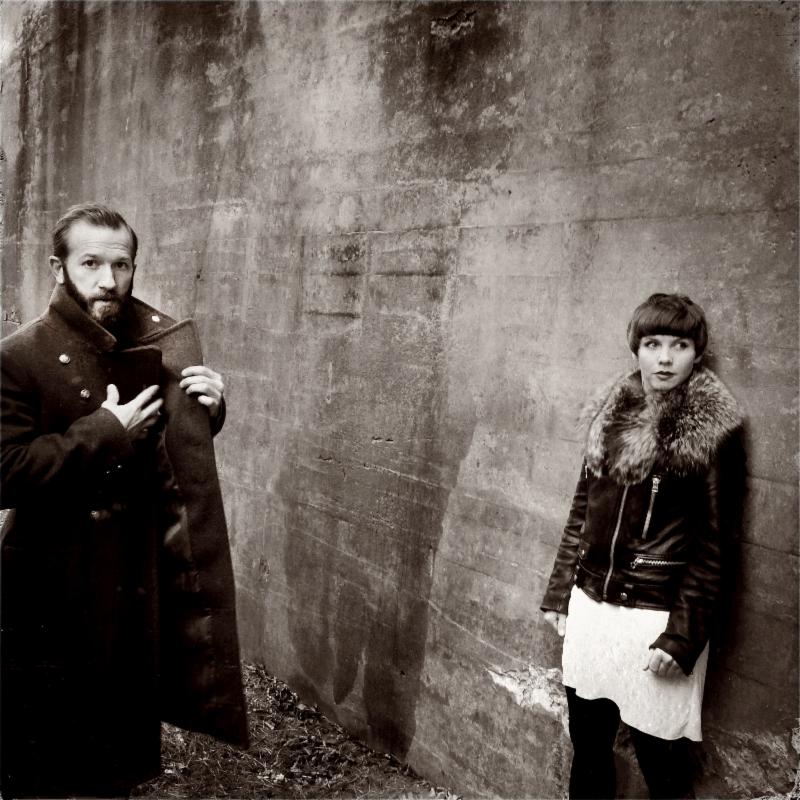 Whether you know saxophonist Colin Stetson and violinist Sarah Neufeld primarily for their work with The Arcade Fire, or as masterful musicians leading their own projects, the key is that both of them are blazing a unique trail. While the two began collaborating as a duo in 2012, their first recordings did not come out until April 2015, with the release of “Never were the way she was.” Recorded in rural Vermont with Hans Bernhard, their Constellation Records-released full-length is heavy on experimentation yet surprisingly free of overdubs, loops and samples.

In support of their June 16th show at The Bowery Ballroom, both Colin and Sarah took the time to answer some questions for me. With regards to one of the questions I asked, apologies are due to Colin for not realizing that more career options would be available to a world-class saxophonist.

Where did the idea for a collaboration between a saxophonist and a violinist come from?

Sarah Neufeld: We’ve been working together within different musical contexts for many years. We have a similar approach to composition and the way we use our instruments. The idea was to bring our musical sensibilities together, as composers and instrumentalists, because we thought the results could be interesting, exciting, and beautiful.

Colin Stetson: That pretty much sums it up.

Do you like it when your album is described as “experimental?” Are there terms you’d rather hear being used instead?

S: I’m not particularly concerned with genre definition. Labeling music as belonging to one genre or another doesn’t to enrich anyone’s experience of that music, though it might serve as something that opens a door for someone. In that respect, I think “experimental” is fair. There is a healthy dose of experimentation involved in our work.

C: Labels like experimental and avant garde depend on the listeners frame of reference and collected experience. I tend to not pay much attention to labeling in general.

What led you to record “Never were the way she was” in Vermont?

S: There are so many wonderful places to compose and to record music. Being in the country allows a great amount of focus and very little distraction. After a solid year of being on tour in cities, it was great to be on retreat for a couple months.

C: Yes, I think we both wanted this record to reflect this slowed change of pace and a more expansive state of mind.

Colin, you have performed with a lot of major artists, including Tom Waits, The Arcade Fire, TV On The Radio and David Byrne. Was your goal always to be a “hired gun” rather than playing with an orchestra?

C: I wasn’t aware that those were the two choices available to me as a musician!

Sarah, you also have been a touring member of The Arcade Fire. How did you come into their world?

S: I’ve been playing in Arcade Fire since 2003. A few years before that time, I had formed a band called Bell Orchestre with Richard Parry, who had also begun playing with them. Our worlds were joined by many factors, one being that the community of musicians in Montreal is very small and tight knit.

If someone were to describe both of you as being “members of The Arcade Fire,” rather than as being a touring duo of accomplished players, is that something that would bother you?

S: People will describe things as how they perceive them. I’ve spent so much of my adult life with Arcade Fire that that distinction feels pretty accurate. People that have known us better through our other projects would see us otherwise. How one is perceived by the world doesn’t necessarily affect how one moves through life.

What’s to be expected from your upcoming show at The Bowery Ballroom?

S: We’re excited and honored to be playing our first show as a duo at the Bowery Ballroom. We’re doing our record justice in the live show. It feels present, connected and exhilarating.