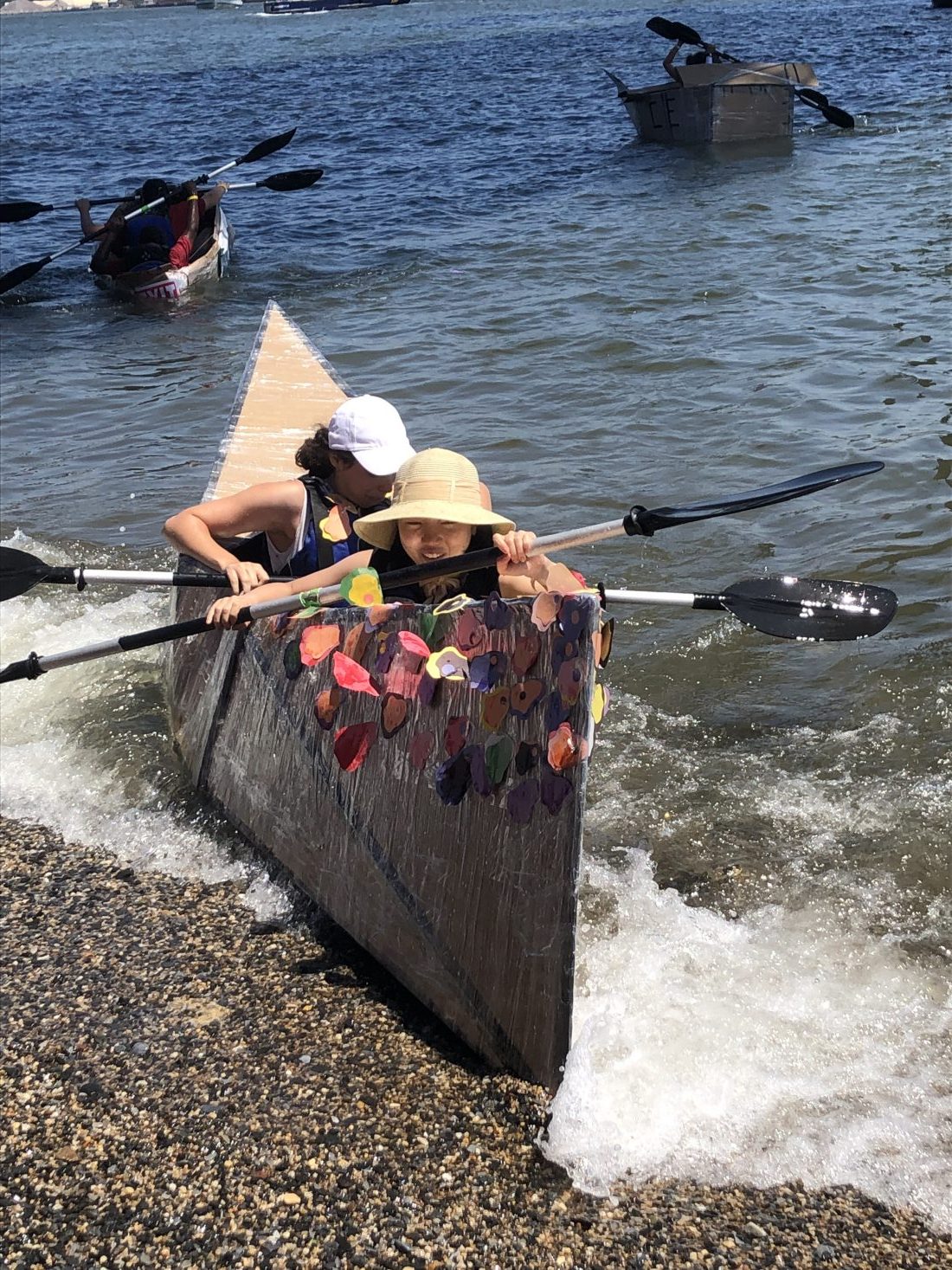 Header image by Grace A. Capobianco

This morning, at 10 am, city officials cut a bright blue ribbon, initiating New York City’s 12th annual City of Water Day. The event, organized by the Waterfront Alliance, incorporates more than 50 activities along the city’s waterfront, with the aim of getting people to, on, and in the water. The Howard Hughes Corporation returns as this year’s presenting sponsor.

The kickoff reception took place aboard the Wavertree, a 19th-century cargo ship restored and run by the South Street Seaport Museum. Speakers included Manhattan Borough President Gale Brewer and Council Member Ben Kallos, who each emphasized the importance of “resiliency” against climate change for a city with an extensive shoreline. Resiliency is a primary emphasis of the Waterfront Alliance, and of the politicians who support it.

“I believe climate change is real,” said Kallos, “and in June we passed a climate emergency resolution. We are the largest city in the world to do so. We’re gonna continue fighting every day to fight climate change so that the organization doesn’t have more waterfront in our city.”

“I just also want to say,” said Brewer, “the issue of resiliency is so friggin’ controversial. I know you’re talking about it as the issue, but those of us in the ULURP world have to figure out how high the park will be, how long we’re gonna spend on ULURP and what are we gonna do about keeping all of lower Manhattan safe…it is a long shot in terms of all these discussions, but it’s great because we’re always thinking about what Water Day means and what it means for resiliency. There is a connection between the two. So I wanna thank you also for that.