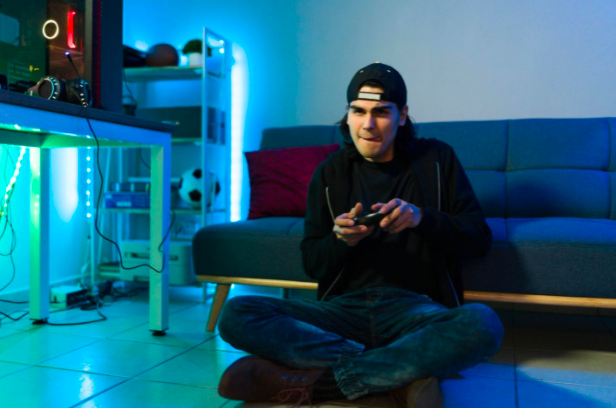 Video game escapism is a common subject, although often, it comes with negative connotations.

The concept of escapism is literally to “escape” the banalities of everyday life, and for big-city dwellers, it also extends to the stress and problems of that reality.

Video gaming is a popular form of recreation around the world. It’s also the earliest form of internet gaming before online casinos and esports. While you would recourse to an online casino guide to learn about standard casino gameplay, video games are so versatile that there is no specific ruleset to follow.

Their popularity stems from the fact that they offer new, artistic, and interactive experiences. Considered in this light, it’s no more a form of escapism than any other lifestyle habit. However, they’re one of the most potent forms.

Unlike popular opinion, video games can, in fact, provide a form of escapism without necessarily destroying your life in the process.

A different reality is not always a bad thing

Many believe that the desire to escape reality has links to anxiety, eating disorders, alcoholism, addiction, and even suicide. This is understandable given some statistics which revealed that people spent 300 million minutes per day playing Angry Birds, or 170 hours per year in Call of Duty. However, other studies have shown that gaming also leads to happiness or higher grades in youngsters.

It’s easy to realize that the effects of video game escapism are subjective, and for the most part, depend on the reason for playing games in the first place. Are you running away from unpleasant perceptions and emotions, or are you seeking more positive experiences, stronger relationships, and new skills?

Gaming isn’t just about having fun or draining time, as is the case with playing your favorite sports, for instance. The art of gaming is a strong form of expression and a powerful storytelling mechanism. It engages not merely on a physical level but also mentally. It’s intellectually stimulating, especially when involving plots or circumstances that are challenging. The level of immersion is unmatched.

So, what does it entail?

Big cities certainly have their appeal, but it’s impossible to deny that we live in a world where distressing headlines are the order of the day. After a rough day, a game of Super Mario, Pokémon, or Grand Theft Auto will let you experience things you can’t do in the real world. Each of these is set in a different virtual world, so you get to live a thousand lives.

Because video games are so vivid, they could also invoke memories of the happier parts of your youth when you enjoyed carefree days of gaming, probably alongside siblings and friends. And the nostalgia from reliving those memories provides immense solace.

Single-player games are one thing, but the multiplayer realm is a whole different ball game. Whether corporative puzzle games or intense MMORPGs, the social aspect of gaming adds a different dimension to the experiences. These social games also eliminate the adverse side effects believed to be associated with solitary gaming.

In a nutshell, playing games doesn’t always mean you’re running away from reality. You’re simply taking some well-deserved respite from a harsh one.