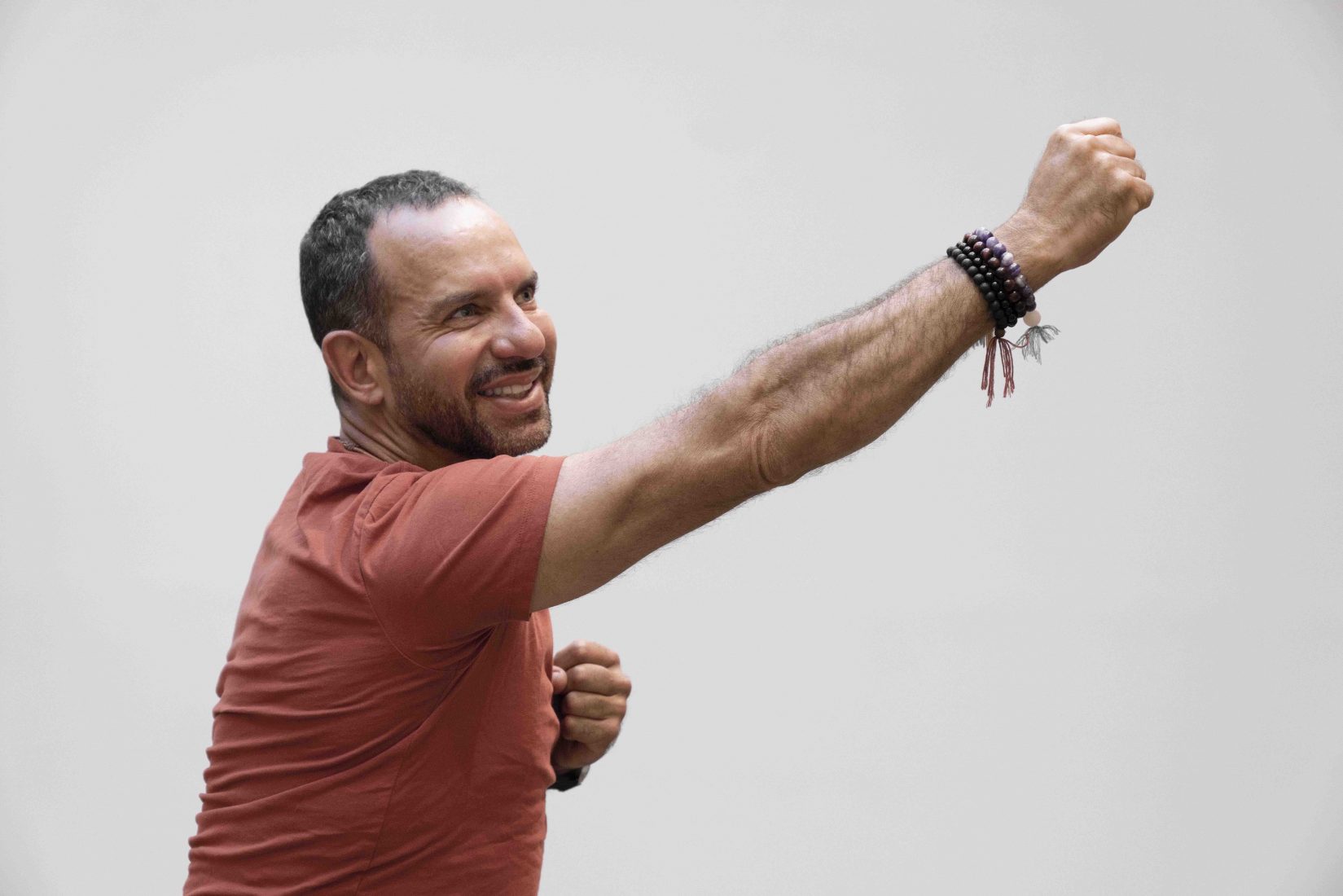 For years, Leandro Carvalho won the Best Fitness Class in NYC award from New York Magazine. He was a personal trainer to the stars, and Victoria’s Secret angels, teaching his signature “Brazilian Butt Lift” and “Brazilian Groove” classes.

Today, he teaches a different kind of class. Rather than stars, his new trainees are members of the NYC recovery community. Carvalho is working for the Mountainside Treatment Facility, a rehabilitation center in Canaan, CT. A program graduate himself, he lives in an apartment in the program’s extended care facility. While there, he teaches fitness, yoga, meditation, chi gong, arts, painting, music, high, ropes, hiking, and spirituality. Every Monday, he teaches classes at Mountainside’s new NYC facility–Mountainside Chelsea–teaching fitness, wellness, and the arts which are open to anyone in the recovery community.

Carvalho’s classes and the students may be different. However, one thing has not changed: Carvalho still runs a fantastic fitness class. He brims with energy, leading by enthusiastic example as he directs a drum circle full of alumni. After 25 years, he still approaches every activity like it is his favorite new game that he has just discovered. It is an infectious attitude–one he and his students alike need to strive for. “Sobriety has to be fun,” he says.

Carvalho first came to the US from Brazil 25 years ago to dance with Merce Cunningham. He stayed to get a Masters Degree from NYU in art therapy. As he learned, he taught as many fitness classes as he could. Carvalho rose to prominence as an instructor riding a wave of Latin culture, creating signature Brazilian-inspired fitness classes. He sold specials and DVDs and was even flew out to Sting‘s summer home to teach Sting’s family.

Then, a few years ago, a medical mistake nearly cost Carvalho everything. Lying in a hospital bed after the procedure, doctors told him that he would likely end up paraplegic or dead. His teaching career–and fitness career–was over. Carvalho had suffered losses and setbacks before–the loss his brother and his friends to AIDS in the ’80s, his own HIV positive diagnosis–but he had never turned to drugs. Back then, he threw himself into fitness, dance, and the arts. In one moment, that had been taken away from him, and he struggled to cope. “(Until that point) I didn’t realize how important wellness was in my life…It was everything I knew.”

Carvalho turned to drugs–meth–as an easy way to cope. It tore his life apart. His success, ironically, made it difficult for him to seek help. “I didn’t know how to ask for help. I was the guru, the trainer. I was embarrassed.” He reached out to Mountainside, whose staff he had trained several years earlier. They saved his life.

Carvalho has recovered physically, and he bounces as he leads a workout class or a drum circle. His sparkling energy is fueled by the knowledge that sobriety requires enthusiasm, and enthusiasm requires wellness. Relapse, he says, doesn’t start when you decide to drink. The relapse begins earlier, in your feelings. “My passion for wellness is because when I didn’t take care of myself–my body, mind, and spirit–I went down very quickly.” His goal, he says, is to pass the message that sobriety requires work on all three forms of wellness.

Take Control of Your Health With Personalized Nutrition

Exercise Your Mind, Body, and Soul

How a Healthy Diet and Regular Sleep Complement Your Strength Training