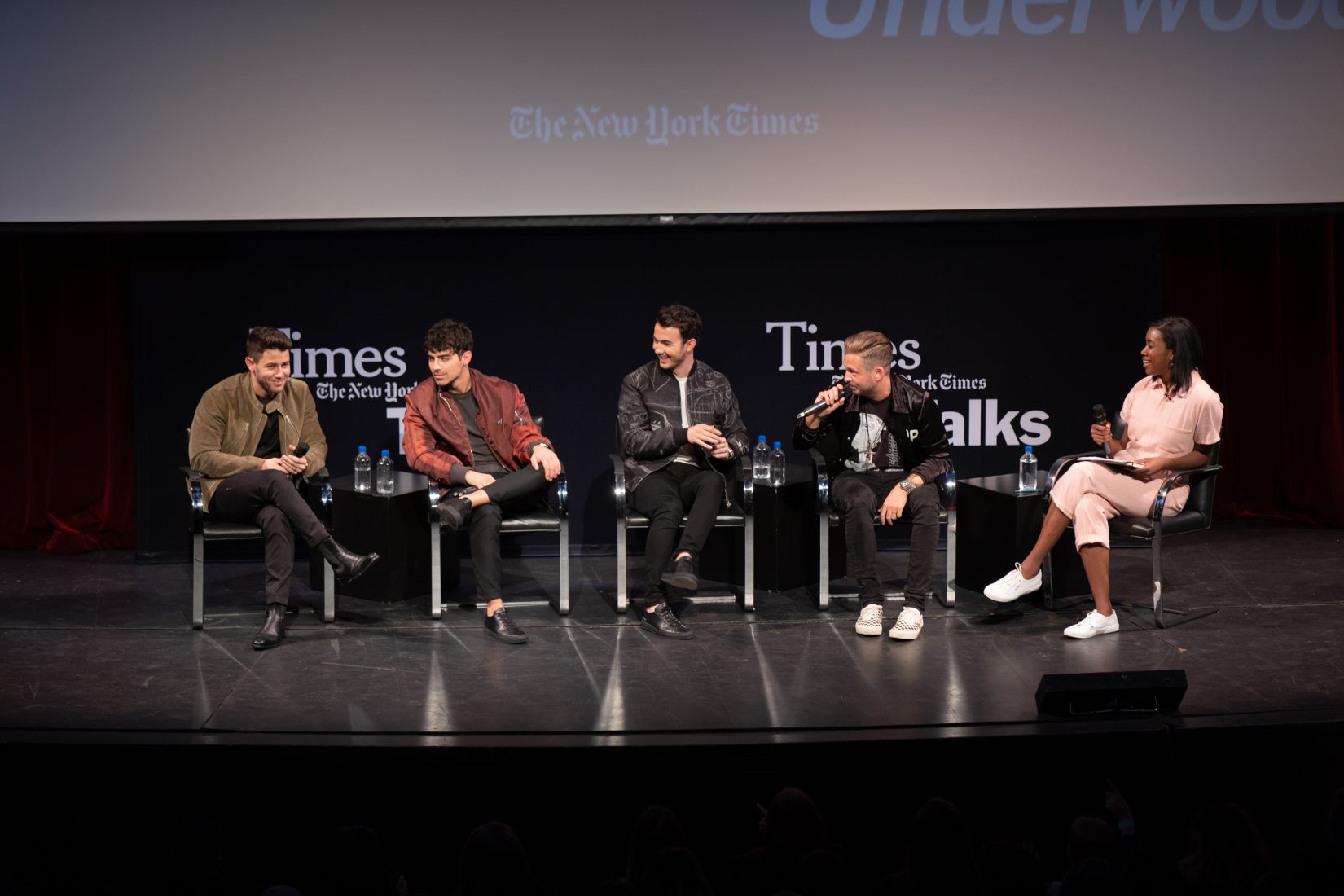 October 9th, 2013 brought heartbreak for millions of teenage girls when it was officially announced that the wildly popular, Grammy-nominated Jonas Brothers were breaking up. The three brothers went their separate ways, citing “a deep rift within the band” and “a big disagreement over their music direction” as the reasons for the split.

Following the band’s split, Kevin, Nick and Joe continued to exist in the public eye, Kevin for the reality television show about his life with wife Danielle Jonas, Nick for his successful solo music career, and Joe for his funk-pop band DNCE.

However, on February 28, 2019, six years after the break-up, the Jonas Brothers announced their reunion as a band. They debuted their first single since the band’s absence, ‘Sucker,’ the next day. Their new fourteen-track album, Happiness Begins, and the Amazon Original documentary following their journey as brothers, Chasing Happiness, were released on June 7, 2019.

Despite the overwhelmingly positive reaction to the reunion of the beloved group, fans still had a lot of questions about why the band decided to get back together, why they broke up in the first place, and what this new era will bring for the band.

Kevin, Nick and Joe, joined by OneRepublic frontman and Happiness Begins’ executive producer Ryan Tedder, tried to answer some of these questions to a live audience of press and fans at a TimesTalk in Tribeca on June 13, 2019. The event was a part of The New York Times’ live conversation and performance series.

Tedder and the three Jonas’ covered topics like their collaboration, the new album and its influences, and most importantly, the growth of the Jonas Brothers as a band and as a family during their break.

The new era for them began with the intention to just do a documentary, they explained, to share more about their lives and growth with fans and the world, and it evolved organically into the official reunion of the band.

A recurring theme during the hour-long session was healing. The brothers discussed the personal rifts and the factors that caused them, which developed between them before Nick’s decision to pursue a solo career- the ultimate catalyst in the band’s break-up. It was a difficult decision, but one they all felt necessary, as Nick said. He carefully articulated the importance of the break and how it allowed each of the band members to discover who they were as individuals, rather than basing their identity solely on the band.

“I never felt like I gave up on our friendship, our brotherhood or any of those moments, but I needed to take a step away from it. And it took a lot of time, it took a lot of healing for me personally. And I will say it was hard. There were times where it was tough to watch them succeed. But I started to realize that I was succeeding so much and growing so much as a person,” Kevin said of the growth the hiatus forced them to undergo.

Part of that growth meant distancing themselves from Disney. Nick assured that they were thankful for the platform that Disney had given them but said that “The flip side of that too was that it was limiting, at a certain point. When we wanted to grow and evolve as artists, it started to insulate because we felt like people that we wanted to work with, like the Ryan Tedders of the world, maybe they wouldn’t want to work with us because they didn’t take us seriously.”

Tedder laughed at the comment and went on to say the Jonas Brothers are one of his favorite bands to work and write with for several reasons, one being their priorities. All three brothers are now married, and Tedder, who also has a family of his own, described his respect for their dedication to getting home for dinner with their families and keeping themselves grounded. The reason that their return to the group and making music together works, they said, is that the band is no longer the most important thing in their lives and no longer ranks above their relationship as a family.

Tedder collaborated with the band to write several songs on the new album, including ‘Sucker’. “What they brought to ‘Sucker,’ what they added to it, is something that I never could’ve done, and no act on earth would’ve done it better than them. And it changed the temperature on the record. You have to acknowledge the right artist and the right song,” he said.

As far as questions about the new album, they described their new music as a balance between all of the brothers’ styles and cited Stevie Wonder, The 1975, Post Malone, and Prince as some of the influences on their new sound.

The Jonas Brothers are a rare example in the media of growth and an authentic familial bond, on top of being one of the millennial generation’s most beloved bands, and I, for one, am excited to continue to watch them grow. Be sure to check out Chasing Happiness on Amazon Prime, and blast Happiness Begins all summer long!