Two Thumbs up for the Second Annual Taste of Gramercy 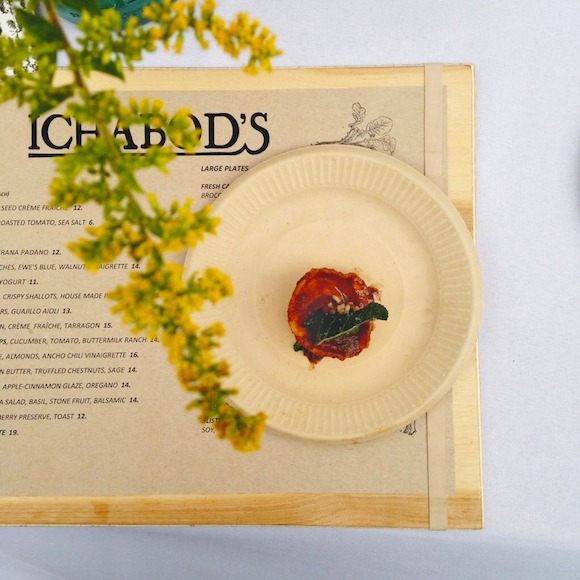 Truffle Mac and Cheese by The Stand

On Saturday September 13th, the Gramercy Neighborhood Association held its Second Annual Taste of Gramercy Neighborhood event on Irving Place. The event aimed to spread awareness about local businesses and introduce residents of New York City to all the wonderful food options Gramercy has to offer. In addition, the net proceeds were donated to benefit local schools, PS 40 and School of the Future, and the leftover food from the event was donated to the homeless in NYC via the Bowery Mission.

DOWNTOWN representatives headed out to Irving Place to see what Taste of Gramercy was all about and we were delighted with the fabulous array of foods presented. Who would have ever thought that a cheeseburger turned into soup would taste so delicious? Big Daddy’s showed us just how great it could be. Granted anything with a tater tot on top is sure to win some bonus points. The Stand made mac and cheese fancier with truffles so now you can treat yourself to your favorite indulgence with a touch of class. For those of you who are addicted to dumplings like we are, we have found the ultimate flavor. The squash dumpling made with Brown Butter, Truffled Chestnuts and Sage by Ichabod’s was one of our greatest discoveries of the day.

It was a cloudy, gray day in New York City, but that didn’t stop everybody from having a great time. Luckily for all the vendors involved the rain held off until after the event.

Check out some of our favorite dishes below and head out and support these great local businesses!

Sweet and savory by The Stand

Savory Sauces by Paul and Jimmy’s