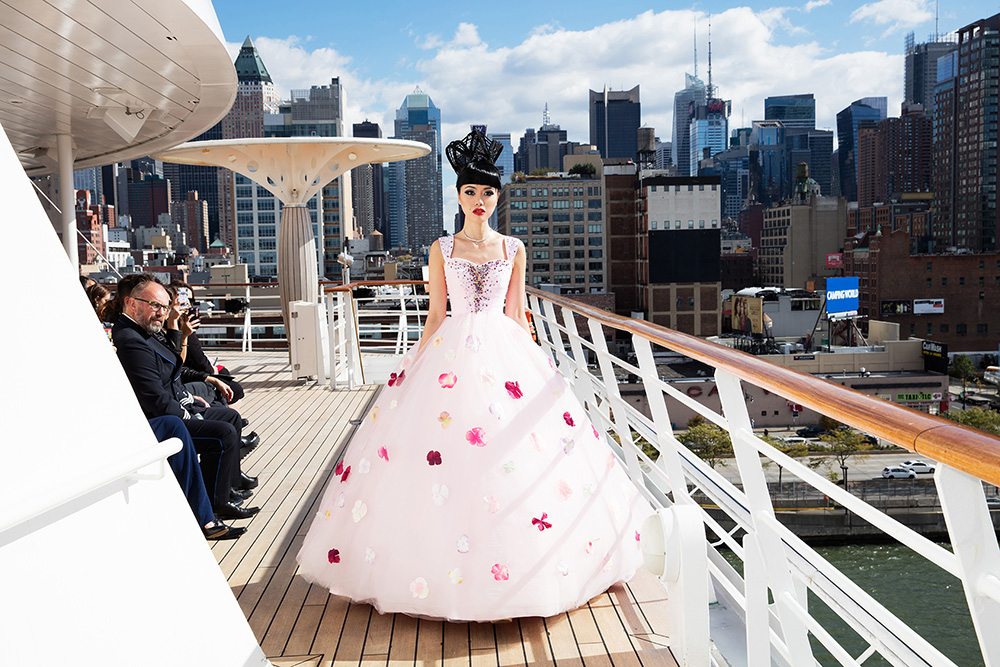 David Cotteblanche is not only the owner of Red Market Salon, but also a top New York City hairstylist. His work has been featured in the fashion shows of top designers like Yohji Yamamoto, Christian Dior, Diane Von Furstenberg, Ralph Lauren and Nicole Miller. He has styled photo shoots for styled photo shoots for Elle, Town & Country, Gotham Magazine and Playboy. Beyond traditional high-end fashion, he has also helped style plenty of well-known musicians, including Duran Duran and Hot Chip.

Following David’s styling of Jessica Minh Anh for a recent New York fashion show, David caught up with Downtown for some Q&A. More info on David and Red Market can be found online at www.redmarketnyc.com.

How did you hear about Jessica and her fashion show coming to New York City? Did you know her prior to her coming to the New York area?

David Cotteblanche: I heard about Jessica from my friend Mikael Vojinovic. He is a top photographer in France. I started to work with him doing photoshoot in New York City 20 years ago. He connected me with Jessica when he was shooting her in Venice. I never worked with her before. Mikael advised me to go with her project.

What was the focus on the hair/fashion for this particular show? And was this decided prior to the show and were you included on the creative process?

DC: My only focus was Jessica. She is very talented, but also very egocentric. She creates a concept fashion show around the world based on promoting haute couture designers and she is the queen of the show. Jessica always wants a big headpiece. I decided to create one for her marketing photoshoot…The second one for the fashion show was the three different bridges in New York: Brooklyn Bridge, Manhattan Bridge, and the Williamsburg Bridge. My friend Sascha Kovabysascha helped me to create the headpiece. The rest of the models I created a low bun, with a dimension of two knots.

When you create hair styles for a particular fashion show does it have anything to do with the actual clothing themselves or more of the fashion designer vision?

DC: When I create a hairstyle for a particular fashion show, it’s decided prior with the designer, who explains the vision of the show to me. Then we decide together.

Where do you get your inspiration from, for the many hairstyles?

Do you enjoy working behind the scenes in fashion shows?

DC: I love to work behind the scenes in fashion. I brought in a team of professional and talented stylists, which happen to include great friends of mine. The team consists of Jerome Lordet, Xavier Grange, Crystal Tushinsky, Nathaniel Torres, Karina Herrera, Nicole Eventoff, and Tina Martinez.

What trends do you see coming for the winter 2016 and spring 2017 seasons?

DC: Shorter bob, long HAIR with long bangs and long layers. For the color, blonde ashy, not too much contrast. Ombré is over. Brunette, chocolate with soft chestnut highlights in at the end.