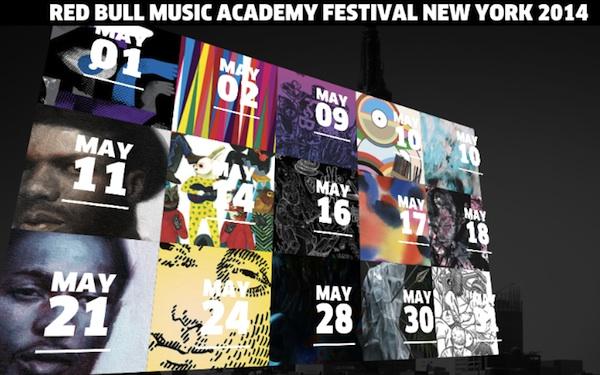 The Red Bull Music Academy Festival New York will launch on May 1 with 15 public events spanning the entire month.

This will be second time Red Bull is bringing the music festival to New York since 2001. The academy takes applicants from all round the world, from established musicians to up-and-coming hopefuls. No expertise is required to apply, only a strong passion and talent for music. Participation is not limited to musicians. The festival also welcomes participation from  producers, vocalists, beat-makers, engineer, songwriter or DJ.

Most events this year take place in Brooklyn, but the Larry Levan Street Party on May 11 will be Downtown on King Street between Varick and Hudson. Honoring the late trailblazing DJ Larry Levan, the event will take place in the street with sets by David Depino, Francois Kevorkian, Joey Llanos and special guests.

The festival is made possible by the fifteen year-old Red Bull Music Academy, which continues to broaden its offerings and locations around the world. This year marks the beginning of the festival in New York, and it is expected to become an annual event.