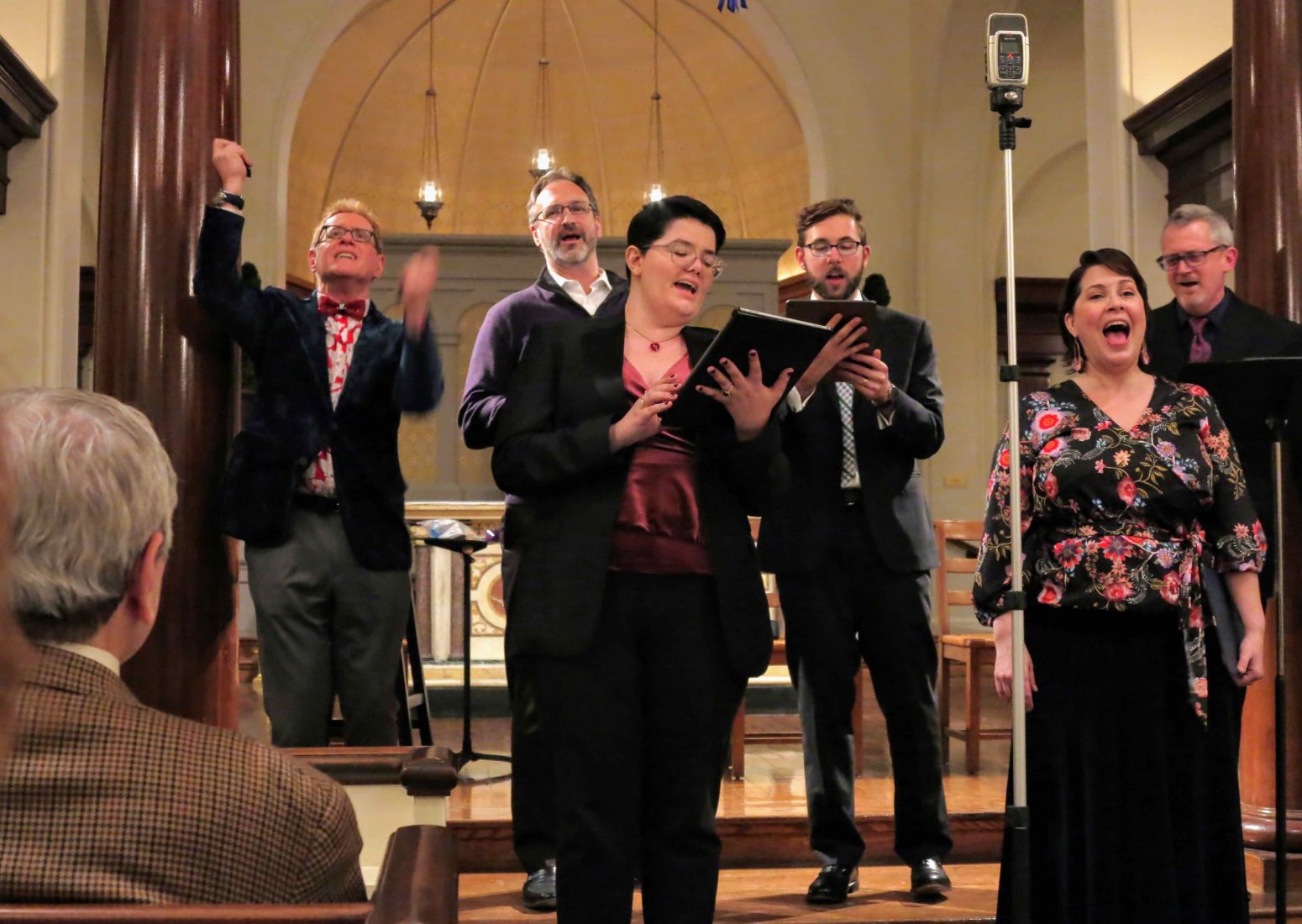 This March, the Grammy-nominated Western Wind Vocal Sextet will present “Of Dreams, Desires & Dragons: Music by Women from Hildegarde to Joni Mitchell” on Saturday, March 28 at 8:00 PM. The concert celebrates Women’s History Month with a rich assortment of music by classical and modern women composers.

Western Wind begins its 51st year in 2020. Since 1969, this Grammy nominated vocal sextet has devoted itself to the special beauty and variety of a cappella music. The New York Times has called them “A kaleidoscopic tapestry of vocal hues.” The ensemble’s repertoire reveals its diverse background, from Renaissance motets to Fifties rock’n’roll, medieval carols to Duke Ellington, complex works by avant-garde composers to the simplest folk melodies. Visit them at http://www.westernwind.org.

Church of St. Luke in the Field, 487 Hudson Street (between Christopher and Barrow Streets at the intersection of Grove Street, West Village)