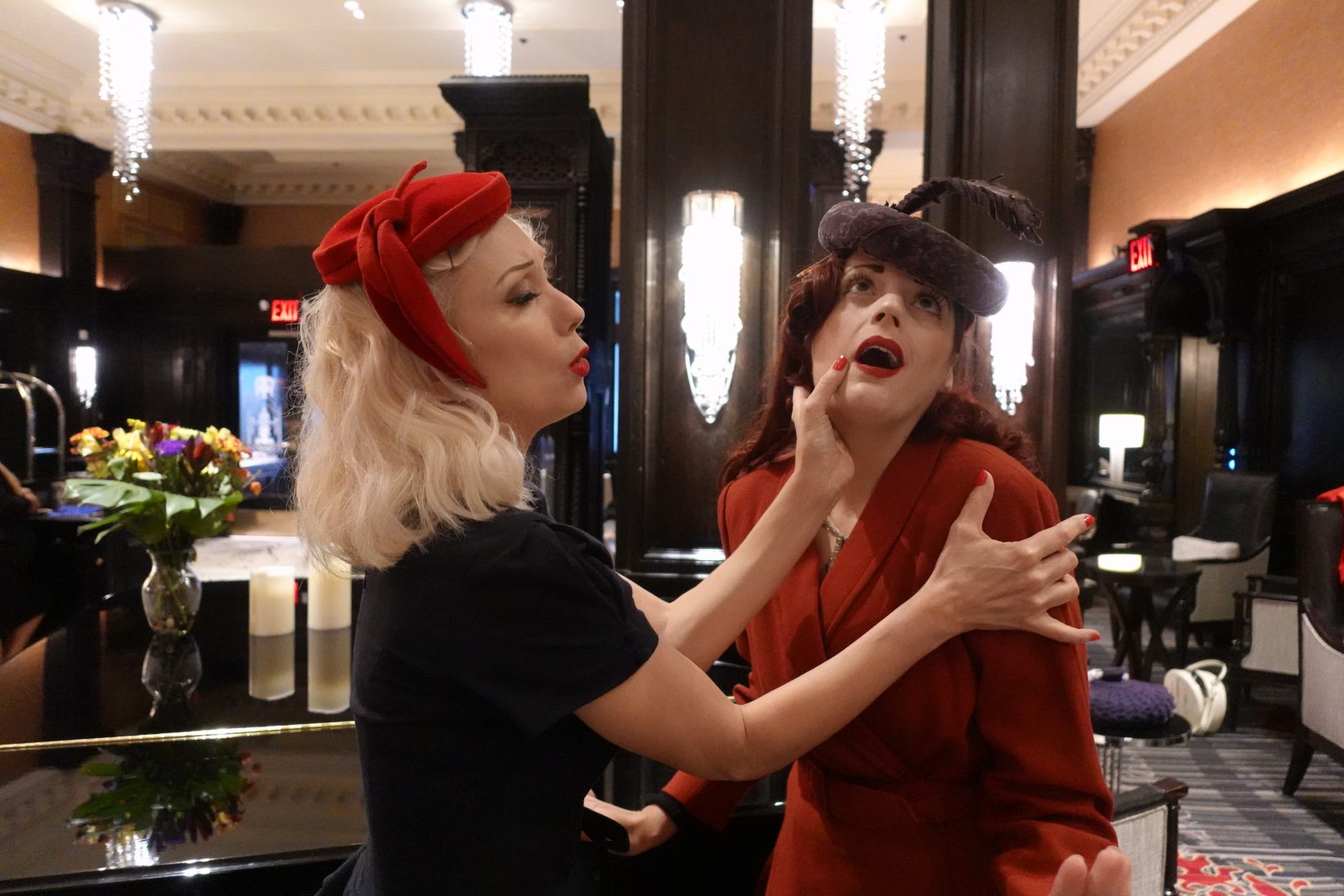 New York is one of the most visited cities in the world (the 7th one, according to Global Destination Cities Index 2019). There are many city tours here, but almost all tour guides will take people to the most famous sights and talk about the things you have already read online. The Old NYC Glamour tour is different from all of these tours – it is a deeper historical experience of the city, especially for those who are interested in New York’s vintage scene.

To get to know a place well, there is nothing better than being guided by natives and Tour Hosts Jenny and Pandora were born and bred in New York City. But that’s not the only reason why they can show you all the hidden spots in the city. They are actresses and performers inspired by the Old Hollywood and Broadway world.

“We’ve performed together on the same stages, and we’ve always talked about places in New York: where that murder happened, or this glamour star lived… People don’t know about this,” Jenny explains.

What you will see on the Old NYC Glamour tour

The experience starts at the Algonquin Hotel, where members of the Round Table, a group of writers, critics, actors, used to meet for several years, starting in 1919. This group was known as “The Vicious Circle.” Another curious fact about the hotel is that the New Yorker magazine was founded there, on the second floor.

Jenny and Pandora take the guests to locations associated with Hollywood and Broadway stars and the New York high society, telling hidden secrets and stories that most people don’t know about Katherine Hepburn, Marilyn Monroe, Frank Sinatra, Grace Kelly, among others. It ends at the house where Audrey Hepburn’s character, Holly Golightly, from Breakfast at Tiffany’s, lived. The tour is also interesting for those who love architecture since they show you historical buildings along the way.

Besides being dressed in vintage clothes, Jenny and Pandora act out scenes from old movies and books to make the experience more real. And there’s even a stop for drinks at the traditional Monkey Bar! For about two and a half hours, you will go back in time and feel inspired by the glamour of New York.

For booking the tour, you can access the Old NYC Glamour Airbnb’s page. The special holiday tour is also available now.