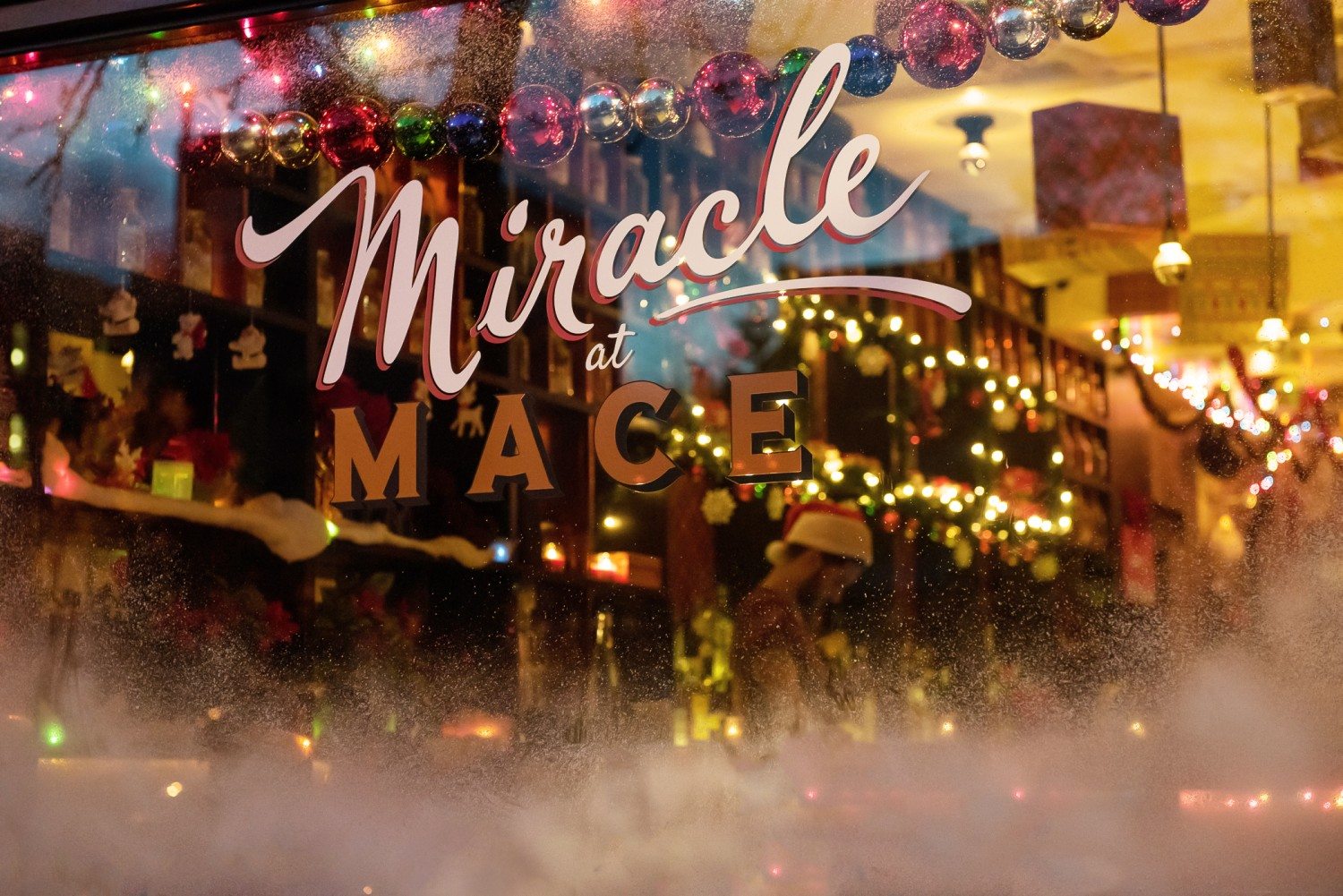 Today, Nov. 25, brings the launch of two holiday pop-up bars, Miracle and Sippin’ Santa’s Surf Shack. The launch of these two spots — which will both be open through Dec. 24 — is not the only thing special about this news story, as both bars now have additional locations around the world.

Miracle features a drinks list created by Nico de Soto of Mace and Danico, one such example being the Christmas-politan: a twist on the Cosmopolitan, as made with vodka, fig and spiced cranberry sauce. Miracle’s drinks are served in some of the Cocktail Kingdom’s finest custom vessels — because yes, sipping a cocktail from Santa’s head does make it taste better!

This year Miracle will appear at the following list of bars around the world:

Sippin Santa’s Surf Shack has a menu created by legendary tiki cocktail experts from across the country, including Beach Bum Berry of New Orleans’ Latitude 29 and his head bartender Brad Smith, Paul McGee of Chicago’s Lost Lake and partner Shelby Allison, and the beverage director of Sippin’s original location, Sam Gauthier. A holiday tiki paradise, Sippin’ Santa’s whisks you away to a tiki wonderland amidst the snowfall with a stunning list of Polynesian cocktails with a holiday twist. The Sippin’ Santa menu, which is identical in all three bars, contains nine cocktails with three contributed by each talented bar team.