Mio: Train with Heart and No Strap 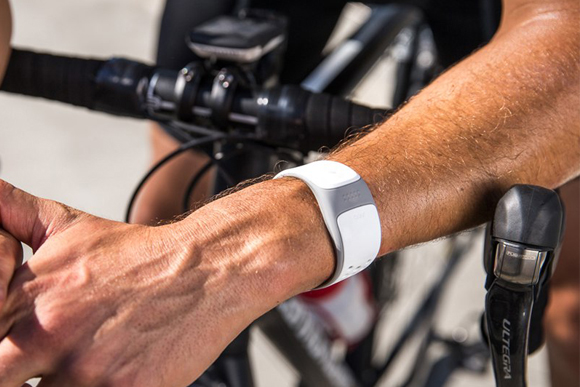 Invented in the late seventies, heart rate monitors have become essential for “intensity training” which gained popularity in the mid-eighties. Since the invention of these early monitors, no one has designed a unit sans chest strap until now. Mio is the first ever monitor to measure performance level heart rate without the use of a chest strap. Using an electro-optical cell, heart rate is measured by LEDs which harmlessly penetrate the skin and detect the pulsing of blood flow in your vessels. This innovative technology makes the use of training with a monitor much less cumbersome as the need for the uncomfortable, restrictive chest strap is eliminated. It can be worn like a wrist watch and nothing else is needed. Currently two units are being offered by Mio: the Alpha and the Link. Both use the patented Mio technology to measure heart rate without chest straps. The water-resistant units share many similarities and both are Bluetooth smart. The rechargeable battery life of the Alpha is approximately 20 hours when used continuously, compared to about 8 hours for the Link. The Alpha also displays continuous data while the Link does not. Lastly, the Alpha is a much larger unit in size than the smaller more sleek, Link. I have been using both units for one month now and they both perform as advertised. Putting on the monitor takes seconds and it instantly displays your data. I must point out that neither unit records/stores data by itself, however both can be linked to your favorite fitness apps for analysis. Both offer the user instant and accurate HR data but nothing more.  So if your purpose for a HR monitor is instant data without a chest strap, then this unit is for you. MSRP for the Alpha is $199 and $99 for the Link.