LOVE IS ALL WE NEED 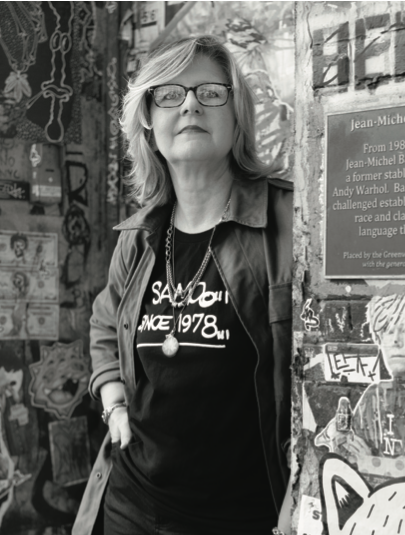 The summer 2020 print issue of Downtown Magazine was dedicated to the healthcare and essential workers of New York City, our Editor in Chief’s opening letter.

about an experiment that behavioral scientists performed with Rhesus monkey babies. In one part of the experiment, they separated the infants from their mothers and put them in a room with two mannequins, one a wire frame with a bottle, and the other covered in comforting terry cloth but with no food. The babies overwhelmingly chose the soft comfort of the terry cloth, even though they were hungry.

The image of those little monkeys clinging to their terrycloth “mama,” sticks with me to this day. As it turns out, that famous—and famously controversial—experiment was performed by Harry Harlow at the University of Wisconsin in the 1950s and 60s, and it revolutionized everything we believed about child psychology up until that point.

In a nutshell, it made clear that love is critical to survival. It isn’t enough to have food and water and shelter. Up until the point of that experiment, children in orphanages frequently did not survive because they had no one to show them affection, no warm beating heart to snuggle against, no strong arms to embrace them. With no sign of affection anywhere, they withered and died.

When children were hospitalized, their parents were not allowed to comfort and hold them because it was believed that if a parent responded to a child’s cries with affection and warmth, it would produce dependent, non-functioning adults. After Harlow’s study was published, everything changed.

For most of our existence, we believed that we were the only species on this vast, teeming planet who felt joy and sorrow, and that even the juveniles of our own species were not capable of having valid emotions. Frankly, I think what really sets us apart is hubris. Of course, we now know that all manner of diverse species feel a wide range of emotions, including empathy, and yet, our superiority complex stays with us still.

It is partly our hubris that helps us survive a catastrophe. We swagger around, chests puffed, hands on our hips, saying things like, “We’ve GOT this.” That can be a good thing. It takes courage and a healthy dose of adrenaline to get through a catastrophe. You have to believe in your own power to get you through the hard times. And these are hard times.

As I write this, over 160,000 Americans have been lost to COVID-19. In a matter of a few months, this virus has changed life as we know it, both here in our beloved downtown community as well as in every corner of the globe. To meet the challenge of this crisis we have been asked to do our civic duty by staying home, maintaining physical distance, foregoing traditional celebrations, gatherings, and daily routines, and wearing masks.

But as crises often do, COVID-19 has placed certain facts in high relief. It has revealed something about privilege and need in our society. It has redefined who is essential to a comfortable life as we know it, and that list includes healthcare workers, first responders, transit employees, grocers, delivery people, mail carriers, chefs and restaurant workers, home healthcare workers, pharmacists, sanitation workers, and so many more who don’t have the luxury of staying home.

On the heels of COVID-19, another kind of epidemic has amplified the disparity in our society. The racism that some Americans live with every single day has become even more intolerable against the backdrop of a disease that disproportionately affects BIPOC (Black, Indigenous, People of Color).

In the wake of the deaths of George Floyd, Breonna Taylor, Ahmaud Arbery, and so many more, people everywhere are finally waking up to the fact that it is no longer good enough to espouse catchy slogans and wear supportive t-shirts. Real change must begin with a commitment to challenging ingrained habits and having difficult conversations about race, equity, and justice. And then following that with a renewed dedication to creating space for all voices to be heard. Real change must be won at the ballot box, on the streets, and in the boardrooms.

LOVE IS ALL WE NEED

This is all connected. The baby Rhesus monkeys chose a warm embrace. Children in orphanages died for lack of love. During protests across the country, an organization called Wall of Moms stepped in to protect peaceful protestors from federal troops, because nothing is stronger than a mother’s love. George Floyd, in his final moments, called for his mama. We have been prevented—because of a microscopic viral death machine—from enjoying the warm embrace of the people we love.

We have witnessed pain, violence, and tragedy—on the news and in front of us, in our neighborhoods, and in our homes. Our loss is incalculable, our grief spills over. We are a nation suffering from PTSD, and it is hard to see a way out. But make no mistake, there is a way out.

Congressman John Lewis, who passed away on July 17, sent an essay to the New York Times, to be published on the day of his funeral. Having lived through his own trauma as he became the conscience of this nation, he had the perfect words to guide us through this current trauma. “When historians pick up their pens to write the story of the 21st century, let them say that it was your generation who laid down the heavy burdens of hate at last and that peace finally triumphed over violence, aggression, and war.

So, I say to you, walk with the wind, brothers, and sisters, and let the spirit of peace and the power of everlasting love be your guide.”

Everlasting love. Amen to that.