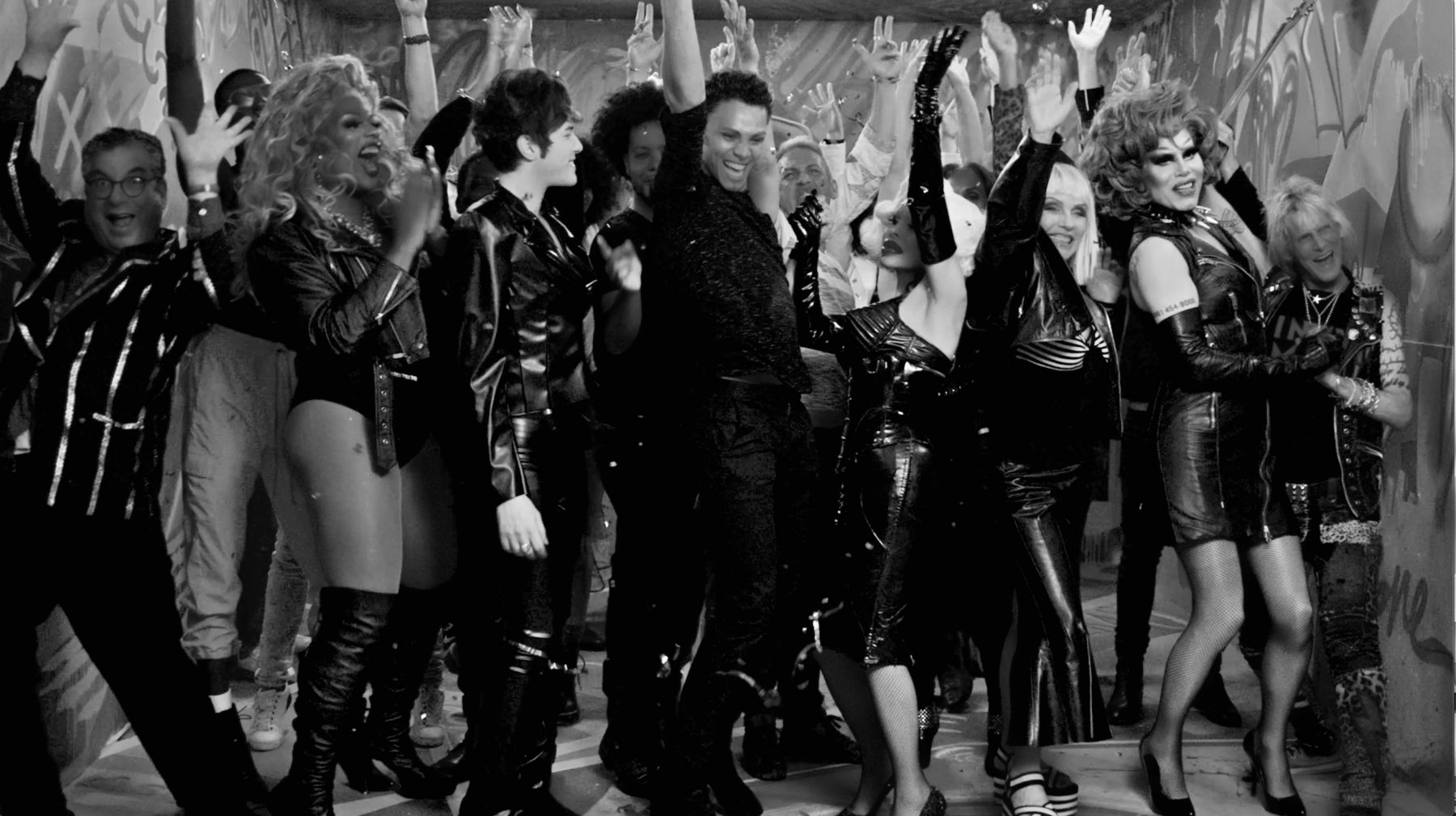 With Pride Month in full swing, New York City is alive with color and empowerment. This year, there is an added sense of importance in the air with the 50th anniversary of the Stonewall riots that began the movement for LGBTQAI+ visibility and acceptance. In the last fifty years, the movement has evolved immensely; moving from having to force visibility with violence, to having the ability to celebrate the queer community, and celebrate it loudly.

NYC musician, songwriter and DJ, Greko, is one of those loud voices, especially this year with the release of World Pride anthem: #LIFTEMUP. The song is a group collaboration featuring Greko himself, RuPaul’s Drag Race winner Sharon Needles, legendary Blondie frontwoman Debbie Harry, groundbreaking Broadway superstar Peppermint, and iconic glamour queen Amanda Lepore. Streaming proceeds are donated to LGBTQAI+ charities around the world with the 5 artists choosing a different charity to align with every two months.

The song is vibrant, fun and uplifting, for both its catchy sound and its inspiring message of camaraderie and love. It’s timely, it’s meaningful, and it’s the perfect tune to blast as you celebrate pride, even after June ends.

Greko invited Downtown to Blonde + Co Creative Agency who produced and directed the music video.  The company donated their two studios in which #LIFTEMUP was filmed.  I got to engage in conversation with Greko, Julie Stahl, Blonde + Co’s founder / Co-director of the project, and behind the scenes photographer Ann Lawlor.  We spoke about the new song, its vision of empowerment for the LGBTQAI+ community, and the hard work that went into creating #LIFTEMUP to appropriately deliver its message on film.

Downtown: Can you explain a little about the shoot, Blonde + Co and this space?

Julie Stahl: We’re a creative agency and production company, we create campaigns and content all the way through.  However, our wheelhouse is mainly beauty, fashion and lifestyle.  Considering the cast of characters involved with #LIFTEMUP, we knew that we could create something so perfect for this project.

Ann Lawlor: It was an incredible shoot to be a part of.  Everyone involved was extremely talented and supportive. The energy on set was completely contagious!

DT: How did the collaboration between you come about?

Greko:  Well the 50th anniversary of The Stonewall Riots was a major catalyst in creating the song, and including all of these people.  We were working in the studio recording the track, but there was no actual plan to do a music video. I didn’t have the ability or access to blow this out the way that I knew it needed to be done.  You know, in order for a song to be effective in this day and age it needs creative media content.  So through Ann, Julie and I became connected.  We had a meeting here at Blonde + Co and after I explained the whole project, before I could finish,  Julie was just like “yes, yes, yes, let’s make this happen.” Honestly, I didn’t know what that would entail, this is not my industry. I perform, I write and produce songs, but yea, this whole thing was very new to me, and Blonde + Co has gone above and beyond. They have given their absolute all to this project. As I’ve gotten to know the entire team here, especially Julie, you realize that people do actually care about the LGBTQAI+ community, and that there are true allies here for us. That’s the positive energy and take away I have from working with Blonde.

Julie: The funny thing was… so originally it was going to be a photoshoot, and then “oh let’s get a bit of video,” and I was like “no, this is bigger than that.”

Greko: There had to be about 80 people here on Monday for the video shoot.  Everyone just donated their time, no questions asked!  It was absolutely incredible.  People flew into New York for this thing.  It was really beyond my wildest dreams.

Julie: Yeah, everyone was just so generous, it was unreal. The Director of photography Jendra Jarnagin canceled a trip to California just to join us.  I mean, when they learned about it and saw Mike’s creative vision, it was like “I’m in.” It was a beautiful moment, it really was.

DT: How would you describe your creative vision?

Greko: Well the song is called #LIFTEMUP and while the message is to be taken seriously, I wanted the music and overall vibe to be lighthearted with memorable dance hooks.  I love NuDisco and house music, from my experience here in NYC, that’s what our community dances too.  It’s the heart and origin of the modern artistic gay club scene.  So to me, it was a really important element to keep alive throughout the song.  However, we also wanted to be acccesible to the pop music world as well, which is difficult.  You know, you try your absolute best, bounce ideas off people, attempt to follow the patterns and rules of songwriting et cetera… but you still never know what your audience will say about it.  Lyrically, I knew the way I worded the songs message would make or break it.  The themes within the song needed to be displayed in a special way.  So I called Sharon Needles who is a wordsmith and creative genius when it comes to this stuff.  Low and behold, she wound up co-writing a majority of the lyrics with me.  We focused on being less cryptic and more straightforward.

DT: What would you say is the overall message?

Greko: The message of the song is to look out for people in the community who are struggling. If we are to face the world, we must face it together, and our responsibility is to empower the most marginalized and embattled among us. To #LIFTEMUP. Even if it’s the littlest thing! Be friendly, engage with people even if they aren’t your closest friend. Make more of an effort to ask how someone is doing with their job, relationships, or life in general. You never know what a person is going through, they might really need that interaction. I just think it’s our job to make the effort and be more aware of our LGBTQAI+ family around us.

DT: Can you talk a little bit about the people collaborating on the song with you?

Greko: I think everyone who is a part of this project has different personalities. There are five main artists – Debbie Harry, Sharon Needles, Peppermint, Amanda Lepore and myself.  We all are good friends and fabulous freaks, but everyone really does have their own thing going on.  So it’s kind of funny.   I would say that in the end, we all strongly believed in this message, especially when we consider our own lives and experiences.  Everyone’s a little rock n roll, everyone’s a little downtown New York, and you’ll see that the music video reflects that community.

DT: What made you have the initial idea?

Greko: Well at this point in my life I was thinking… I’m sick of writing things based around the same emotions and topics that most songs discuss. Being in love, breaking up, partying with your friends in a club, etc. We have enough music being released telling those stories.  I wanted to do something that’s more impactful, specific and in your face. Something that talks to my people, my community. It’s like what Sharon Needles said on the day of the video shoot… she stopped everyone on set and said “I just want to thank everyone, this is a really big deal and it means something because there’s a twelve-year-old us that’s going to listen to this song and hopefully take something away from it.”

Julie: And it coincided with the 50th anniversary of The Stonewall Riots.

Greko: Oh yeah, well that was the big inspirational push for this of course. We all really related to the idea of lifting up people that surround you to make a difference.  It took one bisexual trans sex worker to throw that first brick at Stonewall, and with that, her movement inspired others to join.