A Lifetime of Entertainment in Just Jim Dale 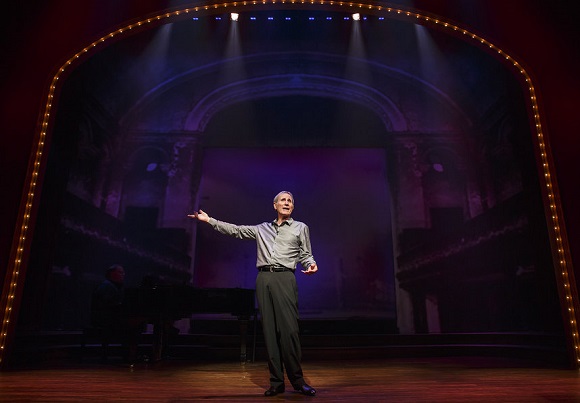 Jim Dale is a one-of-a-kind performer in his one-man show.

Performing on stage isn’t just a profession, it’s a way of life. The roar of a crowd’s laughter can be intoxicating to the person delivering the jokes, and many who experience the limelight adopt the stage as a second home without looking back. Broadway is arguably the epitome of live performance, so a life dedicated to The Great White Way produces stories worthy of the stage all on its own.

Just Jim Dale, as the name suggests, is one of those life stories. Jim Dale has performed professionally since the age of 18, and 60 years later he still relishes standing in the spotlight. Dale’s newest production recounts the “nearly true story” of his experiences as one of the foremost actors/singer-songwriters in recent memory.

The director of Just Jim Dale, Richard Maltby Jr., called Dale one of the great stage entertainers of all time, and said it’s a thrilling experience to see him perform something so personal.

“Every now and then we know we’re in the presence of someone who just knows how to do this,” Maltby said. “You sit there awe-struck because you really don’t know how they know how to do it. The great entertainers just know, and they can control the house.”

Throughout the show Dale highlights some of the many career avenues he’s explored in his illustrious life. From his Tony-winning performance in Barnum to his acclaimed work narrating the Harry Potter audiobooks, and everything in between, the aged, but jovial man delivers every prose and every lyric with impeccable inflection. Maltby said Dale’s miraculous talent can bewilder audience members.

“What most people are absolutely astonished by is that Jim is 78 years old, and I swear 40 of [those years] disappear the moment he walks on stage,” Maltby said. “You can’t believe the amount he puts into the show. It’s simply astonishing, and kind of rejuvenating.”

Just Jim Dale is a showcase for the veteran entertainer, but he enlists the help of his personal pianist, Mark York, to bring new life to the songs Dale has written and/or performed during his career. “Georgy Girl” is a song many people know, but few know it was written by Dale, along with Tom Springfield, and Dale performs the Academy Award-nominated classic to the delight of the audience. Singing, dancing, and slapstick comedy are just a few of the tools used by the classically trained, Shakespearean actor.

Maltby said Dale looks to use his entire bag of tricks to make audience laugh at least every 15 seconds, so fans of Dale’s work and newcomers alike are kept on the edge of their seats, guessing what they’ll see next.

“A lot of people come in not knowing what they’re going to see,” Maltby said. “Some people know one of his careers and don’t know the rest, and by the end of the show they have fallen in love and they’re standing on their feet cheering for this man.”

Just Jim Dale is a hilarious and touching look into the life of someone who has literally seen and done it all in the entertainment world. Dale is a rare breed of performer who is more at home on stage than anywhere else; as Maltby said, these kinds of performers are not entirely themselves until they’re entertaining a crowd. Just Jim Dale illuminates a lifetime of one man’s passion to bring happiness to an audience through many mediums channeled into one uproarious show.