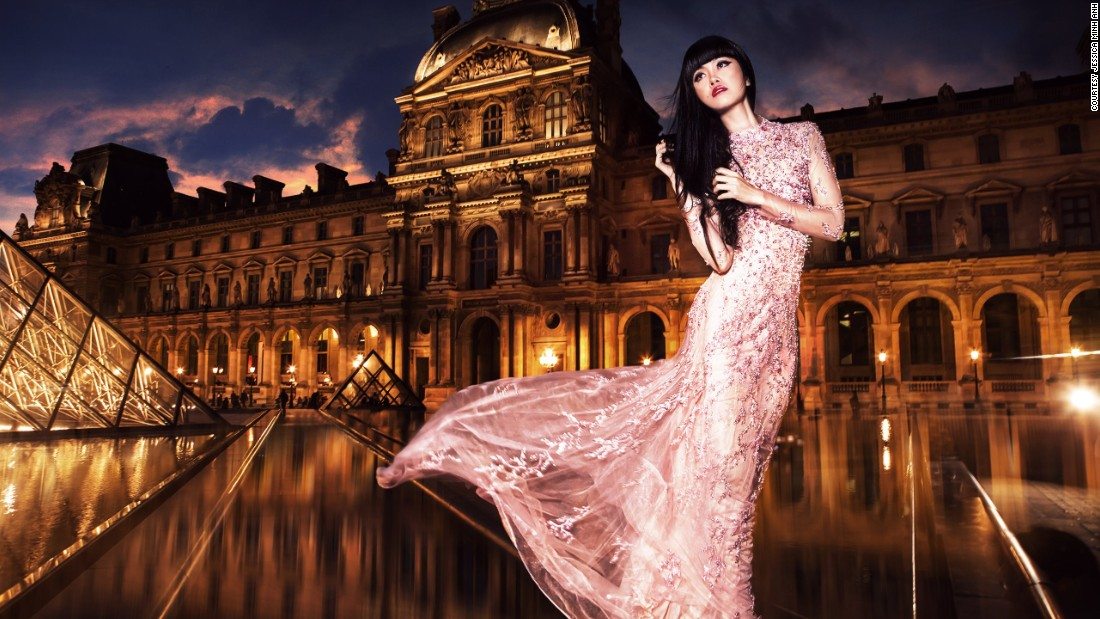 JMM Paris, under the creative direction of catwalk queen Jessica Minh Anh, is the number one fashion show production agency with the most extraordinary catwalk concepts. They have continuously made history atop the world’s most famous architectural, natural, and technological wonders including the Eiffel Tower in Paris, One World Trade Center in New York, Tower Bridge in London, PETRONAS Twin Towers’ Skybridge in Kuala Lumpur, and Gardens by the Bay’s Skyway in Singapore.

The company impressively broke the record with the world’s highest fashion show on the Grand Canyon Skywalk at 4,000 feet, and the world’s first solar powered catwalk at Gemasolar power plant in Spain. Beside sky-high productions, the company is also well-known for hosting iconic floating catwalks on the Seine River and Hudson River. JMM Paris’ latest fashion innovation, which combines height and water, is the sky-high ocean catwalk series hosted atop the world’s most luxurious cruise ships. On Oct. 23, Jessica and team will be presenting another event of their series on the AIDAluna.

The upcoming Oct. 23 even will not be the first time that Jessica Minh Ahn and team have presented prominently in New York City. Last year, in March 2015, Jessica presented New York in a new light by transforming Hudson River’s one and only glass boat into an iconic floating catwalk. Thanks to the panoramic view from the boat, not only presenting New York’s famous skyline but also architectural wonders such as the Brooklyn Bridge, Empire State Building, and the aforementioned One World Trade Center.