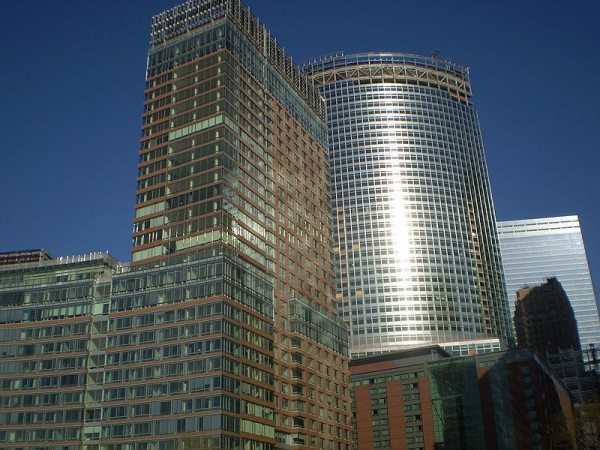 Goldman Sachs Headquarters in Downtown Manhattan provided the venue for the opening ceremonies of the Inaugural Triumph Games.

New York’s Captain Ben Harrow will be among the heroic wounded warriors and athletes competing this week in the inaugural Triumph Games right here in the city.

The opening ceremonies were held Downtown yesterday at the Goldman Sachs Auditorium on West Street.

This inspirational event showcases the athletic excellence of 12 military veterans who will compete in three grueling rounds of competition, including a triathlon, e-sports and motorsports.

Captain Harrow – a decorated war hero from Great Neck, Long Island – who tragically lost both legs and two fingers while leading a team of Green Berets on an anti-terrorism mission in Afghanistan – is a sterling example of the kind of athletes competing in this historic competition.

New York Knick legend, and fellow Zipway spokesman John Starks, was there to cheer on Ben Harrow at the Inaugural Triumph Games at Battery Park.

The games will run through August 29 and will be telecast on the NBC Sports Network in October. The broadcast will be hosted by the Today show’s Al Roker and Patrick Murphy, anchor of MSNBC’s “Taking the Hill.”

The event will be co-sponsored by SoldierSock and the WWE to promote stories of successful military veterans and create awareness for Soldier Socks, a non-profit dedicated to helping injured veterans take their next steps.

“It’s a privilege to partner with the first-ever Triumph Games and use WWE’s global reach to tell the incredible stories of 12 courageous military veterans and competitors,” said Stephanie McMahon, WWE Chief Brand Officer.

Cpt. Harrow is also a spokesperson for Zipway adaptive clothing line for the disabled. The innovative technology allows caregivers easier access to assist people with disabilities.

He hopes that his participation in this event will all attention to their plight and maximize the potential for this technology to help them.

Competition will continue with Round One today at the Triathlon/Obstacle course at Lefrak City, Gaming at the Times Square Art Center tomorrow and Friday, and the Motorsports Challenge at the Wilzig Racing Manor in West Taghkanic, New York.